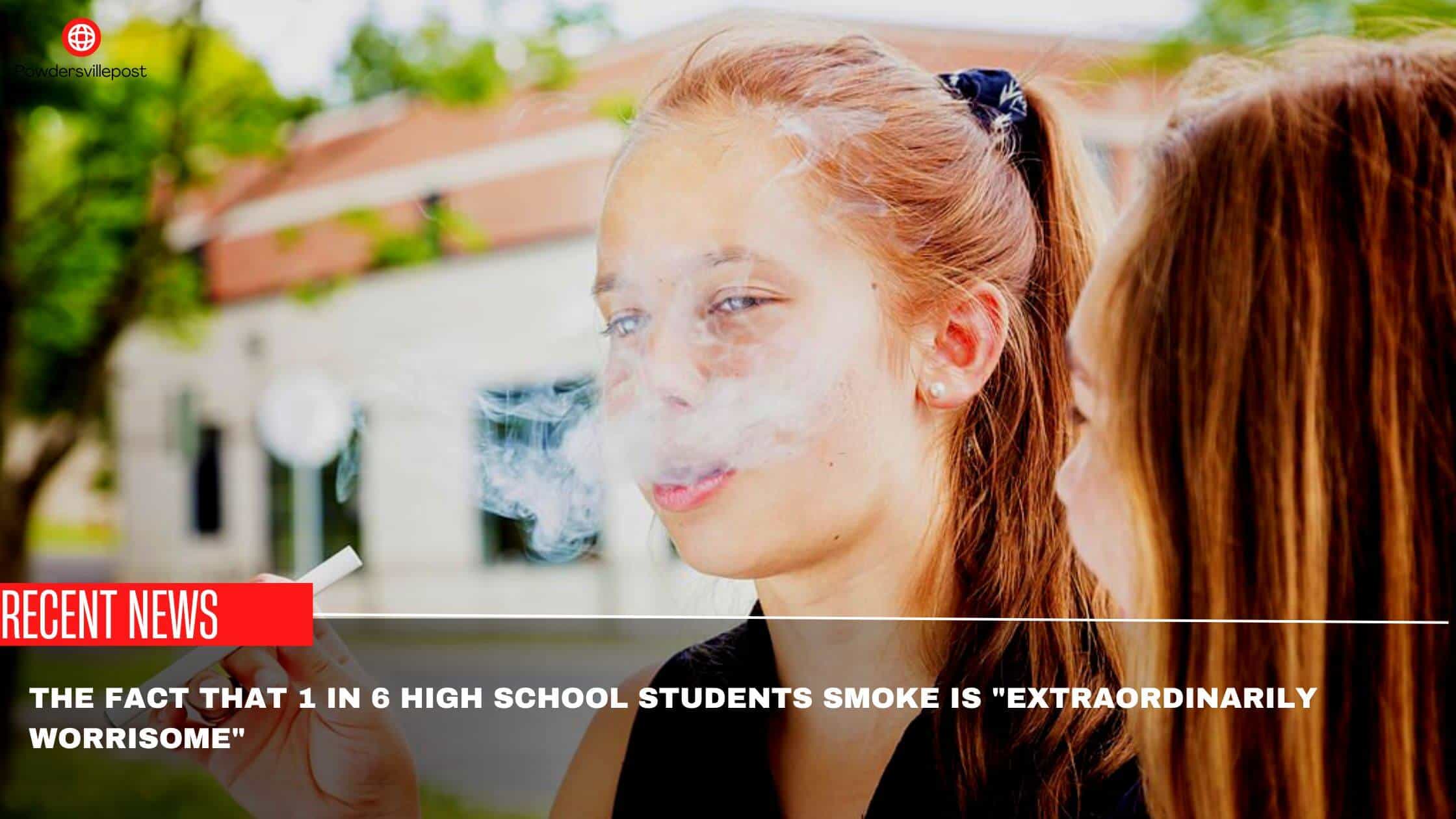 In a shocking study done by US federal health officials, it was found that young students are becoming habitual smokers of tobacco. The study was done as part of a 2022 National Youth Tobacco Survey and was done from January to May.

The researchers who were part of the study warn that vaping or smoking nicotine-based products can be addictive and will prove harmful to developing adolescent brains.

The study also found a close relationship between the habit of smoking and low grades in schools. When a student scores low grades, it tends to put pressure on them and they might turn towards tobacco or other drugs as a fallback.

1 In 6 High School Kids Smoke Which Is “Extraordinarily Disturbing”

There are other categories of kids who suffer from some kind of psychological issues or kids who belong to gender minorities were also seen to be on the higher end of tobacco use. Social pressure and taboo can be a marker for these kinds of behavior or drug use.

Across racial and ethnic lines, the use of tobacco is found to be the highest among Alaskan and Native American children followed by Non-Hispanic White youths who use e-cigarettes.

Black youth are known to use combustible tobacco and this can include products like Cigars. Exposure to more cigarette-related advertisements is also known to be one of the reasons that can increase tobacco sales among these youths.

The study done jointly by the Centers for Disease Control and Prevention (CDC) and US Food and Drug Administration (FDA) warns that tobacco addiction among youth is a very serious issue that not only endangers the health of the individual but the spirit of the whole nation.

It’s high time that the reasons for this issue need to be found out and addressed so that we will be able to help our young generation to quit addictive habits and also enable them to get the best choices to lead a healthy life.

Tobacco products have to be kept under strict surveillance and also better strategies have to be put in place to control the use of tobacco-related products, especially by underage kids.

FDA has to work out regulation guidelines that would further assist in the drive to lower tobacco use throughout the US. The number of kids who use tobacco in high school and middle school comes up to a staggering 3 million in the whole of the US.

The alarming number of kids being addicted to smoking or vaping needs to be seen as a red flag on tobacco consumption and possible drug overuse.

🔵Emerging Trends to Expect in the Tobacco Industry in 2022

The US has been facing similar issues of drug overuse in adults too as millions of US adults are falling victim to opioid drug overuse.

The CDC recently released an updated guideline regarding opioid use and control that tries to tackle the issue at a sensitive level as there are many people who depend on legal opioid medication for managing chronic pain.

Unlike the issue of children’s tobacco use, a complete control or limitation of opioid medication isn’t going to provide any solution in this matter.

Federal officials are working out a multi-faceted strategy by regulating drug imports into the US from other countries and cutting the supply of illegal synthetic drugs like fentanyl, heroin, etc.

On the other side, they are sensitizing doctors and citizens about the controlled and progressive use of opioids for improving the quality of life for US citizens.