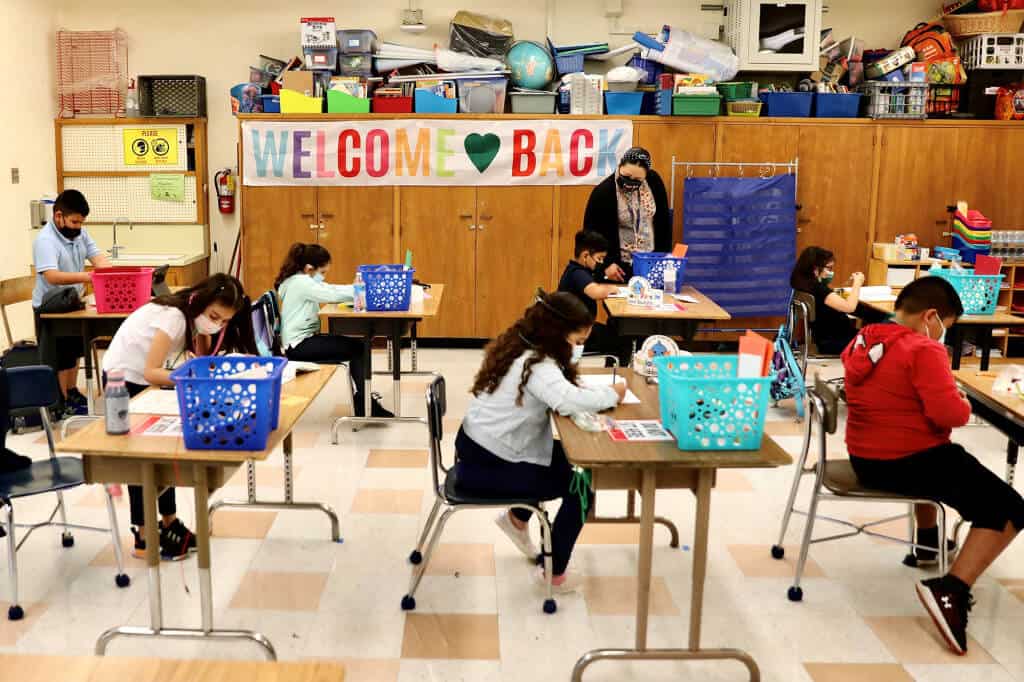 The Delta variant is rampaging through Mississippi. 1000 children tested positive for COVID 19 after the school reopened in the State. Thousands more are sent to quarantines.

Almost 5000 staffs, teachers, and children are in quarantine as the new school year started in Mississippi.

The State reported 69 outbreaks between August 2nd and 6th. This was the second week since the reopening of the schools and already 1000 children and over 300 staff had tested positive for Covid-19.

Many of the schools had issued mask mandates. But it was not applicable to all schools in the State. The State Medical Association had requested all schools to do so but certain among them refused to listen.

Mississippi is one of the States with the lowest rate of vaccination. The Delta variant is causing a surge in many districts. Hospitals are on the verge of tipping points. And they are experiencing a shortage of ICU beds.

Mississippi’s early start of the school year offers a grim reminder to the 50000000 children who are yet to return to school.  Most of them have mask-optional guidelines.

Lamar County in Southern Mississippi closed two of its schools in the last week of July. Students were asked to go back to virtual learning until August 16. They did it after a slow reopening that resulted in six staff and 41 students testing positive for Coronavirus in a high school. The situation forced the authorities to quarantine more than 1000 people including staff and students.  This provides real-world data of how contagious the Delta variant is, say, officials. The school reported only five cases among students and five among its staff.

Certain Republican Governors, however, ignore the warnings from the States like Mississippi under mask-optional guidelines. In certain states, there are also executive orders barring Government entities from issuing mask mandates. In Mississippi, more than 800 people had to be quarantined just from one school immediately after starting the New Year.

White House Press Secretary, during a press briefing, warned Republican governors who block mask mandates. She told them that the country is actively looking for ways to protect children from the pandemic. Schools have to follow what science says and do the right thing. If the Governors are not interested in issuing mask mandates to offer some sort of comfort to parents when they send their children back to school, they have to go out of the way. The public health officials and local authorities will do their job.

Here is a list of the ten States where the rate of vaccination is at the lowest:

Almost 61000000 people who have not yet received the first dose of the vaccine live in these States. And the rate of vaccination here is below 50%.

Covid-19 cases are on the rise since July and officials say that the Delta Variant is causing the surge although the blame partly goes to the local people and authorities as well due to their negligence. The numbers are high especially in the areas where vaccination is moving at a slow pace.

The Delta variant, however, is offering a silver lining as people are getting afraid of succumbing to it and thus vaccination numbers have gone up.