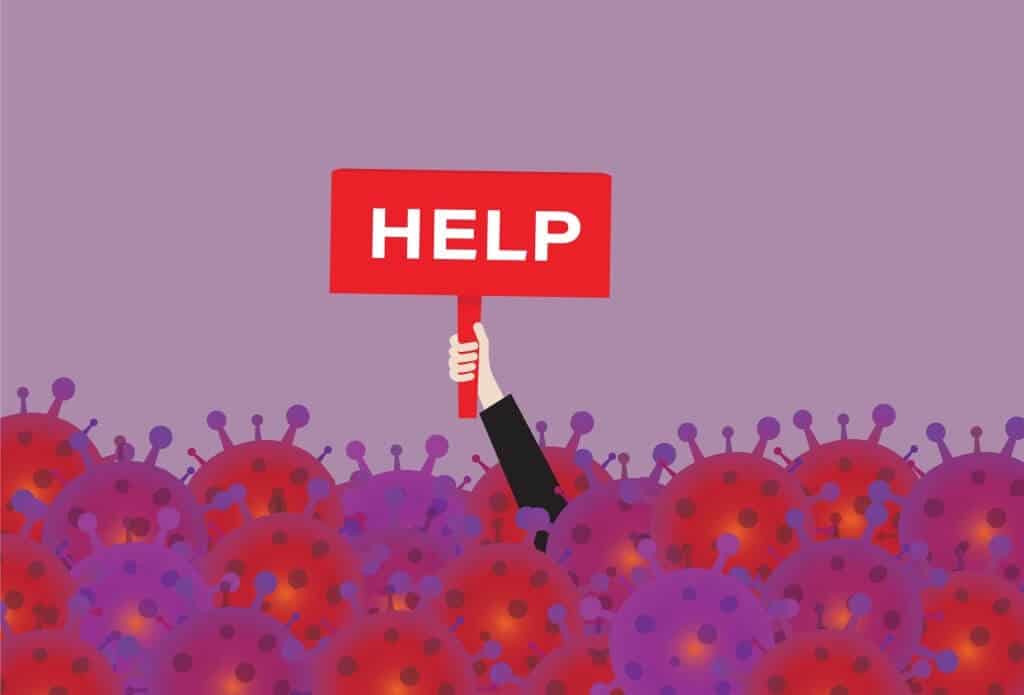 In the history of pandemics in America, 2020 will always be remembered as the worst year that closed down travel, sports, schools, businesses, and everyday life. But it seems like 2021 is surpassing it.

In 2020 nearly 352,000 people lost their lives to coronavirus. In 2021 we would expect these numbers to fall considering the widespread availability of COVID-19 vaccines. However, the numbers have doubled. This year has crossed 704,000 deaths, which is twice its predecessor.

The Washington National Cathedral has planned to ring its bell 700 times on Tuesday in memory of dead people.

According to the data from Johns Hopkins University, there has been a downfall in cases. This ceremony comes after this announcement. Compared to a month ago, hospitalizations have lowered 26.9%, and ICU beds occupancy has fallen down to 25.3%. Deaths too have decreased up to 12%.

But the highly infectious delta variant, paired with the spread of misinformation is keeping people from getting vaccinated, leaving the country vulnerable to any more surges or deadly new variants. Nearly 70 million eligible people in the US remain unvaccinated.

According to Merrick Garland, the Attorney General, the Justice Department is set to take action on the increased violence and harassment against school personnel.

Because of mask mandates, there have been cases of hostile behavior directed towards staff members, teachers, board members, and school administrators. Garland believes that this should be restricted and punished.

Working at Chicago O’Hare’s International Mail Facility, the Customs and Border Protection officers of the US caught 41 fake vaccination cards. According to Steve Bansbach, the spokesperson of the Chicago Field Office, they also caught hydroxychloroquine pills and ivermectin tablets. These medications are not authorized to prevent or treat coronavirus, but it hasn’t stopped people from consuming it for the same purpose.

According to Bansbach, the packages were labeled as Greeting cards and came from China, addressed to Houston, Texas, and Seagraves. CBP said that efforts to make them resemble authentic cards from CDC were made but it was low quality along with many other discrepancies.

Chicago Field Office’s director of Field Operations LaFonda Sutton-Burke said that their officers will fight such crooks who make profits from such unfortunate events like pandemics.

The Centers for Disease Control and Prevention has urged people to postpone their trips if they are unvaccinated, and resume after getting vaccine shots.

In a travel guidance update on Monday, the CDC said that it is safe only for people who are fully vaccinated with authorized vaccines. They also wrote guidelines for unvaccinated people for whom travel is a must.

They also updated a list of countries in which Americans should avoid traveling because of the high number of cases of COVID-19. Croatia and Barbados are the latest editions. Countries including Aruba, the United Kingdom, Jamaica, Greece, and Belize should be avoided.

On Tuesday, Johnson & Johnson announced that they submitted data to the Food and Drug Administration proving the safety of their booster doses. Their data which was published last month states that a third dose administered 56 days after two primary doses provides protection up to 94%, and prevents hospitalizations completely.

The J & J research executive, Mathai Mammen said that they are looking forward to meeting with the FDA that will possibly grant them approval.

Washington state’s officials confirmed on Tuesday about the death of a King County resident who died of a blood clot after receiving the J & J vaccine. She was the fourth such case.

According to Johns Hopkins University’s data, there have been 43.8 million confirmed cases of COVID-19 in the US, with more than 704,000 deaths.