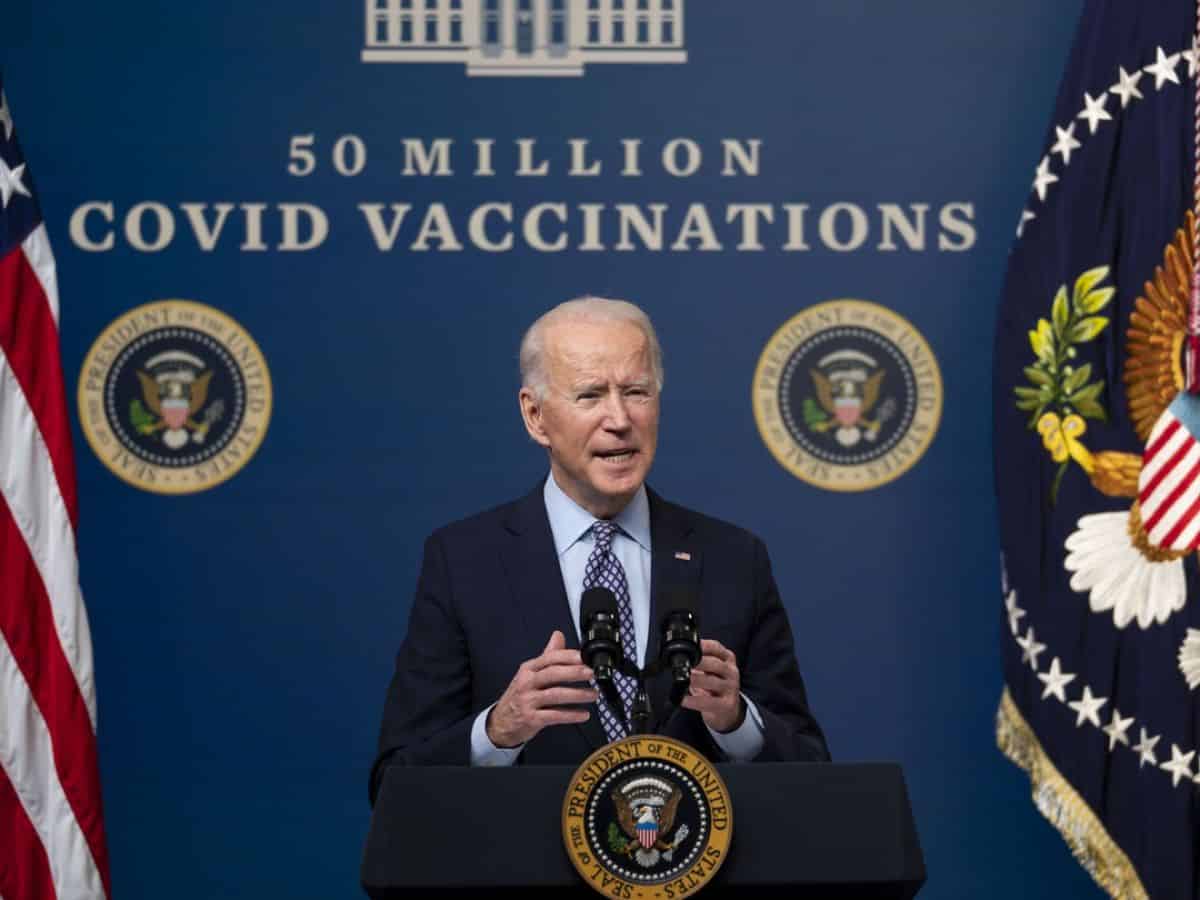 This Independence Day for the U.S., the 4th of July, has been earmarked for vaccinating 70 percent of American adults. The goal is to ensure that individuals receive a minimum of one dose of the vaccine to curb the spread of the coronavirus.

The U.S. president has urged people in their twenties and thirties to get themselves vaccinated at the earliest. The administration is set to ramp up the inoculation process once the Food and Drug Administration authorizes the Pfizer-BioNTech vaccine. This is mainly for children aged between 12 to 15.

Biden corroborated at the White House this Tuesday that a massive milestone is to be achieved. One includes 70 percent of Americans being the recipient of one dose of the vaccine shot while 160 million are getting fully inoculated.

With a period of sixty days in hand, the Government has a lot on its shoulders. Covering over 100 million shots dedicated for the first shot and the rest for the second.

Biden earlier had made announcements for July 4 that was set as a targeted date for allowing small gatherings of people. Thus, boasting of signs of returning to normalcy.

The latest developments stemmed from the scarcity of vaccines that has led to a shift in the process. One that has also fuelled the scarcity of demand amongst people owing to hesitancy for getting vaccinated. Thereby slowing down the target of achieving herd immunity.

Nine hundred sixty-five thousand doses of vaccines are administered each day across the U.S. currently. The rate of vaccination has halved than what were the figures some three weeks prior. Multiple states have unordered doses as remnants that were allocated by the Government.

Since there is no limitation on the supply of the vaccines, the focus is to convince every American to get themselves inoculated as per the availability.

Biden even corroborated how the effort could see the success ratio going up if every American is as serious as returning to normalcy.

The figures as achieved to date by the U.S. showcases 105 million people being fully vaccinated. At the same time, 147 million people, or 56 percent of the adult population, have received their first vaccine shot.

There is a lot of hesitancy amongst the 20- and 30-year-olds, as stated by the president. They have a fearful apprehension about vaccines. Thus, showing reluctance in getting vaccinated. This stems from the fact that their chances of getting sick are much lower. However, the absolute idea is not to take any risk and get the vaccines prescribed by the Government.

The government officials are prepping up the process to vaccinate the adolescents. This is once the FDA authorizes the usage of the vaccine. The Government is ready to move procuring 20000 plus pharmacy sites as vaccination centers. This is to vaccinate the children upon FDA’s approval.

The local pediatricians would also receive the vaccines to have a direct discussion with their family doctors about vaccinating their kin.

Sports team athletes, especially the younger group, can get their first shot of vaccine at a designated place while the second shot will be decided as elsewhere.

There is a belief that once the vaccination is open the parents would be equally eager to get their children vaccinated. The president also in his announcement informed about a dedicated website and a phone number to decipher the vaccination sites.

The website being vaccines.gov while the phone number is 438829. Wherein individuals can send zip codes to check out the closest vaccination center.

The authorities are taking note of smaller locations to reach out to the unvaccinated people as well as people in the rural areas. The process is being further directed to allow the pharmacies in providing walk-in hours and chalk out mass vaccination centers.