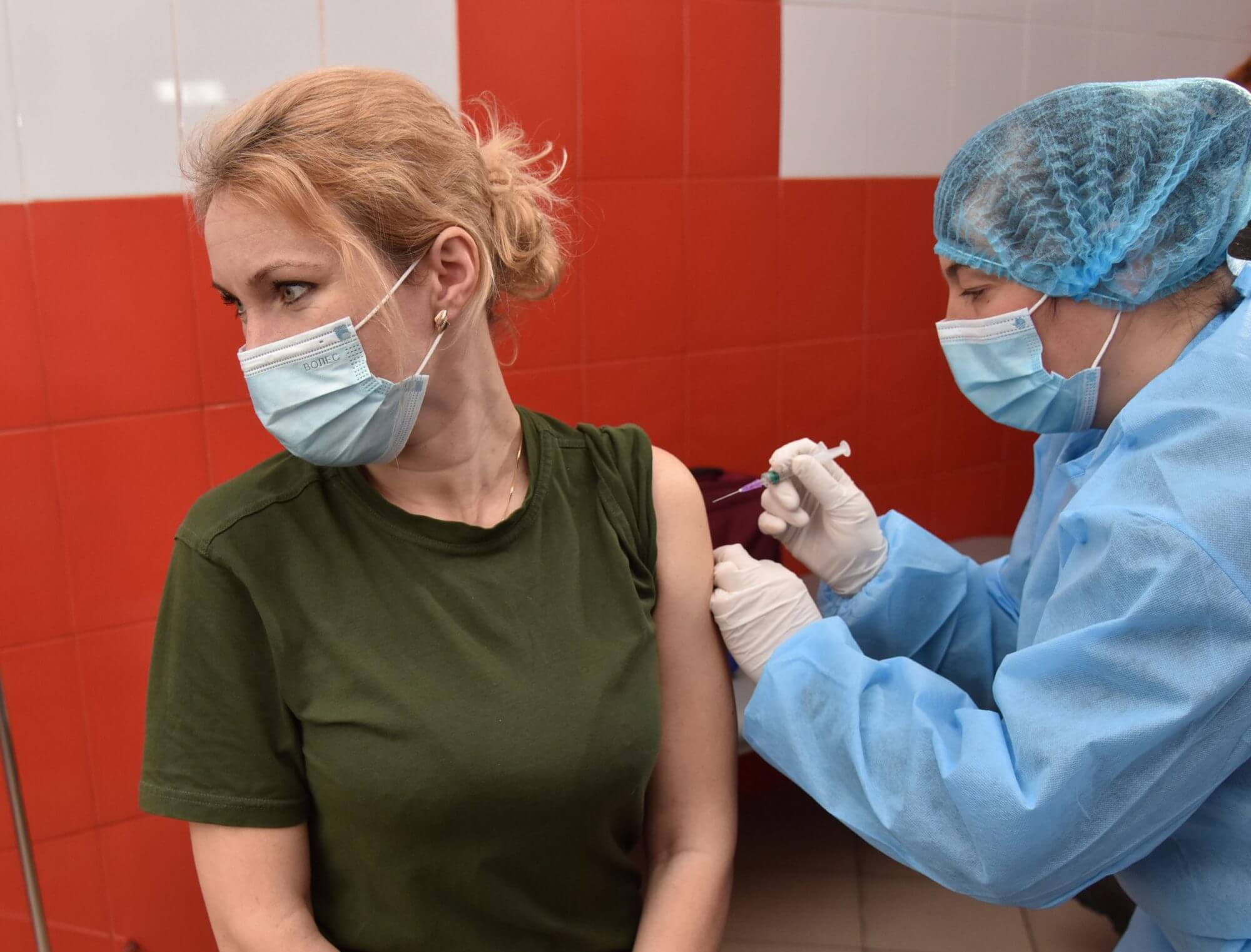 50% of the eligible American population of all ages is vaccinated against COVID 19, White House officials announced yesterday.

The country administered over 821,000 doses of the vaccine in recent days. 565,000 people received their first dose. The officials tweeted the information before CDC published the same on its website. There was an 11% increase in the daily average of vaccinations from last week. It is now 44% for the past 14 days. The achievement is definitely amazing. But the country has to go a long way before it can eradicate the pandemic.

The dangerously contagious Delta variant continues to ravage some parts of the country. Most of the new infections are found in the areas where the rate of vaccination is the lowest. America is seeing more than 100000 new cases and more than 600 deaths per day. This means that we have not yet reached there.

As per the data available, the US is reporting almost 98,500 new infections every day. This is higher than what it was during the previous peak of summer. At that time, the country had no access to vaccination.

Florida, Texas, Missouri, Arkansas, Louisiana, Alabama, and Mississippi are the States with the lowest rate of vaccination in the country. These comprise 50% of the new COVID 19 cases in the entire nation. From last week, one-third of all new infections reported in the country came from Florida and Texas.

The Governor refuses to yield to calls for more mitigation measures for COVID 19 in Florida. But the level of infections is higher than the previous peak of January. At that time, the State reported more than 18,000 new cases every day.

From the past seven days, the daily average of new cases in Florida is 15,800. The outbreak is the second-worst in the country. Florida, now, is second only to Louisiana. The number of deaths is on the rise there; an average of 58 per day.  This is 48% higher than that of the last week.

Health professionals warn that the outbreak will undermine the progress the country attained till now. Schools are about to re-open and employers are planning to bring their works back to the office. The raging pandemic is definitely a cause of concern.

The Delta variant is spreading faster in States like Florida. Experts worry that this will give the virus to mutate and produce more dangerous viruses this fall.

America is about to get back to normal. And this Delta variant is threatening its progress.

As Delta variant spreads more, businesses are issuing vaccine mandates for their staff. Federal Health officials are asking States to offer incentives to the employees who get vaccinated.

People are now feeling the impact of remaining unvaccinated. And they are receiving their shots in large numbers, officials reported on Thursday.

Health officials are also collaborating with 16 other States. They too are seeing a rapid rise in the number of new infections.

In the meantime, United Airlines will require all its staff to get vaccinated. It is the first among the domestic carriers to issue such a mandate. Its employees have to do it either after FDA fully authorizes a vaccine or after September 25, whatever is the earlier.