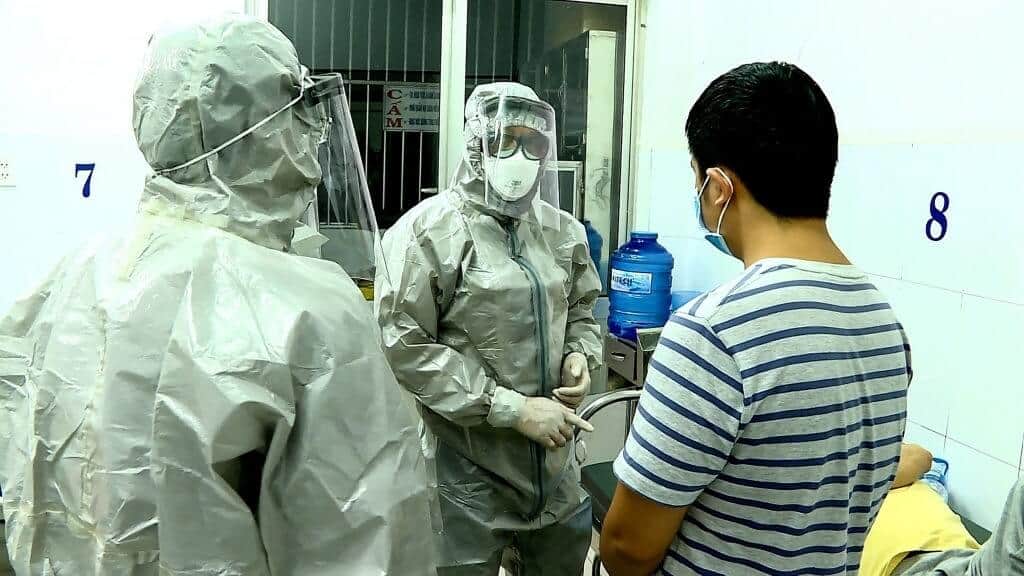 Tiffany Jackson had no idea her two-year-old was sick with COVID-19 early last week. No one in the household was sick. Adrian James had a little cough.

His cough syrup was provided to him, and his chamber was humidified. By Friday, he was sweating profusely and breathing laboriously.

Jackson took him to the hospital in her little town of Mt. Vernon, Illinois, where he was treated. The hospital treated the kid, obtaining a chest X-ray and testing him for COVID. He was subsequently flown to Cardinal Glennon Children’s Hospital in St. Louis, some 80 miles away.

Jackson followed in a car driven by her grandmother. They completed the typically 90-minute trek in about an hour.

“I wasn’t sure if he was going to make it,” Jackson said. “I was in excruciating pain.”According to the Centers for Disease Control and Prevention, her son is one of over 840,000 young children who have COVID-19 in the US (CDC). The COVID-19 vaccination is not approved for use in young children, and the US is now seeing an increase in instances of the highly contagious Delta version, which Adrian has.

He was intubated, sedated, and wrapped in a baby blanket, his Paw Patrol plush animal by his bedside late Tuesday night. His lungs have been able to do more respiratory work in recent days, and he may be able to go off the ventilator soon. The US exceeded 700,000 COVID deaths last week, and the number of infections among children is growing. The virus is highly contagious in all states except California, according to the CDC.

Adrian, who turns 3 next quarter, was diagnosed with pneumonia in his left lung earlier this month. According to Jackson, he was trying to swallow air at 76 respirations per minute, twice the typical rate of 40. Doctors and nurses in safety masks, face shields, as well as gowns sedated him and also put him on a ventilator in the critical care unit. Jackson has been sleeping on a couch in his ICU room since he arrived. Jackson has no idea how her baby became sick. Last summer, she got COVID, but no one else in her family did.

Jackson should not be vaccinated against COVID-19 since she has Guillain-Barre syndrome, a rare auto-immune disease caused by a flu vaccination when she was 16. The incurable disease damages the nervous system. According to his mother, Adrian’s father, who lives in Illinois with their young child, had gotten one dose of COVID but not the second. She speculates that someone at work gave it to him, despite the fact that everyone at his plant wears masks and keeps a physical distance from others.

Jackson, a 21-year-old single mother, is overjoyed with the child’s care. She has begun to feel that it can save him. She also hopes Adrian’s story will help people understand what it means to transmit a virus to young children and individuals with impaired immune systems.