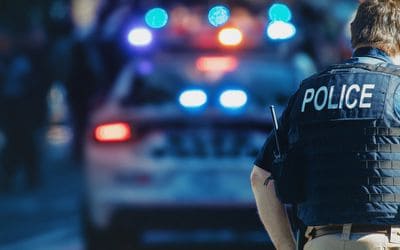 The American Academy of Neurology said on Wednesday that the use of neck restraints such as chokeholds and strangleholds by law enforcement should be prohibited as they can cause unnecessary deaths during encounters.

Representing neurologists and neuroscientists, the organization has given a statement suggesting that In the cases of the deaths of George Floyd, Eric Garner, and several others, the law enforcement used neck restraints and they were called into question whether these equipment are safe, controller and non-lethal.

The organization said that the use of neck restraints as a use of deadly force by law enforcement and policymakers should be at a minimum at the federal, state, and local levels.

Banning neck restraints has become a national conversation since years before and has intensified after the death of George Floyd in May 2020, when a Minneapolis police officer knelt his neck continuously for more than nine minutes.

Floyd was reported as buying a pack of cigarettes with a counterfeit bill of $20 by a convenience store employee to 911. And when the police arrived he was not at all carrying any weapon but 17 minutes after he was found dead pinned beneath three police officers.

It was clear that the Minneapolis police department turned fatal, not letting Floyd to breathe even when he and the spectators called out for help. Within a few days of his death the police officers who were involved in the encounter were fired from the service.

Advocates also exemplified another instance in2014 where a man named Garner was subdued with a chokehold by New York City officers even though he pleaded that he couldn’t breathe.

A national ban on the use of chokeholds by law enforcement is promoted by Lawmakers in Congress who are currently working on a policing reform bill.  Whereas some localities already banned the use from last year itself after Floyd was mercilessly killed by the police officer.

The use of neck restraint and similar objects is aimed to incapacitate people, as it will restrict their ability to breathe smoothly or distract the weight of blood towards their brain. But it could be at great risk especially when dealing with someone who already struggles with certain health conditions.

As per AAN’s statement, the black community is more likely to suffer with cardiovascular risk factors and using such force on those who struggle with the same could be even more dangerous to lead to sudden death.

AAN also stated that there is a higher risk of permanent injury or other conditions like stroke, cognitive impairment, or even death while restricting the cerebral blood flow or the delivery of oxygen even if it occurs in a shorter interval of time.

When the strangling is continued for a longer period of time, in most of the cases the effects of neck restraint becomes irreversible, but it is entirely preventable.

The statement also read that there is no amount of training in the method of applying neck restraints to mitigate the risk of death or permanent neuro damage. As it is the case, AAN highly recommends prohibiting the use of neck restraints.