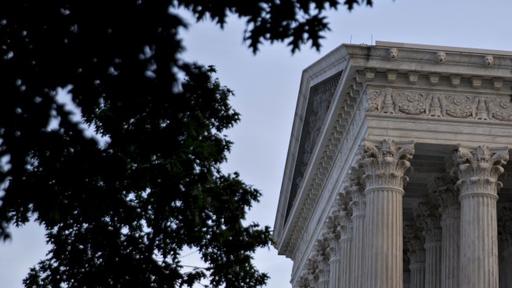 Abortion opponents in various states are getting an unlikely opportunity with the Supreme Court’s decision to strike down a Louisiana restriction on abortion clinics. The high court’s 5-4 ruling hurts the defense of anti-abortion laws, according to officials in Texas, Kentucky, Indiana, Ohio, and Oklahoma.

In a decision given earlier this month, the federal court reinstated several abortion restrictions in Arkansas. The Louisiana law require doctors who perform abortions to have admitting authorities at the nearby hospitals. This became an obstacle for women who did not have health-related benefits and wanted abortions.

On the other hand, people defending abortion rights believe that the balancing test standard from 2016 remains as it is. This allows them to win when the restriction is of no use to the abortion seeking women.

Authorities at the Center for Reproductive rights have said that the latest ruling on abortion by Supreme Court has increased the litigation with regards to the issue. The June 29th ruling of the Supreme Court came as a shocker to abortion opponents. It can be recalled that in 2016, the court had struck down a similar restriction on Texas clinics.

Since this summer, abortion opponents have argued in various cases that the judges agreed only on the need to determine the burden of the law. Even in the 1992 Pennsylvania case, the same standard was used that upheld abortion rights.

Chief Justice Roberts had dissented in the Texas case on this issue, but he mentioned that it needed to be followed in Louisiana. This opinion has opened the opportunity for various other restrictions like the need for parental notification and a significant waiting period. This can be a tough situation for lots of women seeking an abortion as they may not be able to complete all the paperwork within a short duration of time. This can lead to a lack of legal opportunities for them to handle the situation. Apart from that, the need for ultrasound tests and a ban on common types of second-trimester abortions are also likely to come up during the case.

It is interesting to note that even though the Supreme Court has six different opinions, the weightage is given to the opinion of Chief Justice Robert as all the other judges had agreed on this rationale. However, abortion rights advocates oppose the argument saying that Roberts did not abolish the previous ruling of high courts that used the same standard. However, they also noted that judges in Maryland and Texas courts had ruled in their favor.

Legal experts believe that if a single justice could overrule a decision that was given by many other courts, it would appear very strange. Federal District Judge Theodore Chuang in Maryland said that Roberts did not overrule the balancing of the test single-handedly, and he also removed the earlier ruling that required women to visit medical facilities for getting abortion medication.

Chuang had ruled that visiting the medical facilities in person will not provide any additional benefits for women, and it was unnecessary considering the ongoing covid19 pandemic. However, the Trump administration is not happy with this ruling and has asked the Supreme Court to block the ruling.

As the supreme court has given a split ruling in this situation, it can lead to more litigation, and lower courts have to deal with it shortly. Already, many such cases regarding second-trimester procedure laws are running in Oklahoma and Texas. As per Indiana’s parental notice law and a Kentucky law, abortion providers need to have arrangements with local hospitals and make provisions for ambulance services.

According to legal experts, this can lead to a new trend where the abortions at different stages of pregnancy can get more freedom and the legal restrictions on clinics, patients as well as doctors will be reduced to some extent.

The reality is that even though the restrictions are eased to some extent with the ruling of the Supreme Court, things are still not easy for many people with low incomes. Especially people of color are burdened a lot due to racist and discriminatory approaches in medical facilities.

The Louisiana Law has embodied the abortion opponents strategy for a long time, and they have managed to push for state-level regulations in the last decade. The various restrictions on abortion clinics make it difficult for abortion providers to offer the best service for needy women. The need for abortion practitioners to follow the same standard as that of other physicians make it difficult for them to offer services in many cases.

The severe restrictions could make abortion almost illegal in many states, and this can pose a lot of problems for many women who desperately need such services. The services become inaccessible, which can pose a big threat to the security and health of the women involved in the situation.

As the covid19 pandemic has still not slowed down in various parts of the country, accessing all the medical facilities is not an easy task. In this situation, if women have to visit the clinics in person to get medication and other treatments related to abortion, it can become a huge task, and the law needs to consider such problems on a practical basis.

The restrictions imposed on abortion providers also mean that it will limit the number of professionals who can handle abortions in any particular region. As they need admitting privileges to attend to such cases, it will put a burden on the medical system in many states. In this situation, women may not get timely medical assistance for abortion in some cases, and this poses a significant risk for their health.