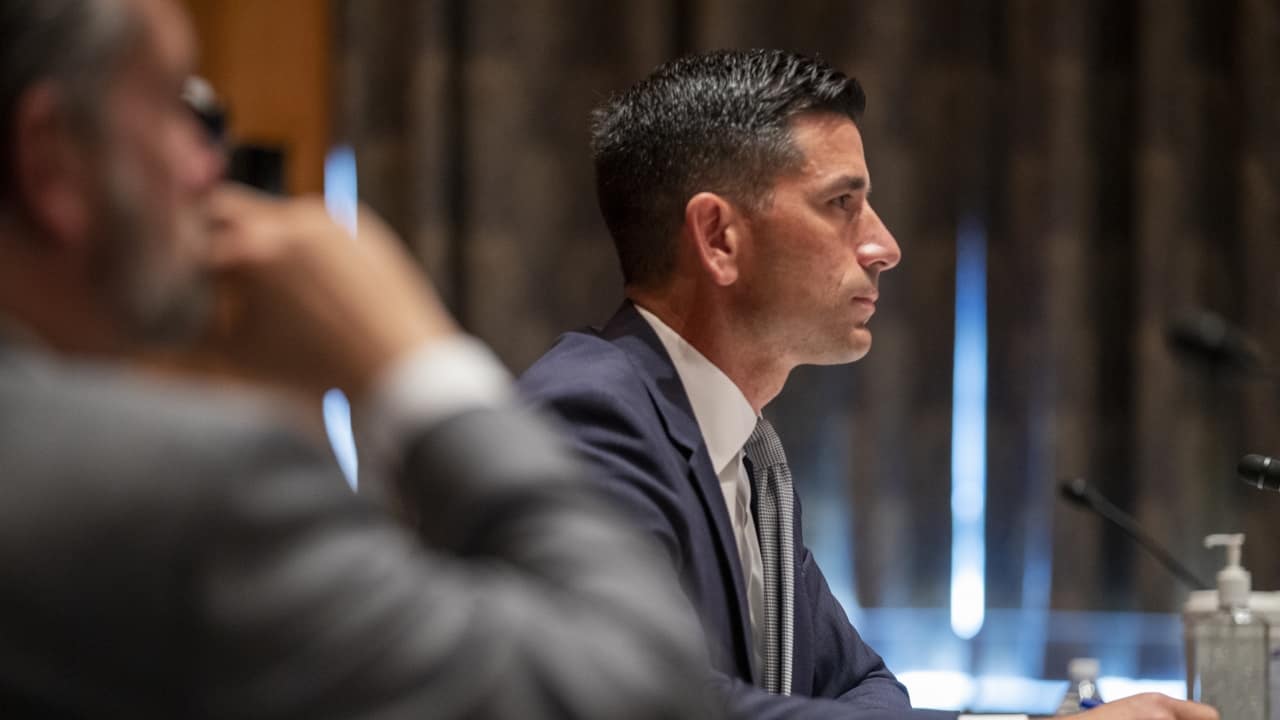 Chad Wolf who has been heading the Department of Homeland Security in an acting capacity since November has said that white supremacy has become the most persistent and lethal threat internally to the US.He said that when you look at this from the lethality standpoint over the last 2 years, it is clear that white supremacist extremists have been the most persistent and lethal threat with domestic violence incidents.

Earlier, whistleblower Brian Murphy who had served as undersecretary in the Homeland Security Department’s Intelligence Office had said that Wolf had suggested he remove information about the white supremacy threat along with information pertaining to the interference of Russia in the upcoming US elections so that it can help the agenda of Donald Trump. However, Wolf denied all these claims during the confirmation hearing and said that such false news about intelligence conclusions are done for political gains, and they are fabricating the news to suit their agenda. According to the complaint, Kenneth Cuccinelli, who is deputy to Wolf and also the acting director of US Citizenship and Immigration Services, told Murphy to change the description of the assessment about white supremacy. He was asked to manipulate it in such a manner that the threat did not appear very severe. Apart from that, he was also asked to add information about the violence of left-wing groups.

However, Murphy had declined to act according to the instructions of Cuccinelli and said that such changes would amount to censorship and it would also come under improper administration of the intelligence program. The recent assessment of Wolf comes as a total contrast to what Trump and Attorney General William Barr have been portraying all these months. Trump has constantly made noise about the left-wing mobs and Antifa agitators and has intensified the theory since the protests against racial injustice spread across the nation this year. According to Murphy’s complaint, Wolf and Cuccinelli directed him in several meetings between May and July to alter the assessments so that they match up to the comments made by Trump in public about the Antifa groups.

During the hearing, Wolf said that the most severe threats to the US were the pandemic combined with foreign adversaries. Apart from that, even natural disasters were a huge threat to the country. He also mentioned that the government could not ignore Antifa groups anymore as they can also become a huge threat in the long run. Wolf also mentioned that there is a threat of Russsian interference in the upcoming US elections and Russia is trying to denigrate Biden while China and Iran are trying to promote Biden. However, he said that there is no intelligence at the moment to prove that those countries have actually acted on those ideas. A similar statement was given by FBI Director Christopher Wray when he mentioned that Russia is very actively trying to interfere in the elections to denigrate Biden as they favor Trump. However, this did not go down well with Trump, who asserted that he did not like the answer of Wray. Trump added that China is a bigger threat when compared to Russia.

Rejecting a separate allegation that Wolf had held back an intelligence report about false information from Russian sources targeting Biden about his mental health, Wolf said that he had put the two-page document on hold in July so that it could be improved with better context. He added that the underlying intelligence did not change in any manner. Following several reports that Murphy’s office had collected intelligence on protesters and journalists in Portland, Oregon, he was reassigned to another DHS division in the month of August. In his complaint, Murphy said that the DHS division did not collect information about journalists in particular even though they tracked few media reports that appeared like leaked material. The upcoming elections have led to several such allegations on various departments, and many government agencies are trying hard to stay away from politics. They do not want to take sides as the winner is not clear and anything can happen after the November elections. If it is proved that they favored one particular candidate during the elections by issuing biased reports, it can have a negative impact on their career and the reputation of the entire department in future.

However, political parties have often used such government agencies for their benefit, and the acting President has always had an advantage over such things in the past. Trump has also tried to influence the reports of CDC with regards to the pandemic, and he has openly criticized them whenever their reports were not as per his expectations. The CDC had clashes with the Trump administration with regards to the reopening of schools, and they had issued a set of strict guidelines to be followed by the schools for the safety of students and staff members. However, as Trump was eager towards reopening the economy at the earliest, he had called the assessment of the CDC as impractical and costly. In the same way, even the armed forces were dragged into controversy when they were made to clear the peaceful protesters outside the White House just because Trump wanted to do a photo op at a nearby Church. This did not go down well with many people from the military, and they said that this would cast a political image on the security forces in future.

However, Trump has always made tall claims about various such intelligence reports in public even when he is not having enough proof about the claims. He has targeted the mail-in voting system and said that this will result in large scale fraud as outside agencies are trying to manipulate the elections. However, he has not provided any proof for such claims, and the intelligence agencies are having a tough time in covering up such acts of the President. Coming to the issue, Murphy has said that he will challenge the assessment of Wolf in future.