Washington – In front of 1,500 supporters, Donald Trump formally accepted the Republican nomination on South Lawn at the White House. A few hours before, Joe Biden, Democratic presidential candidate, was at a virtual fundraiser. BidetoldIllinois trial lawyers that, “He has plans to resume campaigning in person.” 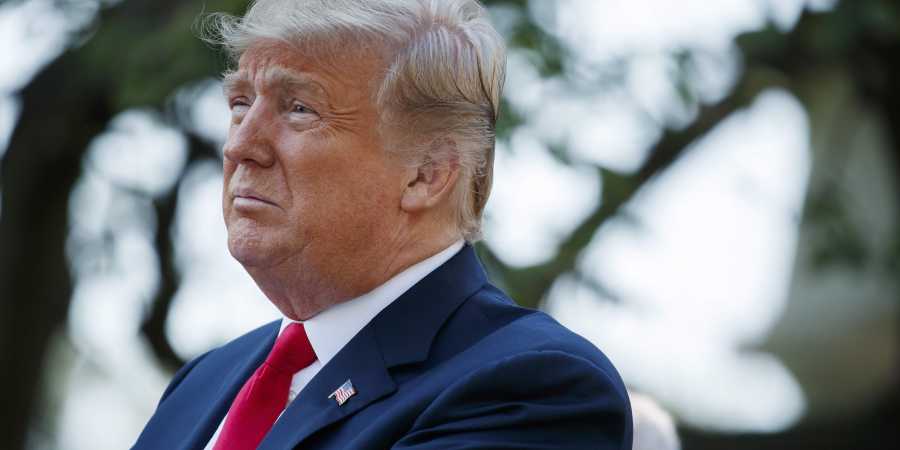 The impresario of a glitzy spectacle was always Trump’s highlight. Whereas Biden, in contrast to this style, he served as was one of the participants of an online discussion. But, meantime Biden and Trump provided a window entirely into their differing strategies for winning the upcoming No.3 election.

President Donald Trump gave a speech that capped the four-day convention. His speech primarily touched on many themes. But, what political allies and independent analysts say? They have the opinion that Trump has to emphasize mainly on a few themes in the remaining nine weeks.

“There should be a highlight on COVID-19 pandemic, amid growing unrest in the country there is a necessity to tighten law and order, and portray democratic presidential nominee Biden as beholden to the radical left.”

Biden announced campaign and road trips, and he started it on Monday through a visit to Pittsburgh. Biden is trying and has plans to motivate more and more supporters, along with reaching out to swing voters throughout his campaign. People want to hear directly from their candidate, and Biden started direct campaigns after Trump and his supporters blamed him as “hiding” in his Delaware home.

After completing the conventions, what can these two candidates do or not do to win the election on November third? Yes, Trump decided to expand his base while Biden is exciting about his supporters.

Morning Consult has released a set of polls on Tuesday. The polls showed both Republican and Democratic conventions, and they both did little towards moving the needle in most of the battleground states. Of course, Biden gained slightly in Georgia, Wisconsin, and Michigan. But, Trump was shown to climb a little, primarily in Florida, North Carolina, Minnesota, Pennsylvania, and even in Ohio. Texas and Colorado also stayed almost the same.

There was an exception, and that was in Arizona. It supported Trump by 45-47 percent earlier the entire conventions. But, now after the poll, it is backing Biden 42-52 percent. The reason is mostly due to an increase in support among suburban voters and men. But, there is a margin of error that must be considered in the poll, and the margin is almost four percentage points. Earlier in 2016, Trump won Arizona.

Considering the entire nation, based on a Morning Consult poll, it is found that an 8-point lead for Biden has before the conventions remained the same after as well. Aug. 28-30, there was a survey, and it was among 12966 voters, and it found that Biden was winning among women and independents. He also won among suburban voters, and there is a margin of error to be considered, and that is up to 2 percentage points.

Director of the University of Virginia’s Center for Politics, Larry Sabato said,

“He doesn’t think the former vice president has to worry about enthusiasm as much as other political prognosticators think.”

He also added that,

“It’s Trump vs. not-Trump, and the onus is on Trump to break up the current reality, which is that Biden is well ahead.” He referred to polls in battleground states and even the national polls, which showed the winning chances of former vice president. But none of the polls not as much as he once was.

“But the president’s actually in the place he likes to be, which isn’t the frontrunner but the underdog,” “Most people understand he’s got an uphill battle and all things considered you’d rather be Biden than Trump, but Trump is in the position he likes to be in.”

Finally, the Election Day sprint came after one more tumultuous week in America.

Violence erupted on streets, primarily in Wisconsin and Kenosha. The protests were following the shooting of Jacob Blake by a police officer. Jacob was a black man who was shot seven times at the back. He was walking towards his car, and soon after the shoot, he was paralyzed.

Apart from all these, the coronavirus deaths surged past 180,000 in the U.S. This is by far the highest toll in the entire world.

Democratic and GOP allies have the opinion that the candidate likeliest to win in the upcoming election is one who can convince the majority of voters. The candidate should convince them that he is the better choice, and he can bring a complete sense of normalcy in a pandemic-battered and politically fractured country. He should also bring a change in a racially divided nation, which is exhausted by continuous strife.

Steve Schale says, “That will be a hard sell for the president,” he is the director of United The Country. It is a pro-Biden super PAC which is targeting voters primarily in upper Midwest states. This is the same state which propelled Trump to win in 2016

“For Trump to get to a win, he has to convince a lot of groups of voters that have decided he’s not a good president, starting with seniors, suburban women, non- college-educated women, and African American voters.”

Steve Schale also revealed that his group’s job is to explain to the nation’s voters why there is a need for change. He also added that,

“Trump must convince people after three and a half years why he should be re-elected after crashing the economy and leading a virus response that let 180,000 people die.”

Recently, there was a Biden ad, and it accused Trump of failing to control the coronavirus pandemic. The ad conveyed that “Trump left America on the sidelines.”

The ad was showing empty football stadiums in Michigan and Wisconsin, which are key battleground states. Usually, in Autumn, these grounds use to be full, mainly on Autumn Saturdays. Now, since the Big Ten College football season was canceled and the football ground looks empty.