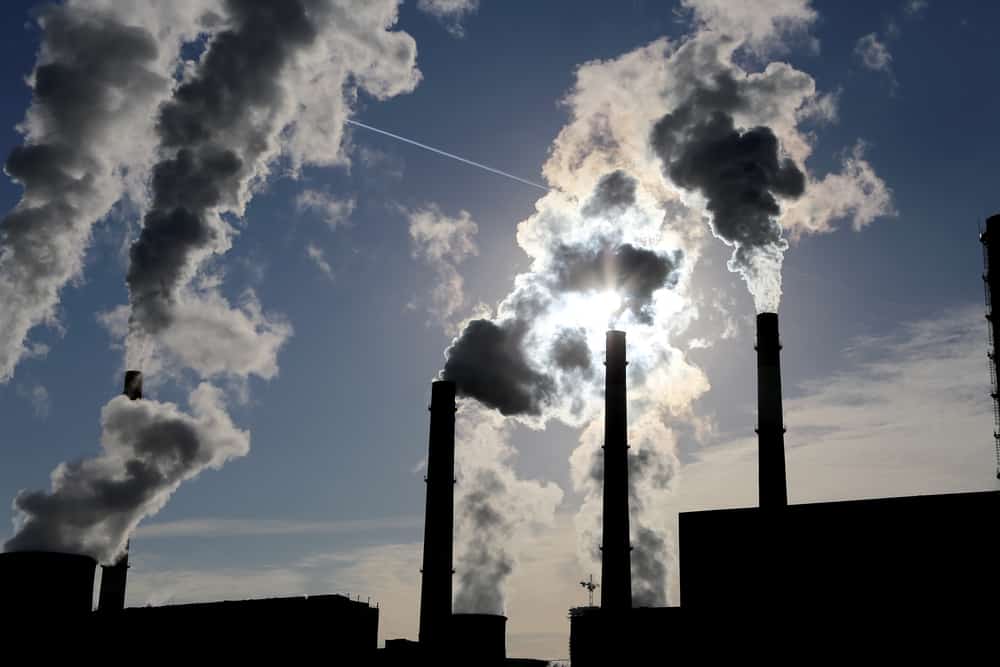 Air pollution is one of the major causes of damage caused to the environment. Air pollution is nothing but the disposal of harmful chemicals, particulate matter, or biological matter into the atmosphere. These harmful chemicals are released into the environment through smoke from the chemical factories, usage of refrigerators, air conditioners, smokes released from vehicles, and many more. The smoke released from the vehicles contains carbon monoxide, which, when inhaled but a living being, stops the distribution of oxygen inside the body, which leads to poisoning in the lungs and causes slow death. The usage of refrigerators, air conditioners, air coolers leads to the depletion of the ozone layer, which increases the amount of ultraviolet penetration through the atmosphere, which leads to various types of health diseases like skin cancer, skin burn, and many more.

Air pollution also causes climate changes and ocean acidification. Some greenhouse gases trap the heat in the atmosphere, including carbon monoxide, nitrous oxide, carbon dioxide, methane, fluorinated gases. Even though these gases are produced by human beings’ numerous and diverse activities, they can cause severe damage to human health and other organisms and the environment.

As per the studies, 60% of American in the United States of America live in the area which is highly polluted and makes them sick. Air pollution causes so many health diseases in adults, and the studies show that children will have more effect on air pollution as they have less immunity when compared with adults.

As per the Indiana University School of Medicine reports, children in the United States of America experienced an increase in blood pressure when exposed to short-term air pollution. With long-term exposure, they suffered from airborne particles. They also experienced the same when exposed to nitrogen dioxide, an air pollutant emitted from traffic exhaust. Research also suggests that air pollution also causes cardiovascular disease. Nowadays, since the pollution is increasing, it is affecting people at a very early age by increasing blood pressure leading to death.

The pollutants might include dust, dirt, soot, smoke, smog, smoke released from the power plant, industrial factories, and vehicle fine particle pollution. Factories and construction sites can produce coarser particles. Air pollution is making the blood pressure high and putting their bodies under stress which can also indirectly impact the blood vessels and reduce the flexibility of the veins.

The researchers have found out that air pollution is the fourth leading cause of death worldwide, and over 9 million deaths are caused by bad air, say the researchers at Cardiovascular at Case Western Reserve University’s School of Medicine in Cleveland.

Hence, it is our responsibility to reduce air pollution by using alternate means for transportation, reducing the usage of harmful chemicals in our day-to-day lives, and help in protecting the lives of young kids.