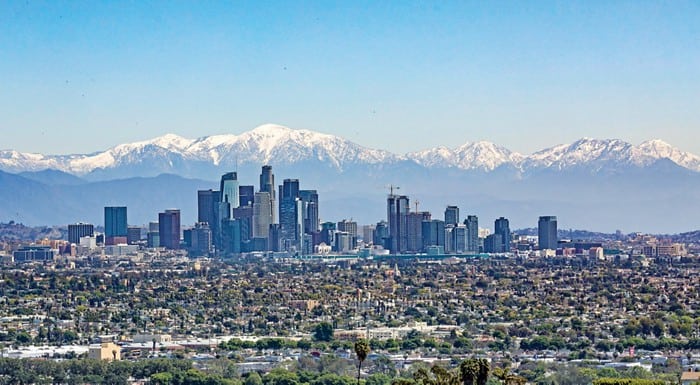 Coronavirus lockdowns had their positive side, too, most notably in air quality which saw dramatic improvements across most countries, CNN reported citing IQAir’s 2020 World Quality Report. The report added that the level of pollutants would likely increase with lifting restrictions by governments and as economies swung back into gear.

The report added that human-related emissions from industry and transport dropped during the lockdowns, and of the global cities analyzed, 65% reported better air quality in 2020 as against 2019. At the level of nations, around 84% experienced an overall improvement in air quality.

According to the report, the Covid-19-air pollution relation revealed that air quality improvements were possible with collective, urgent action across many locations.

The global air quality tech and information company said Bangkok, Singapore, and Beijing, all of which imposed circuit-breaker lockdowns and extensive closure of businesses, reported the greatest reductions in PM 2.5. The report added that the effect would not last with air pollution levels set to rise as Covid-19 containment measures ended and businesses restarted.

According to the report, south Asian and East Asian countries continued to top the list of most polluted places in the world. Of the 50 most polluted cities globally, 49 are located in Bangladesh, China, India, and Pakistan.

The most polluted city in the world in 2020 was Hotan, located in China’s western Xinjiang region, with annual levels of PM 2.5 averaging 110.2 micrograms per cubic meter that was 11 times higher than the World Health Organization target for annual exposure. Hotan reported a peak PM2.5 at 264.4 in March, a deeply hazardous level.

The report added that the region had seen fossil fuel and coal emissions rise rapidly, with human-caused land degradation and climate change increasing the severity of droughts and increasing the frequency of sandstorms and dust storms that contributed to the extreme pollution.

China also remained the largest producer and consumer of coal in the world and a major contributor to PM 2.5 pollution, the report said. China had made major strides in renewable energies, but these sources made up only 23% of China’s energy consumption, while coal accounted for 58%.

After Hotan, the next 13 most-polluted cities were in India, where major sources of pollution included construction, transportation, and burning of waste.

In the Northern Indian states of Punjab and Haryana, the practice of stubborn burning was prevalent, in which cultivated fields are intentionally set on fire to prepare the land for its next crop. With stubble-burning incidents in Punjab hitting record levels in 2020, seeing a 46.5% rise from 2019, the report said around 40% of air pollution in the capital Delhi originated from Punjab’s farm fires.

But gains related to pollution-causing emission in 2020 were partially offset by “extreme air pollution events,” including dust storms and wildfires linked to unpredictable weather globally and aggravating climate crisis worldwide.

Large parts of the United States, South America, Indonesia, and Australia suffered severe devastation in wildfires which caused major spikes in air pollution with huge amounts of emissions of greenhouse gases. The greatest increases in PM 2.5 levels as against 2019 were seen in Sao Paulo, Melbourne and Los Angeles.

However, on the positive side, the 25 most polluted South Asian cities had seen PM 2.5 drop since 2019 or had seen an overall downward trend in the past four years. Also, East Asian countries, thanks to great efforts, had been able to improve air quality. PM 2.5 levels in the region were showing a trend downwards. All cities in South Korea saw their air quality improve in 2020, following the enactment of new measures.