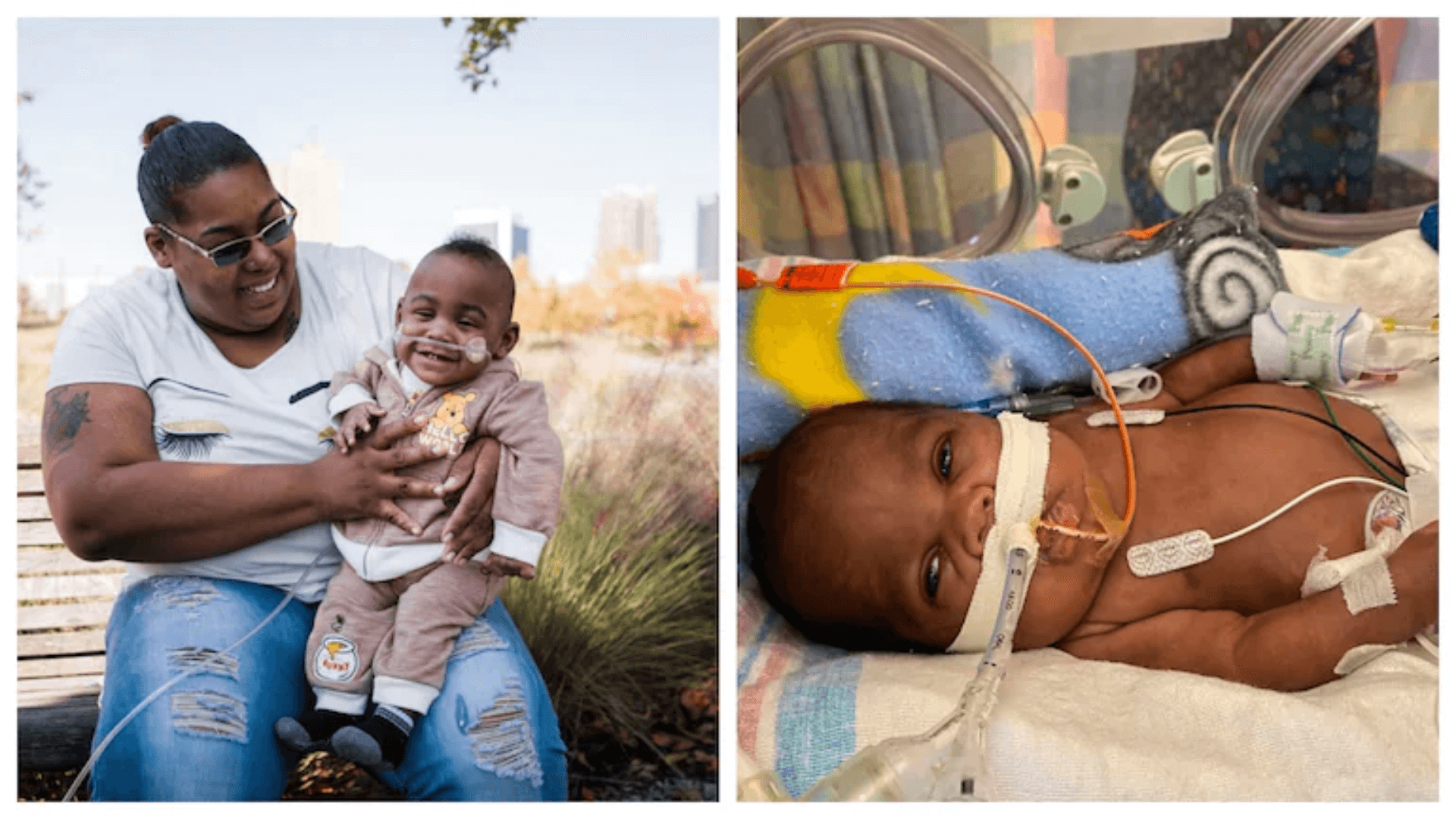 A one-year-old boy from Alabama is already a world record holder because of his incredible birth story.

A baby boy from Alabama, a south-eastern state in the United States of America, who is just a little over one year of age has already become a Guinness World Record holder, thanks to his extraordinary birth and the fact that he survived after weighing less than one pound at the time of the delivery.

On the 5th of July 2020, Michelle Butler was rushed to the University of Alabama (UAB) hospital in Birmingham for emergency labor when she was in her fifth month of pregnancy carrying twins.

She gave birth to her babies four months before schedule, but only one of them, Curtis survived the birth, whereas his sister C’Asya passed away a day later because of complications as she was much less developed compared to her brother at the time of the birth.

Dr. Colm Travers, the University of Alabama (UAB) hospital’s division of Neonatology’s assistant professor, said in her statement to the Guinness World Records that before the baby was born, his chances of survival would be as low as 1% since survival at such an early gestational age has happened for the first time ever.

As per medical terms, forty weeks is considered a full-term pregnancy but Michelle Butler gave birth to her twin babies in twenty-one weeks and one day of gestation only.

As per the University of Alabama (UAB) hospital, Curtis weighed as much as a soccer ball at the time of birth. His weight was as less as just 14.8 ounces, though he continued to get stronger and stronger with each passing day with the help of continuous treatment and care provided by the hospital around the clock.

According to reports from the University of Alabama (UAB) hospital, Curtis was on ventilator support for not just three months but continued to be on the life support system for two hundred and seventy-five days with round-the-clock supervision.

According to a statement by Dr. Brian Sims, who was one of the physicians at the time of delivery at the University of Alabama (UAB) hospital, numbers suggest that babies who are as premature as this boy have very minimal to nil chances of surviving the birth.

After months of being carefully treated and fed by multiple therapists as well as nurses at the University of Alabama (UAB) hospital, Curtis was sent home by the hospital finally on the 6th of April, 2021.

Curtis continues to be on special treatment that includes bottled oxygen and a feeding tube, along with a few medications, though he is doing much better.

Michelle Butler told the University of Alabama (UAB) hospital that the moment she finally bought Curtis home from the hospital to his elder siblings will always be unforgettable for her.

Another baby, Richard Hutchinson from the midwestern state of Wisconsin, who held this world record before Curtis, was born just one month before Curtis on the 5th of June 2020 at twenty-one weeks and two days of gestation, just one day more than Curtis.

Before Richard, this Guinness World Record was unbroken for thirty-four years.