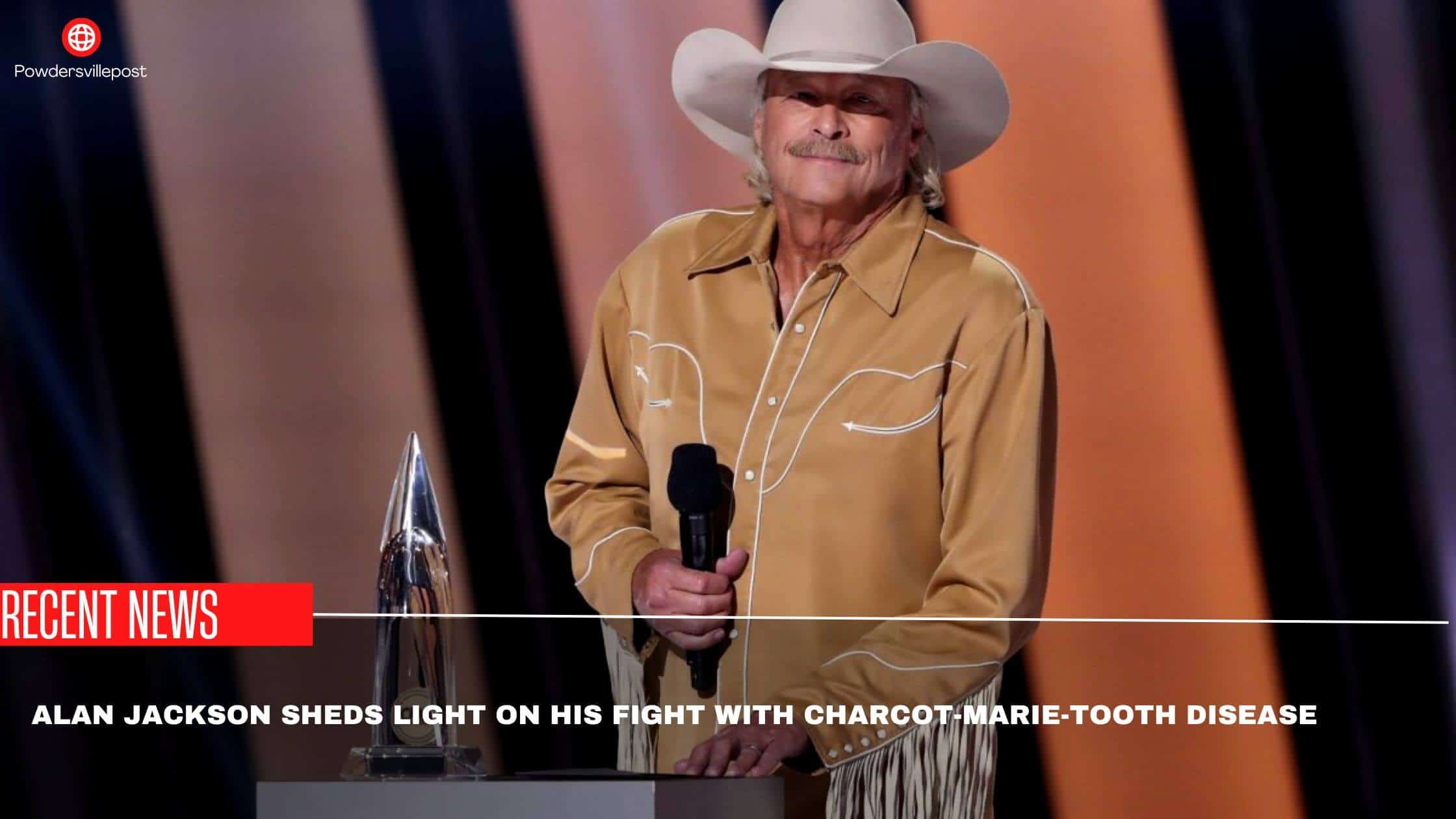 It is one of the most commonly inherited neurological diseases and affects around one in 2500 people worldwide. The main symptom of the condition is a gradual loss of the sensation of touch at different parts of the body and also muscle tissue loss.

Alan Jackson Revealed About His Battle With Charcot-Marie-Tooth Disease

Jackson confessed that he always was reluctant to openly speak about the condition to his fans. CMT has also affected his grandmother and sister.

His wife, Denise Jackson has been a constant support throughout his life and career. Even after the diagnosis, she was a constant pillar of relief and encouragement.

They had married in 1979 after their romance in high school and then they got separated in 1998 but both reconciled later. Jackson’s debut album was released in 1990 and titled Here in the Real World which went on to become a huge hit in the US.

He had been given the Entertainer of the Year title three times by the Country Music Association and also had sold around 40 million albums globally.

Denise had told that both of them are mutually there for each other when either of them is facing any kind of tough situation and it has been a perfect “fairy tale life” for both of them. Jackson in his speech during the acceptance of the Lifetime Achievement Award at the Country Music Association Awards said that his wife had been there with him for the past 40 years or so and they started off as high school teenagers.

He also thanked her for taking the effort to love him and trying to push through hard times and survive them together. Denise brought out a memoir in 2007 titled It’s All About Him: Finding the Love of My Life.

Alan had announced in 2022 that he would be doing the Last Call Tour after opening up about his condition but told fans that it won’t be his “Farewell Tour”. He said that he is finding it difficult to balance in front of a microphone and even walking around the stage has become tough.

As the condition is related to Parkinson’s, movement and balance will get affected as it progresses. Famous singers like Merle Haggard, Charley Pride, Loretta Lynn, and George Jones are Jackson’s favorites and he wants to follow their path by singing as long as he can.

He doesn’t believe in planning a retirement tour as he believes those things are “cheesy”. He had to postpone two of his tours in October 2022 and said to his fans that he wouldn’t try to disappoint them. So he would definitely play if he can and will try to do the show at the earliest possible.

Alan Jackson had been selected into the Hollywood Hall of Fame in 2010 and in 2017 he was added to the Country Music Hall of Fame.

In the US, it has been estimated that around 126,000 individuals are affected by Charcot-Marie-Tooth Disease, and are around 2.6 million people worldwide.

Although there is no permanent cure for the condition, certain treatment methods can improve the quality of life. These include putting on ankle braces, occupational therapy, orthopedic surgery, etc.