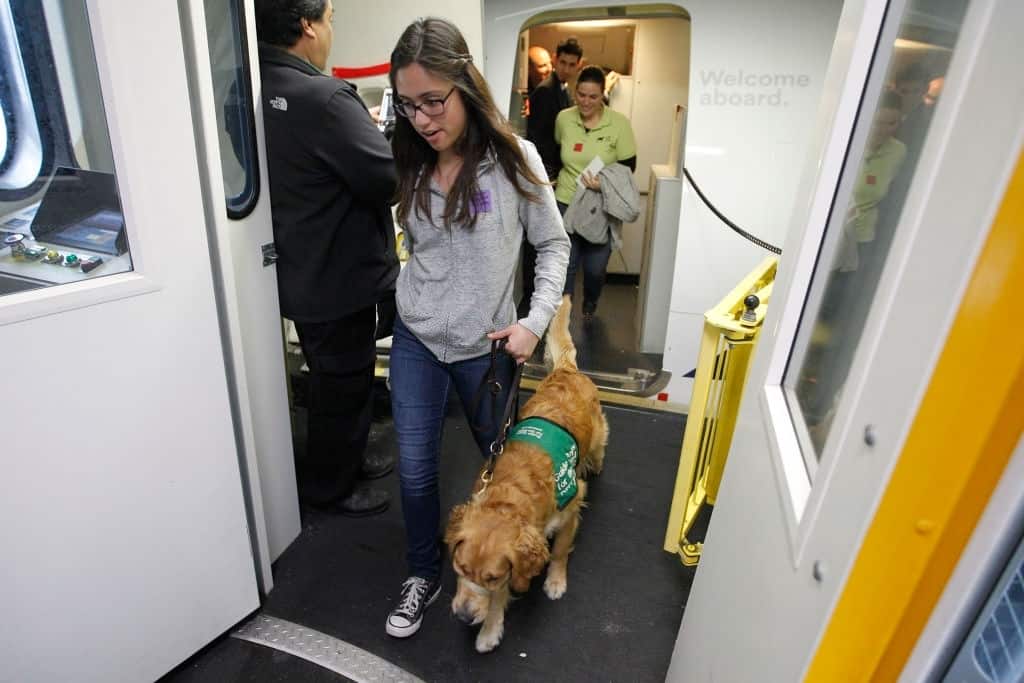 Alaska Airlines is all set to ban emotional support animals from flights. The department of transportation has recently revised its regulations with regard to what constitutes a service animal. Based on the new regulations, Alaska Airlines has decided to only allow service dogs that are specially trained to perform tasks for the benefit of the qualified individual with a disability. The new regulations will come into effect from January 11.

Passengers with emotional support animals who have reservations booked before January 11 will be allowed to fly. However, no exceptions will be made after the end of February.

According to the latest regulations of the department of transportation, emotional support animals are no longer considered as service animals, and they will not be allowed to fly with passengers on commercial Airlines.

The advocacy group Airlines for America has expressed its support for the new revisions. According to the new policy of Alaska Airlines, about two service dogs per guest will be allowed, and the guests will be required to fill out a form that is available on the airline website. The passengers have to confirm that the service dog is trained and vaccinated apart from behaving appropriately during the journey.

The previous guidance issued last year said that airlines could not restrict passengers from traveling with emotional support animals. Apart from that, airlines were also not allowed to ban specific breeds of support animals. Even the new regulations prohibit airlines from refusing service dogs based on their breed.

The airlines have earlier questioned the regulations saying that some passengers may try to pass off their pet animals as support animals to avoid paying additional fees. This new regulatory change has helped the airlines to reduce disturbances during the flight as they have to make special provisions to accommodate passengers traveling with service animals.

The department of transportation has received more than 15000 comments in this regard. The disability advocates and airline staff were in favor of banning untrained emotional support animals in flights.

Some of the staff members of airlines were hurt by untrained pets, and there was no option to address those issues in the past. However, the new regulation mandates that the passenger has to take responsibility for the behavior of service animals during the flight. As service animals that are properly trained and vaccinated will be allowed, there will be fewer problems in the long run for the flight attendants.

When the airlines allow passengers to travel with their pet animals, it causes a lot of inconvenience to other passengers. The flight attendants have to make special arrangements in order to avoid disturbances to other passengers in the flight. However, the airlines were not financially benefiting too much by allowing such service animals in the past. As they can now project emotional support animals from traveling along with the passengers, this is a huge relief for the airline operators and flight attendants.

The new guidelines will come into effect from January, and people who want to travel with their service animals have to contact the Airlines and follow the new regulations. The disability advocates have also welcomed the move as they now believe that only genuine service animals will be allowed on the flights, and the regular pets which are not trained to behave properly will not be allowed on the flights.