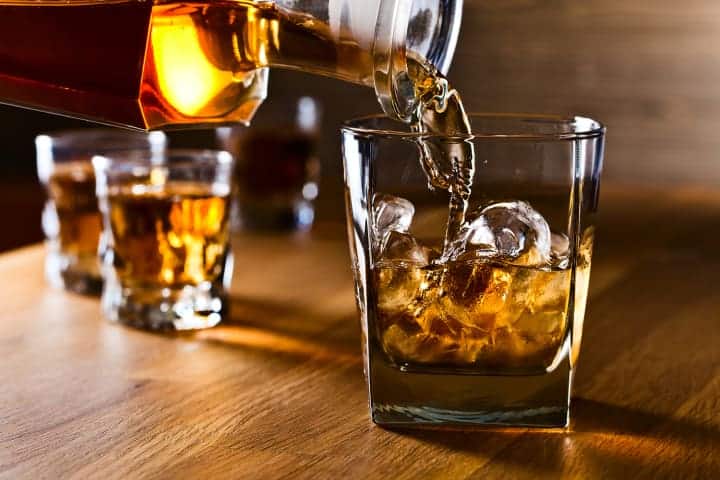 As per a new research conducted by a group of experts at Oxford University in England, there is no such thing as a safe dose of alcohol.

Is it truly necessary for everyone to abstain from alcohol to be healthy?

Experts were polled for their thoughts on the occasional drink.

Is alcohol healthy or bad for people? Is it affected by the quantity?

Alcohol Intake Should Be In Moderation

According to new research conducted by a group of experts at Oxford University in England, there is no such thing as a safe dose of alcohol.

More than 25,000 middle-aged people were studied in the observational research. The study discovered that moderate intake is more closely linked to negative impacts on the brain than previously thought. They discovered that alcohol had a negative relationship with global brain grey matter volume. Individuals with comorbidities such as high blood pressure and a high BMI, as well as binge drinkers, may be more vulnerable to these negative consequences.

Experts have long debated alcohol’s advantages. For decades, doctors have regarded moderate drinking, defined as no more than one drink per day for women and two drinks per day for men, as low risk and maybe even beneficial to health.

However, this viewpoint looks to be changing. An expert advisory council for the 2020 Dietary Guidelines for Americans advised last year that the daily limit for males be reduced to one drink. One drink is equal to 355 ML of beer, 148 ML of wine, or 44 ML of liquor.

Experts are conflicted on the advantages of alcohol, but they are unanimous on the dangers of excessive drinking. Binge drinking raises the risk of hypertension, stroke, and congestive heart failure. Alcohol is also a confirmed cause of various types of cancer, including breast and liver cancer, according to experts.

Alcohol is linked to dementia. According to Kenechukwu Mazue, a nuclear cardiology resident at Massachusetts General Hospital, Boston, even modest consumption can affect brain dementia. There is no such thing as a safe range.

He does not encourage individuals who do not drink to start because of the risk of alcoholism.

Shivendra Shukla, Ph.D., the Margaret Proctor Mulligan Professor of medical pharmacology and physiology, Missouri University, Columbia, cautions that even little amounts of alcohol can be harmful.

Over the last 25 years, Shukla has studied binge drinking and chronic drinking.

Dr. Tetrault, a professor of medicine and addiction expert, Yale School of Medicine, takes a more balanced approach to alcohol intake. People are all aware of the detrimental health repercussions of alcohol usage, she claims. They are all aware that there are conditions in which any drinking may be harmful to one’s health, particularly pregnant women and teenagers. Their messaging as providers should be to look at specific situations and analyze the risk and health implications of patients. Abstinence alone does not work. They’ve seen public health programs like that fail in the past.

According to her, alcohol is evil and should be avoided at all costs might lead to the breakdown of a professional connection between physicians and patients.

Dr. Molina, professor of the Department of Physiology at Louisiana State University School of Medicine, New Orleans, agrees. Yes, alcohol usage should be discouraged in specific populations, such as individuals with chronic conditions, according to Molina, a physician and past president of the American Physiological Society.

As per Molina, the message should be to use alcohol in moderation. Consumption habits can have a substantial influence on health. If a person has a chronic ailment, they should consult with a doctor.