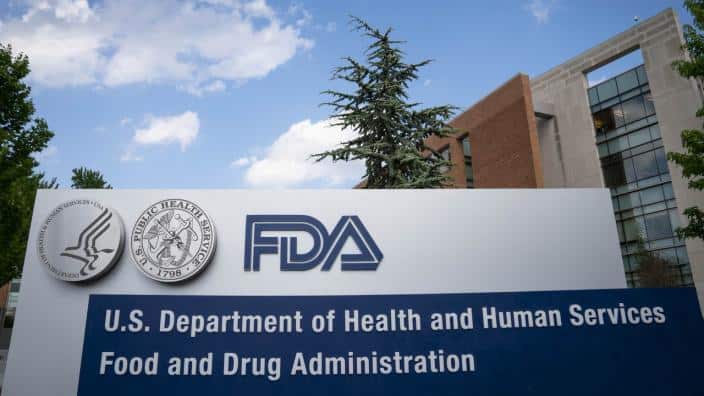 On Monday, the Food and Drug Administration approved the drug Aduhelm for Alzheimer’s disease.

It is a controversial decision and came after almost two-decade to use a drug to slow down the progression of the condition.

The approval passed by the Food and Drug Administration (FDA) is seen as a landmark in the history of finding a cure for the disease.

The drug Aduhelm has the generic name aducanumab and is manufactured by Biogen. The approval needs the manufacturing company to carry out a post-approval study to analyze the effectiveness of the drug.

The approval comes even though the experts of the Peripheral and Central Nervous System Drug Advisory Committee of the FDA passed a contradictory recommendation based on two mutually conflicting clinical trials carried out in November last year.

However, the FDA clarifies that the drug may give some medical benefits over the existing mode of treatments, as stated by the director of the Center for Drug Evaluation and Research of the FDA, Dr. Patrizia Cavazzoni.

What it means for the patients:

The accelerated approval of the drug was approved by the FDA, this means that the patients with serious needs and in need of urgent medical help will be given earlier access to the drug compared to others.

As stated By Cavazzoni, there are some residual risk factors associated with the beneficial effects of the drug, but overall the drug meets the standard of the FDA and the benefits largely outweigh the potential risks of the drug.

The decision of The FDA is praised by the advocacy organizations dealing with Alzheimer’s disease.

The drug is to be administered via IV routes once every four weeks to slow down the progressive degeneration of the brain function in the patients.

It is likely to help individuals with low to mild cognitive problems, the manufacturing company, Biogen states that the cost will be $4312 for each treatment for an individual with average bodyweight, which makes it $56,000 in a year without the insurance coverage.

How the drug works:

It is a monoclonal antibody aimed at removing the amyloid plaque deposit from the brain.

Such plaque accumulation is the primary cause of the death of the brain cells that trigger the symptoms of Alzheimer’s.

Although medications are available for plaque removal, nothing is available yet to manage the cognitive disabilities associated with the disease.

What the experts say about the approval:

The chief executive officer and the president of the Alzheimer’s Association, Harry Johns states that the primary aim of his organization will be ensuring easy access to the drug for the patients.

Whereas, Medicare and private medical insurance agencies focus on making testing and treatment available for the patients.

Johns further points out that the approval of the drug by the FDA marks a victory of decade-long struggles to avail treatment options for Alzheimer’s.

It is likely to slow down the progression of other dementia-related symptoms for an estimated 6.2 million people in the states alone, who are impacted by the disease.

Thorns on the road.

Dr. Pierre Tariot, director of the Banner Alzheimer’s Institute in Phoenix implies it is going to take a long time to address the difficult questions like if anybody is willing to pay for the medications, the tests like MRI and PET Scans, and the infusions that will be required for the treatment.

Tariot further adds that there is more that is yet to be done, like the need of funds that will be required in training individuals who will be specially designated with the task of discussing the course of treatment with the family members of the patients.