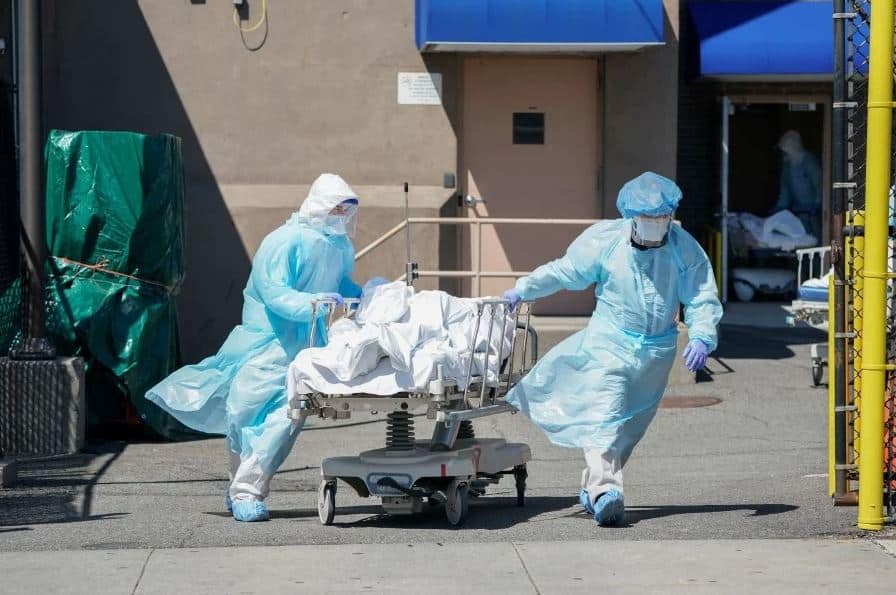 With Biden’s Covid strategy taking place into effect, the United States witnesses a new ray of hope after Bloomberg Vaccine Tracker data shows that an estimated 26.5 million people have been vaccinated by Monday.

According to the data by John Hopkins University, within the past year, around 26.3 million Americans were tested positive with coronavirus, of which 4,43,000 have undergone death.

Bloomberg also states that America is currently the fastest country in the world regarding vaccine distribution with 1.34 million shots provided each day.

Previously the U.K, Israel, and U.A.E were the only countries to have more vaccinations than covid cases.

Within the first week of vaccine distribution, approximately 7.8% of Americans have received twice vaccine doses and 1.8% of the population are completely vaccinated.

Professor of Microbiology at the University of Southern California’s Keck School of Medicine, Paula Cannon stated that she was quite happy with the improvements as for the first time there were more vaccinations than infection cases.

The Center for Disease Control and Prevention’s Deputy Director Jay Butler remarked that new hospitalization cases and emergency alerts have started to reduce in various states but the national number of cases is still high.

But with the new rising coronavirus variants, such as the South African variant and the U.K variant, the current vaccines may not be powerful enough to tackle them as these new variants are found to be more dangerous.

Public health officials state that in order to attain complete immunization, the country would have to attain ‘herd immunity’ and with the increased vaccine dosage, it is possible to achieve that goal.

America’s top infectious doctor, Anthony Fauci agreed to the statement saying that an estimated 70%-85% of the population would have to be exposed to the pathogen through the virus or by vaccination to reach the goal.

The U.S Food and Drug Administration said that around 290 deaths have been reported by the last week of January which mostly included senior citizens with underlying health issues and weren’t vaccinated.

Even though the Trump government had previously assisted in vaccine distribution, the irregular supply and lack of coordination between the federal and state governments had massively affected the nation.

When Biden took over as the country’s President, it was a massive responsibility for the new government to untangle the mess and take immediate action as the covid death rates had peaked out of control.

Even currently in some states, such as California, the governor has set up various criteria and categories to be vaccinated such as age bars and employee designation in an attempt to reach faster vaccination.

Various health experts and advocates have already criticized the state’s decision as people with higher risks such as the elderly and disabled are left out due to these unwanted criteria.

La Jolla Institute for Immunology’s Research Assistant Professor Daniela Weiskopf stated that with increasing virus variants, there is a greater need to increase the vaccination as soon as possible to gain the pandemic under control.