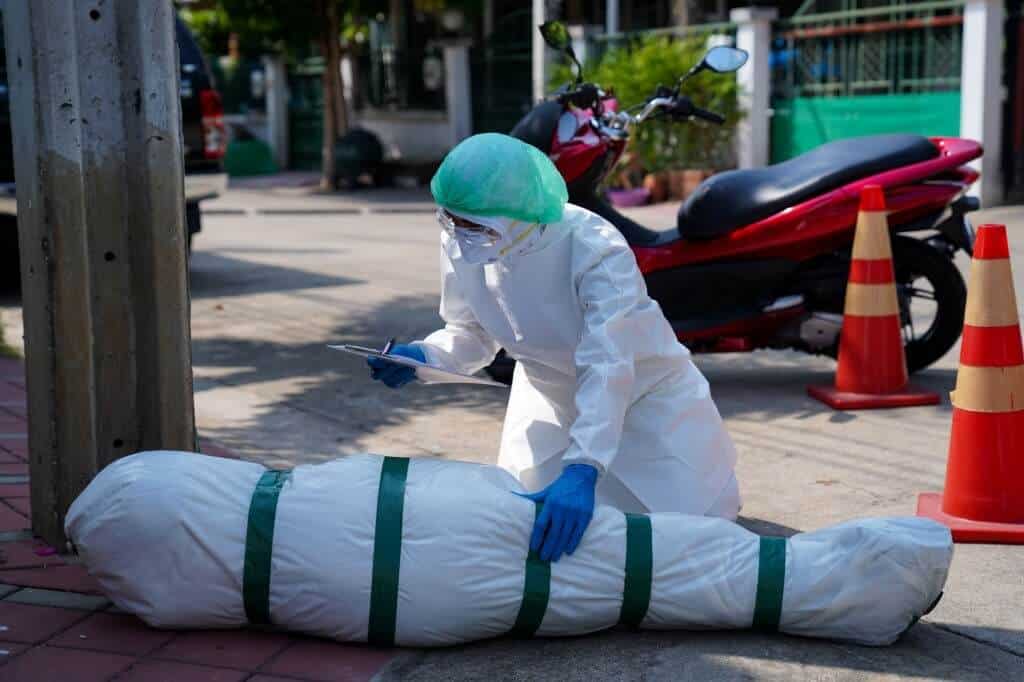 The Covid 19 pandemic has caused great loss all around the world. In the US as of now, the death rate is increasing again with 1900 deaths per day which is the highest since Mach 2021. CDC states that a large percentage of the population is still unvaccinated which accounts for 71 million eligible people.

Health care workers are saying that they are seeing a greater number of hospitalizations and many of the people are not leaving the hospital in the way they came in which is soul-crushing.

In CoxHealth Hospital 22 people have died in just a span of one week which is the highest in Chicago. West Virginia observed a high number of deaths in September that too 340 more deaths in the last 3 months combined. Georgia is seeing roughly 125 deaths per day and is not as populated as California as well.

Dr. Collin Follis who is a coroner at Madison County said that many people have now seen more than one family member loss due to the covid and are wondering when they will see the end of the pandemic.

The main issue that the US is facing is that it had observed 3000 deaths on one day as well in December but back then no one was vaccinated, now with 64% of the people vaccinated the nation is still seeing 1900 deaths per day which is a troublesome issue. As per the data from John Hopkins University the death rate climbed from 1300 to 1900 i.e. a 40% jump in the last 2 weeks.

Healthcare officials state that the vast majority of the people who die are unvaccinated and many of the vaccinated people have shown the symptoms however the death rate is very low in fully vaccinated people.

Dr. Bruce Vanderhoff who is the chief medical officer for Ohio`s Health Department stated that if you are not vaccinated there are high chances you will be hospitalized and that the condition will be worsened in the coming days.

Data from John Hopkins also states that many of the low vaccination communities have chronic conditions like diabetes and obesity which makes it worse and easy for the Delta variant to spread to them and infect their lungs and immune systems.

Dr. William Moss stated that this is a total failure as a society when the US is seeing a greater number of hospitalization and ICUs getting full. A 65-year-old cattleman Mike Limon who had beaten the covid 19 earlier a few days ago had gone to work. However, the virus had made his lung condition much worse that he died last week due to lung failure.

His grandson Cadin Limon who is 22 said that his grandad who passed away due to lung failure did not get vaccinated as he feared this might have some adverse effect with the current medication he is taking.

Many health care workers and scientists believe that to beat covid 19 the first step will be to educate people on the adverse effect of not taking the drug and make them understand that the vaccination has no effect on the ongoing medication.

It has been observed that the cases are getting lower in West Virginia however the deaths and the hospitalizations will continue to go up for another 6 weeks until a saturation point is reached. CDC has advised hospitals and health care units to increase their workforce and their beds so as to accommodate more people in the event if the death rate goes beyond 2200 a new lockdown will have to be initiated across the US.