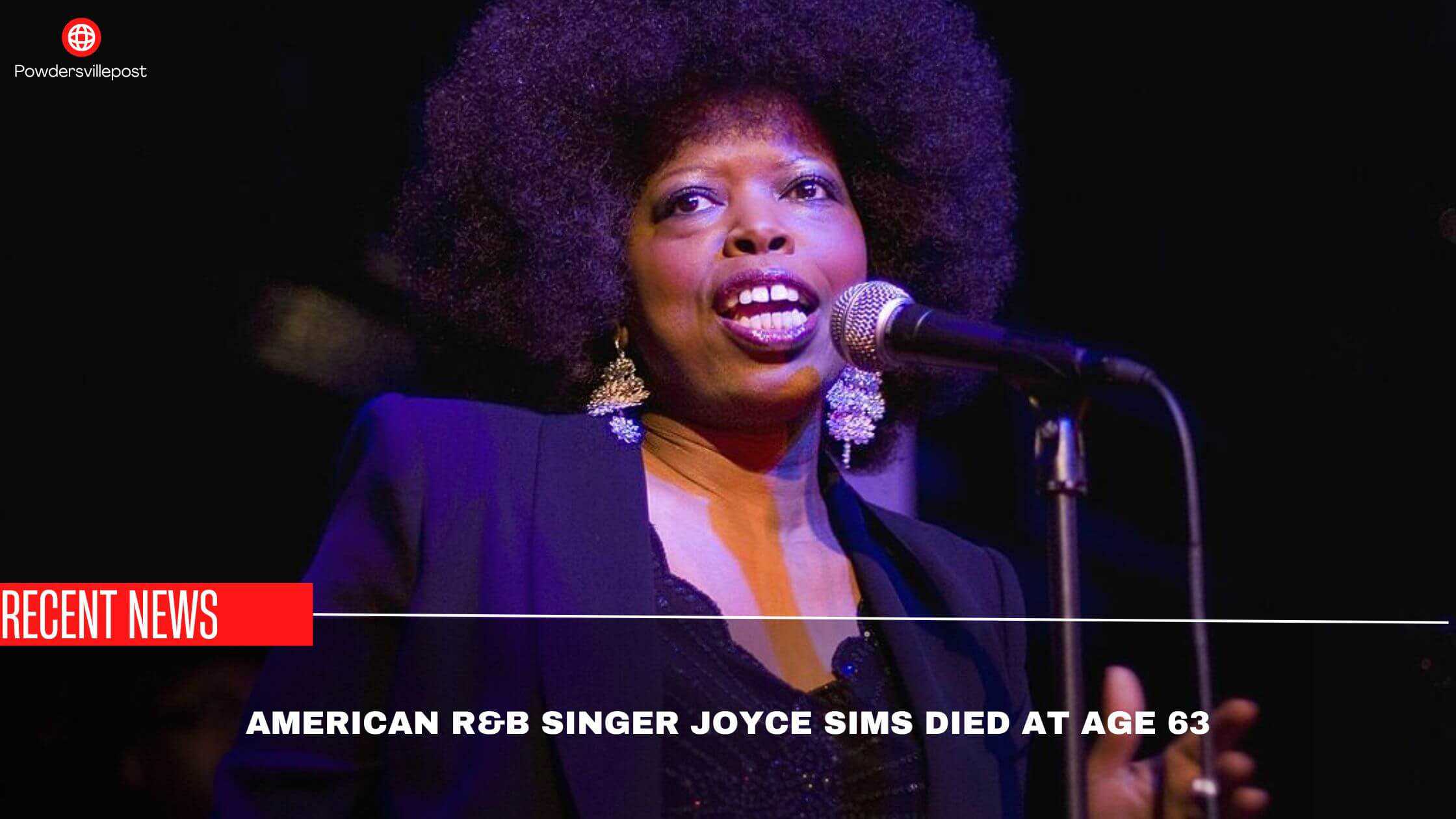 American R&B singer and songwriter Joyce Sims, aged 63, passed away on October 14th. The news of Sims’s death was confirmed by her family on social media. However, the cause of the death has not been disclosed. Sims was living in New Jersey with her family. She is survived by her husband  Errol and two children.

Born in Rochester, New York, Sims underwent formal studies of music in college. She rose to popularity in 1986 when her first hit single “All and All” reached the No.16 position on the UK Singles Chart and made it to number six on the US dance chart. Following that, in 1988 Sims came up with “Come into My Life”, an all-time hit that managed to become No. 10 on the US Billboard R&B Chart and No. 7 on the UK Singles Chart. In an earlier interview this year, while referring to Come into My Life, Sim had remembered that many of her dreams and aspirations had come true with the release of that album.

Joyce Sims had a huge fan following in the UK and delivered chartbuster tracks such as Lifetime Love, Looking for a Love, and Walk Away. Her music has been sampled or covered by famous stars such as Snoop Dogg, Randy Crawford, and Angie Stone.

While speaking at an interview earlier this year, Sims described her childhood as a “close-knit” family, being one among five siblings. Her father was working as a machinist for Kotak and her mother donned the hat of head chef at the family-owned restaurant. While recollecting her childhood memories, Sims said that money was tight during those times, but her family had everything they needed and some of the things they wanted.

The singer had been touring in England this summer and was working on a new album that was due for release this year. On hearing the news of Sims’s death, Twitter, the social media platform was flooded with tributes to the singer.

Annette Ramsey, Sims’s sibling, said that her heart is broken. She went on to post on Facebook stating that she will always remember the good times she has shared with her sister. She also expressed gratitude to her sister by stating that the love and support Sims extended to her will not go futile. The FB post ends with Ramsey paying homage by addressing Sims as ‘Big Sis’.

Debbie Sims Hall, another sister of Sims, termed the late singer as a beautiful soul inside and out and that she will be truly missed.

Edward Adoo, the BBC radio broadcaster, while reminiscing Sims said that “All and All” and “Come Into My Life” used to be played often on specialist and daytime radio during his childhood days. He went on to add that it was very sad news to hear in the morning and Sims was a major part of the soul scene.

Chris Rizik, the publisher of the website SoulTracks, remembered the singer as an amazing talent who sang, wrote, and played for them for more than thirty years. He also mentioned that the world of music will mourn the passing away of this versatile talent whose contribution to music was far higher than the huge fan following she achieved in the last three and a half decades.

Former England and Liverpool footballer, Stan Collymore, shared his happy memories of playing the singer’s track All and All repeatedly on his Sony Walkman daily morning while boarding the bus to Walsall FC where he was working as an apprentice. He thanked Joyce for the music and wished that her soul rested in peace.