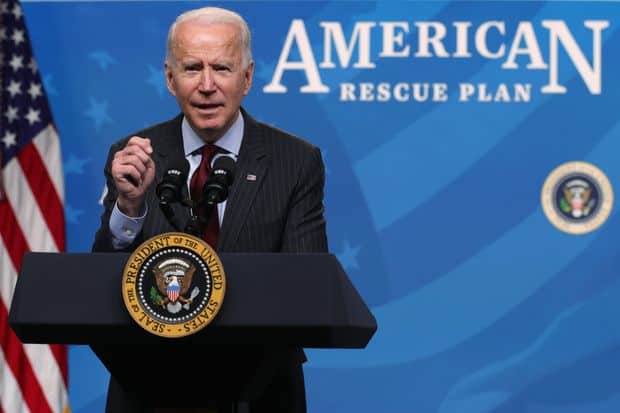 The House controlled by the Democrats has approved President Joe Biden’s Covid-19 relief package on Saturday, early morning. This key step is a measure to provide relief which would help millions of Americans with $1,400 stimulus payments, extend unemployment aid and ramp up vaccine distribution throughout the summer.

This bill can be called as the Rescue Plan of America, was passed with 219 in favour and 212 against it. No Republicans have voted for the bill and two of the Democrats have voted against it.

The two Democrats who voted against it are Jared Golden, D-Maine, and Rep. Kurt Schrader, D-Ore. This bill should have been passed with bipartisan support but it didn’t due to the nature of Republicans who should have voted for the bill for the betterment of America.

American Rescue Plan Bill With $1,400 Stimulus Passed By The House

This bill will now go to the Senate where both the parties have an evenly divided number. This is where it will face a difficult path. If the bill is not passed it will be due to the Republicans.

All of the Senate Republicans won’t be supporting the bill due to its scope and size. So, President Joe Biden will have to ensure all of the 50 Democrats senators to vote for the bill.

The tie-breaking 51st vote will be cast from Vice President Kamala Harris to ensure that the bill remains intact with all the key pillars.

Nancy Pelosi, House Speaker said that it is a great day for everyone to take on the spread of the virus by casting the vote. This bill will put the vaccination in the arms of the American people, children into school, money in the pockets, workers back to their jobs and other things which the government will be trying to do. Before the vote, the House Speaker also saluted President  Joe Biden for his Rescue Plan of America.

If the bill is passed in the Senate it would:

Democrats and Biden want this bill to pass before mid-March before the current insurance benefits for unemployment expire which was provided in earlier policies.

Republicans have lined up against the plan of the opposition. While 2 Democrats are opposing their own party for some benefits of unknown nature. They state this plan as a bloated one with no related policies.

There is support for some elements for Biden’s proposal by the Republicans but they say that this plan has money for those programs which are unrelated to the pandemic like the funds to the state. Little do they understand that states need this money to revive the economy.