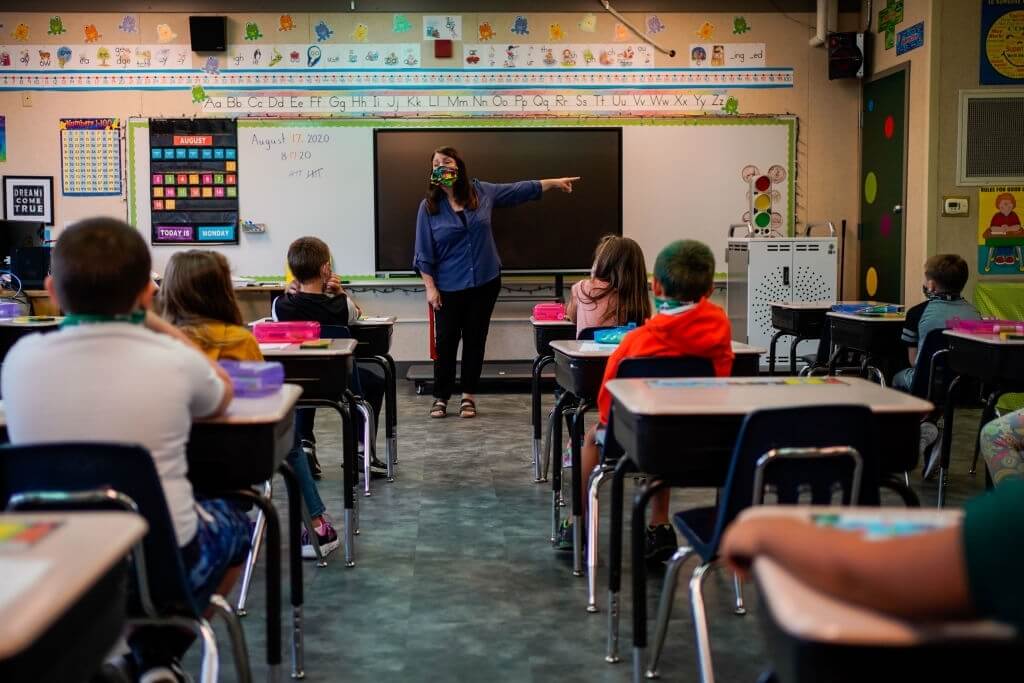 The reality is getting grimmer as the United States has reached a stage in the Covid-19 pandemic where a case of Covid infection is being reported every second. That’s more than 86000 cases in a day. The John Hopkins University was correct in reporting a 7 day average of 80000 daily cases over the past week.

Realizing that a large number of school-going children are unvaccinated and prone to infection, The United States Department of Education released its modus operandi on Monday 2 August 2021 for vaccination and following of Covid protocol including wearing of masks. Several states have issued bans against enforcing the wearing of masks in schools and even asking for proof of vaccination as a criterion to be allowed into schools and workplaces. Several other states have not issued any bans but are not enforcing the mandates either.

One such state is Arizona where the authorities have forbidden implementing any mask mandates. But the Phoenix Union High School District got its students to wear masks as they came to school on Monday 2 August. A day later, students of the Phoenix Elementary School district also joined wearing masks en masse. The Phoenix Elementary School District told news media that it needs to take every precaution to protect the lives of those entrusted to them.

In the state of Florida which is one of the states to ban mask mandates, Governor Ron De Santis has gone to the extent of threatening to stop district funding to the Duval County Public Schools which has made a lenient mandate for masks with an opt-out choice. Texas Governor Greg Abbott has banned any kind of mandates in his state. Mississippi Governor Tate Reeves has openly said he will not be issuing any mask mandates for schools in his state.

In the other states of Tennessee and Ohio, schools are going ahead with mask mandates and other covid protocols while their governors are against any imposition of mandates. Shelby County schools in Tennessee have retained their mask mandate and are ready to return to remote classes and sessions if cases continue to rise. The House speaker of the state of Tennessee has rewarded the bold initiative by Shelby County Schools with a special session for prohibiting the action taken by them.

The state of Oklahoma had also imposed a ban on any kind of mandates including mandatory vaccination and the wearing of masks. Now legislative Democrats in this state have asked for a special legislative session for rolling back the new law imposed by the state against masking mandates.

The state of Louisiana is witnessing a sudden surge in cases of the delta variant of the Sars-COV-2 virus. The president and CEO of the North Oaks Health System in Hammond have reported seeing 4-5 stretchers waiting in the emergency section and they have been forced to ask ambulances not to bring further cases of covid 19 as there are no beds available. Louisiana Governor John Bel Edwards has admitted to his state having the highest per capita ratio of covid positive cases.

In the meantime, a delta plus variant of the Sars-COV-2 virus has been detected in South Korea with 2 people found infected. First detected in Europe back in March 2021 Europe. A research fellow at the University of Sheffield has confirmed the presence of this new variant but says nothing can be said whether this new variant will dominate over the existing variants.

Schools across the United States need to be given support in their bold initiative to control further spread of the Delta and other variants and local authorities should join them rather than belittle their efforts.