Caron Bernstein, a former top model, came out in support of her friend Amy Dorris who has accused President Donald Trump of sexually assaulting her years ago. She said that Amy Dorris did not come out in public due to political motives, and it just happened. 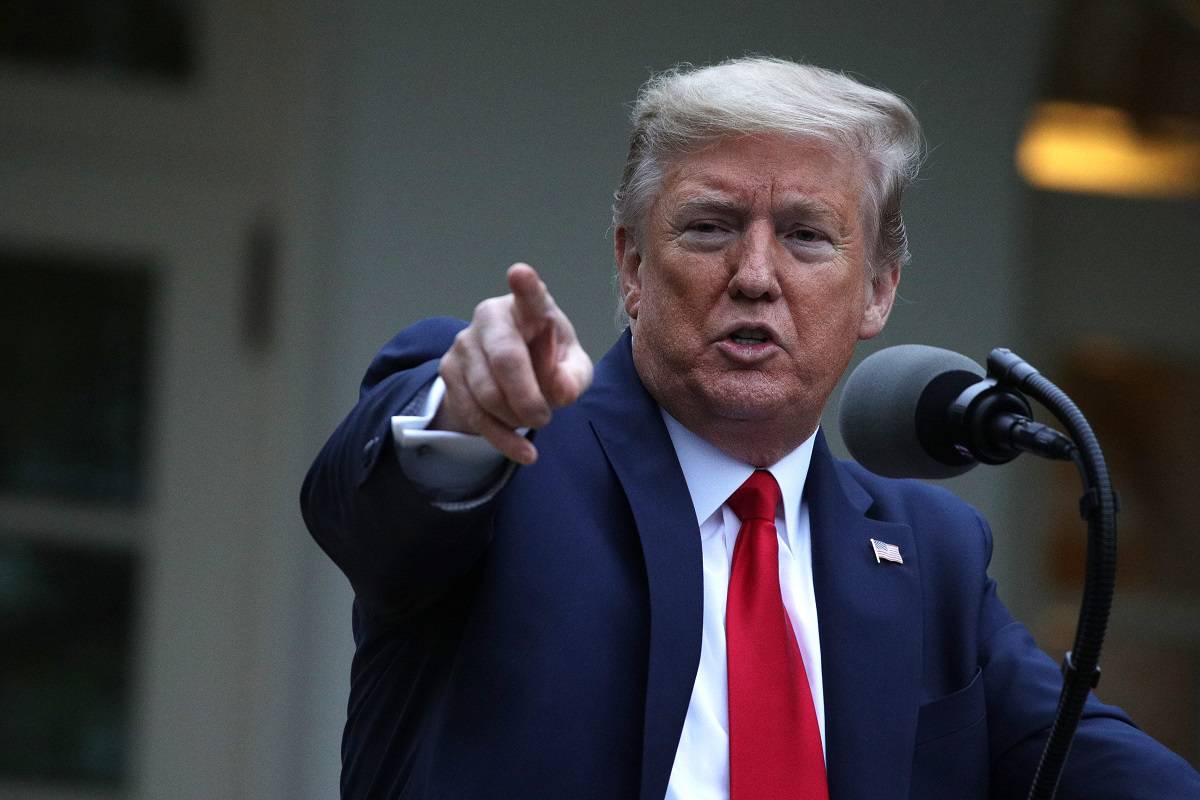 Bernstein said that Dorris did not have any political agenda behind the timing of the allegations, and she had been with Dorris through the decision and interviews that were given to The Guardian. Dorris became friends with Caron Bernstein in 2008, and she has always supported her to come out in public about the assault. Caron Bernstein is a former top model, and her husband is a good friend of Dorris. Dorris first told Bernstein’s husband about the assault in 1997. Bernstein is also a rape survivor, and she became good friends with Dorris after being introduced by her husband.

Bernstein is a spokeswoman for the Humans of Fashion Foundation that aims to protect workers in the fashion industry from abuse. She said that the MeToo movement was a huge inspiration for Dorris to come forward with her story. She also said that Dorris did not have any connections with the other women who had accused Trump similarly before the story was published. Dorris suffered from high fever and strep throat before the story broke recently and the stress of the imminent publication of her story lead to this, according to her friend. Bernstein said that she tried to get in touch as the story broke and also warned Dorris not to go on Twitter as supporters of Trump were likely to blast her for the story. Dorris is currently in seclusion and avoiding the media as she tries to regain her health.

Bernstein said that this is a huge relief for Dorris, and it has empowered her in many ways. Dorris is a mother of 13-year-old twin daughters, and she was aware of the backlash that would come from supporters of Donald Trump. She also understood that reporters would pursue her, and her motives, along with the timing, will be questioned by everyone. The alleged incident happened on September 5, 1997, in the VIP box at the US Open in New York. Dorris was 24 years old at that time, and Donald Trump was 51. She said that when she went to the bathroom, Trump forced himself on her after a brief exchange of talks. She said that she asked him nervously to get away as Trump forced his tongue down her throat. She added that Trump touched her all over the body and held her tightly so that she could not escape.

Dorris said that she had informed her boyfriend about the incident soon after she came out, and he went to confront Trump at the event. Trump told her boyfriend that she was out of his league. Dorris alleges that her boyfriend was a friend of Trump, and she spent four days around Trump with her boyfriend during that time. Dorris has six photos with Trump along with the ticket stub to the event as per the reports available on Guardian. Trump has strongly denied the allegations through his lawyers and said that he had never abused or harassed Dorris. Such allegations have become common, especially during important political events, and many people see this as a politically motivated strategy by the opponents. This is not new to Donald Trump, and several models and others who have worked with him in the past have made similar allegations of sexual assault against him in the past. However, Trump has denied all such allegations in the past and continued to do the same thing even this time.

Even though many people support Trump considering the timing of such allegations, it is the loose talks of Trump that often get him into trouble with such incidents. He has made insensible comments about women in the past on multiple occasions, and this gives everyone an opportunity to talk about the allegations. Many people think that if he can talk in such a derogatory manner about women in public, his behavior in private may be worse, and they tend to believe in such allegations made by some women against Trump. Recently, he got into trouble when he said that some women were not his type when she accused him of sexual assault. Such insensitive statements by a President does not go down well even with some of his supporters. Trump should understand that it is necessary to maintain some dignity while talking about women in public, and he cannot get away with loose talks like a common citizen.

The opponents of Trump have not yet reacted to this news, and it is likely that they will try to gain the advantage of such incidents. Even though nothing is so far proved against Trump in the past in terms of such allegations about sexual assault, it has surely dented his image in public. It would be interesting to see what kind of impact this will have on the elections that are scheduled to be held in November. Earlier, Clinton faced such allegations, and this had a serious effect on his political career. However, Trump has been bold enough to take on such allegations, and he has always taken an aggressive stance when it comes to countering such allegations of sexual assault.

The interesting thing about all the allegations on Trump is that they have come to the limelight only in the last few years. Even though most of the alleged incidents happened way before he was into active politics, they came into media focus only in recent years. This gives rise to a lot of doubts as many supporters of Trump feel that they are mere attempts by the opponents to get him out of office. The supporters feel that opponents are using such cheap tricks to malign the image of Trump in public. Considering all these things, it would be interesting to see how this new allegation shapes up in the future.