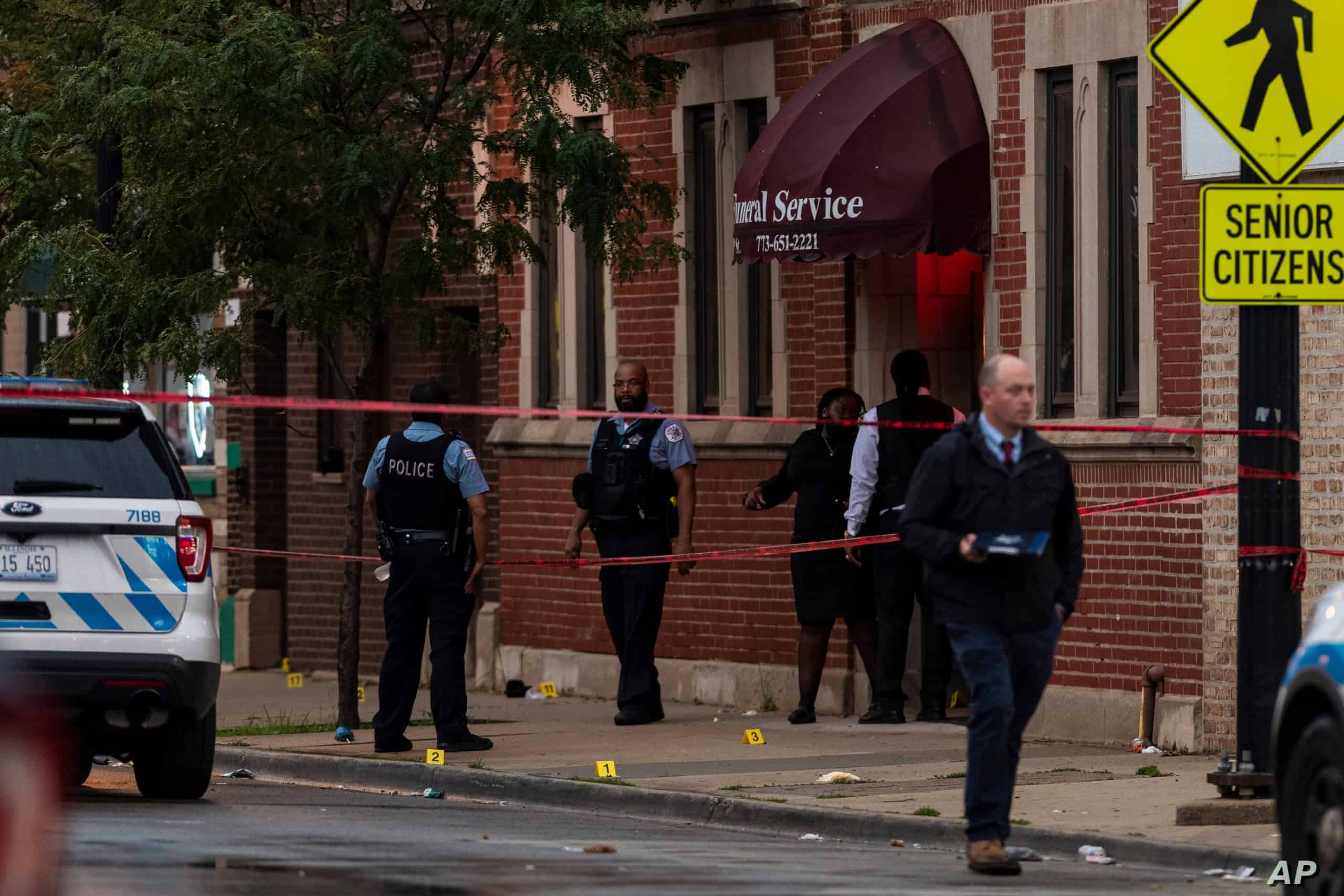 Chicago recorded a maximum percentage of homicide in the year 2019 as compared with other countries. As per Cook Country Medical announcement this week, 95% were recorded as people of color. Chicago tops the list of the highest number of deaths.  The country records violence in the south and west side and other few neighbourhoods. The scenario of the violence occurring is increasing day by day and is affecting the weaker section of the country. The windy city is witnessing violence and crime during this summer amid the coronavirus pandemic. According to the police report, children are more targeted, and dozens of children under 10years of age have been shot. Shooting has risen almost all over the country. In this July mass shooting took place where 15 people were shot in a funeral at a funeral on the south side.

During a press conference, Katya Nuques, executive director of a community organization stated in Latino Little village that the city is facing illness, death, higher rates of unemployment and loss of income in the communities which have led to the increase of crime and violence all over the country. The pandemic hence has worsened the situation in a few states as it is not only affecting the people’s health but also playing a great role in diminishing country’s wealth.  It has highlighted the vulnerabilities of the communities in Chicago. The diminishing wealth and crisis have led to a downgrading of employment graph, causing higher rates of unemployment in the cities. Amid the pandemic, the people are losing the job on the base of discrimination. It is disproportionately affected the people of color in the city. As per the latest census, 75000 cases of Covid-19 has been reported in Chicago, out of which 3000  people have died, with three in four deaths among people who are Black or Latinx. The community is almost at the edge of shattering as stated by Demeatreas Whatley, a violence interrupter with the organization Cure violence in Southside neighourhood of Grand Crossings. He also added that people who congregate late night at blocks are easy targets for shooting. Whatley shared that people don’t go in their home; rather, they congregate on blocks. These people cannot be stopped with words or actions since they do not pay heed to any words rather will shoot up the whole block.

As per the census of 2016 of Cook Country report, 900 homicide deaths was recorded in the country, marking 2016 as the documented year of Chicago. As per the earlier census, more than 900 homicides were recorded in the year 1995 and 1996. 1994 was a historical year for Chicago as it has marked 1141 homicides which is the highest and most fatal of all times. After summer, there is a fall in the number of murder in the country, but a contrary has been observed in case of crime and violence since it is increasing at a much higher rate. From July to August, violent crime appeared to be on the rise again in September. Police superintendent David Brown has said that Fifty-three people were shot, 10 fatally in 35 shootings over the weekend. In labor day weekend the same number of shootings has been observed. The people who are taken into custody are identified as the most wanted criminals in the list of violence and crimes that occurred in history. Brown expressed his frustration and added that these criminals deserve to stay at the jail, and they need to be held more accountable. In this year, New York and Los Angeles police have recovered more than 7400 guns. The number of crimes against officials has also increased with a record of 55 shot at, and 10 have been shot this year. This year Chicago has recorded a five-fold increase in crimes as compared with previous years. The police department of all the cities of the country is risking and taking steps at their best to recover and control the situation of the country.

Attorney General Bill Barr visited Chicago last week and touted the success of Operation legend in reducing gun violence in the city. “Crime is down, and order is being restored to this great America city,” Barr said. The Federal has activated operation in nine cities after the murder of 4year old LeGendTaliferro in Kansas city two months ago.  The Federal has dispatched 1000 agents to help state and local enforcement to counter violent crimes, as per the statement of Bill Barr. He also ensured that Federal charges had been filed against 600 defendants among 2500 who were arrested as of last Wednesday. The crime against toddlers is increasing amid the pandemic. The children are targeted and shot at sight. The grieve in the city is growing as parents are losing and burying their little one. Pandemic and violence have weakened the roots of the country, and people are starting to lose hope. More than 500 people had been arrested in Chicago. Among them, many were charged for violent crimes. 124 criminals had charged, including 90 with firearms and 30 for drug trafficking. Barr said that Operation Legend has helped to cut the murder rate in Chicago and has played a prime role in controlling the environment of the country with its drastic and definite steps.

But Mayor Lori Lightfoot disagree to the fact that the rate is in control. Lori said, ” We are absolutely leaning into those federal relationships, but the cause and effect that Attorney General Barr tried to make today, I think the fact just don’t bear that out. Not yet.” She has written a letter to Barr and a similar letter to Donald Trump in the past calling the federal government to focus and implement background check and regulating interstate gun trafficking to prevent gun violence in Chicago. Lightfoot has taken 750 million dollar initiative to power up and strengthen the police force in the South and Westside neighbourhood. She added that “The best way to reduce crime is to prevent it from happening in the first place, and you do that through community policing-getting better officers out of their cars and into the barbershops and salons and churches and into the living room of our neighborhood where they are assigned.” Where else Vaughn Bryant, executive director of Communities Partnering 4 Peace, said that his organization could not fix the city’s epidemic without the investment of the city in its housing, economic development and health and transportation services in historically underserved communities. He added that the country should all the things go together and some system-level work should be carried out in conjunction with other works.