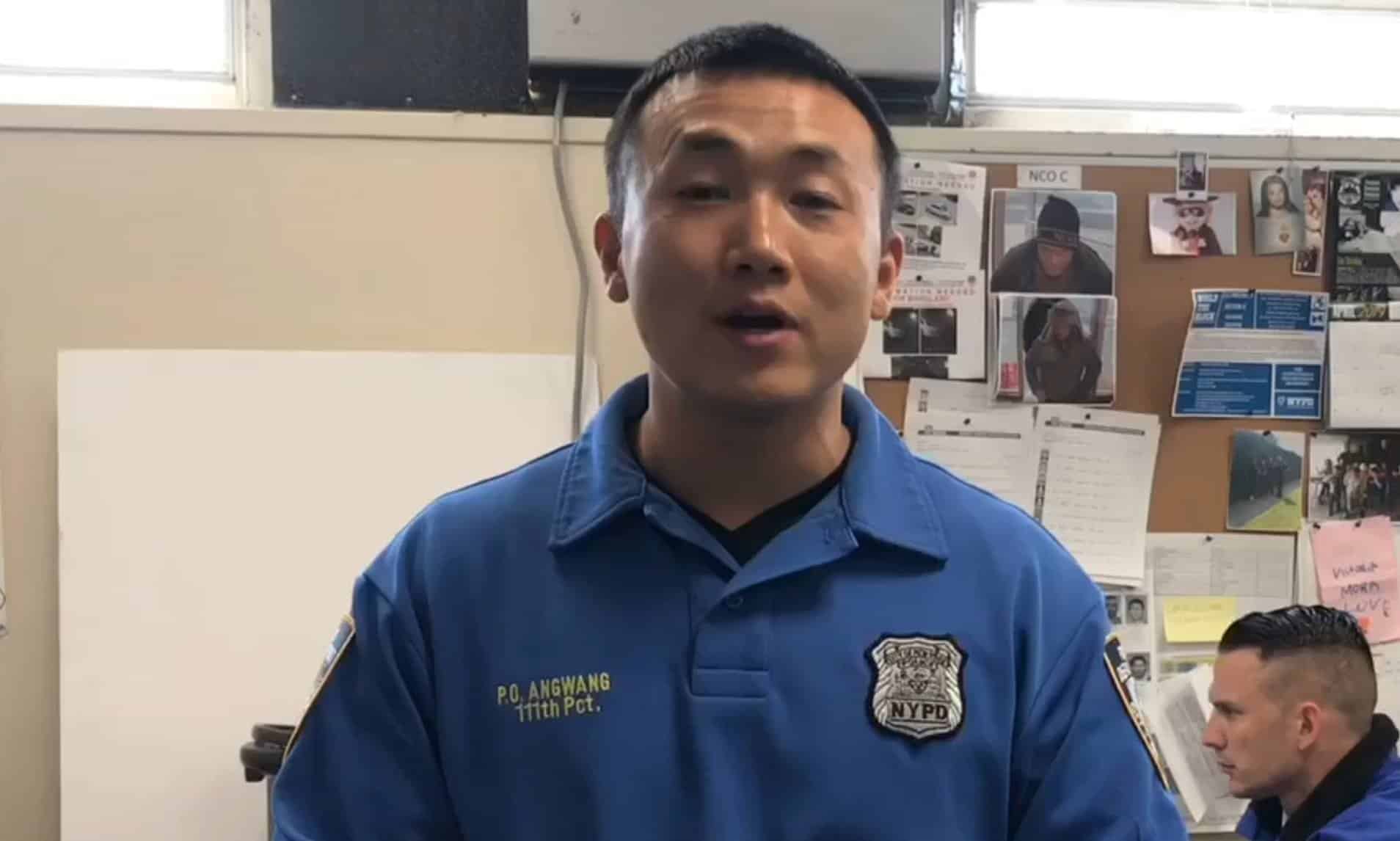 When the USA is already suffering a lot, there comes another news of an officer in the NYPD being accused of being an illegal Chinese agent. No that has actually set the bells ringing in the ears of the officials as no one knows what all information he might have leaked to the Chinese side and what was his mission.

Is it that China is planning something against the US in the future? With a lot of commotions already going on between China and the US, this Chinese agent thing has come up as a huge shock. The officials are investigating the issue, and the NYPD officer has been arrested. According to a criminal complaint, a New York police officer who rose through the department’s ranks is accused of using his role in the department’s community relations unit to give Chinese officials access to NYPD officials and provide insider knowledge about their operations.

According to the U.S. Attorney’s office for the Eastern District of New York, the cop, Baimadajie Angwang, 33, was arrested on Monday. According to a lawsuit, Brooklyn federal prosecutors charged him with working as a foreign agent without notifying American officials, wire fraud, and making false statements. He was also charged with obstructing an official proceeding — the prosecutors say that he was lying on a form of national security clearance that gave him a “classified” security clearance.

Angwang, who joined the department in 2016, is part of the Queens-based NYPD’s community relations unit. He is currently suspended; when asked if he is suspended with pay, the NYPD has not replied. Though this is a very big remark on anyone’s life, this has come true, and the investigation process has started with full flow. The officials are leaving no stone unturned and are worried about what all information might have been leaked from this side to China. A complaint unsealed Monday alleges that Angwang used his official role in the NYPD to offer senior NYPD officials access via invitations to official NYPD events to (Chinese) Consulate officials. He is also accused of telling an official at the consulate that he would provide non-public information on the NYPD’s internal operations.

Angwang has been dealing with many investigations documents and has been fiddling with several things that prove that he was up to something big. There have been reports that he used his position to find out some non-public information too. Angwang is a former Marine who, according to his service record, served in Afghanistan in 2013. He has worked as a U.S. Army Reservist since 2014, where he is a staff sergeant serving as a specialist in civil relations. According to the criminal complaint, his responsibilities with the Army Reserve include advising the command on the tactical and organizational deployment of civil affairs teams, and he holds a secret level security clearance.

In the lawsuit, prosecutors claim that an investigation revealed that Angwang allegedly worked under the direction and control of Chinese officials to report to the consulate on ethnic Tibetans’ activities in the New York City region and helped identify and evaluate potential Tibetan officials. The proceedings have begun, and Angwang is proving to be a well-trained person who will not be easily drilled. He is giving all sorts of wrong answers and has been lying. His family is also traced, and all his friends and peers are being questioned. Prosecutors say that Angwang has had a friendship with at least two Chinese officials stationed at the New York consulate since 2018. He officially obtained assignments from them and reported back to them, repeatedly referring to one of the officials as Boss.

Angwang, a naturalized American citizen, came from China to the United States on a cultural exchange visa, overstayed his second visa, and ultimately applied for asylum in the United States, saying, according to the lawsuit, he was arrested and tortured in the People’s Republic of China due in part to his Tibetan ethnicity. The call records from the officer back in 2018 also showed that he had a word with the Chinese officials asking whether they have placed someone in the NYPD or not. One of the officials from the Chinese department has said that the work is beyond reproach. According to the charges, the Chinese government recruited and directed a U.S. citizen and member of the largest law enforcement agency of our nation to further its intelligence collection and persecution of Chinese abroad.

According to the complaint, he allegedly told a Chinese consulate official after Angwang obtained a promotion, which meant that he could consulate with NYPD information. When the NYPD asked Angwang to participate in a T.V. interview for a Chinese government-critical media outlet, Angwang requested permission from a Chinese consulate official who told him he was not supposed to do so, the complaint states. In a statement to CNN, NYPD Commissioner Dermot Shea said, Baimadajie Angwang violated any oath he took in this country, as claimed in this federal lawsuit. Out of three One is the United States, another to the U.S. Army, and a third to this is from the Police Department.

The Intelligence and Internal Affairs bureaus of the NYPD worked closely with the Counterintelligence Division of the FBI from the earliest stages of this investigation to ensure that this person will be brought to justice. Angwang is also charged with obstructing a public proceeding — his national security history inquiry by the Department of Defense. Angwang reportedly gave misleading answers to questions while filling out forms as part of his U.S. Army Reserve service, including one that questioned if he or any member of his immediate family had connexions with a foreign country, its establishment, or members. In 2019, he replied “no” to that question. The accusation for wire fraud stems from claims that Angwang and his wife have received many large wire transfers from a bank account in China in his brother’s name and from a person with a Bank of China account in New York, totalling approximately $120,000.