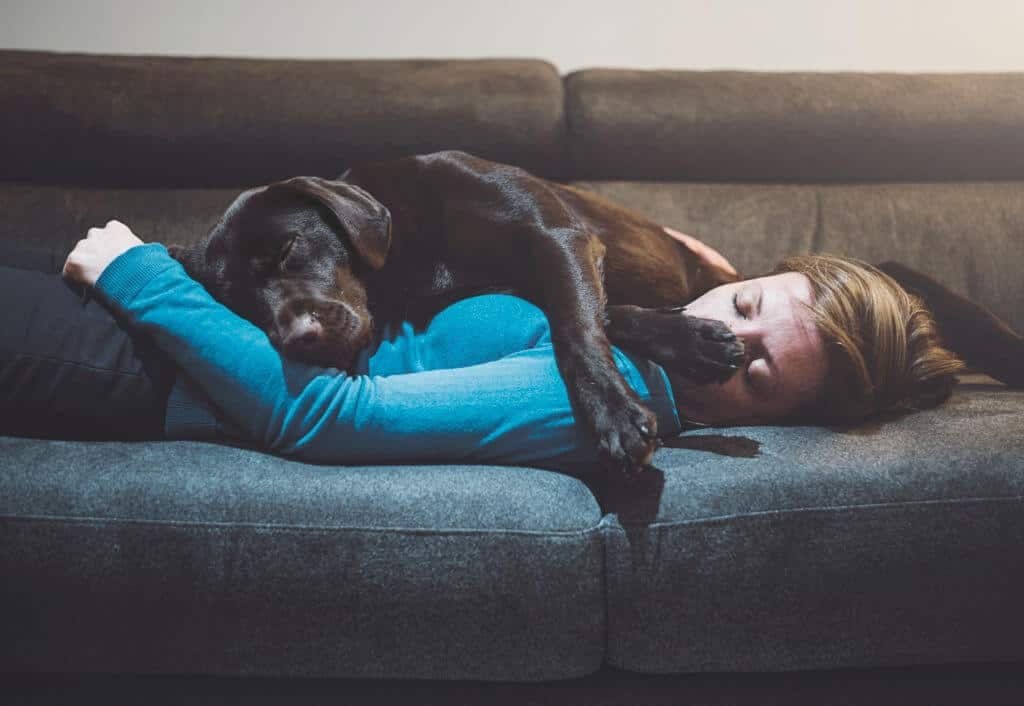 Dana Varble from North American Veterinary Community stated that it is a good thing to allow your pet animals to sleep with you. One of the main advantages of this is that the animal starts trusting you more now as you are sharing your space with them. Even though animals cannot speak they understand the simple gesture which we humans do for them and they can very well makeup if we are being honest or not.

Animals To Sleep With People?

Varble further added that the most basic pet animals like cats and dogs are seen to emit dopamine and oxytocin when allowed to sleep with their owners. The mentioned enzymes are feel good hormones which makes them joyful and not moody. She stated that many owners also let their pigs sleep on their bed, please note that these are indoors pigs who are well groomed and checked for infections on a regular basis.

Dr Vsevolod Polotsky who is a professor at Johns Hopkins School of Medicine stated that although this may be good for pets but this is very hard for humans. Dogs and cats might sleep for some time but later in the night they will wake up and move around the bed disturbing the sleep of humans. It is to be noted that animals don’t need 7-8 hours of sleep for their daily activities like us humans. These small gaps in sleeps for humans could lead to headaches and other issues. Anxiety and stress are also seen in people who do not get a sound sleep at night.

Dr Raj Dasgupta from University of Southern California states that sleeping with animals has its own merits as well. Many people who are afraid to sleep alone finds solace in this and can sleep better. People with anxiety and depression are also said to find more medium ground thereby increasing their conditions.

A data collected in 2017 showed that more than 50% of the owners are happy to sleep with their pets in their bedroom and stated that not much issues have been observed. As much as 20% people stated that their sleep has been disturbed by the barking or the pets moving on the bed from time to time and thereby causing insomnia.

In 2017 a study was done in which a tracker was put on both human and dogs to see the comparison of sleep if they allowed their pets in bedroom. It was found that when dogs are sleeping in the same room humans slept well. However, there were large issues when the dog slept on the bed with humans with many disturbing nights and sleeplessness.

The same was done with kids of the age of 13 to 17 and it was observed that kids slept well when the dogs are in the same room. However, when the dog slept on the same bed things got bed. Kids started to lose their sleep because of the movement of dogs in and around the bed at night time.

The main issue is that the dogs don’t know the social convention of not to disturb anyone while moving in and out of the bed and this can be only taught to very few dogs and requires high level of training as well. This won`t be possible for all day to day households. Many people tried to train their dogs however were not that successful in achieving the desired target of sound sleep at night.

Thereby the research concludes that it is good to let your pets sleep in the same bedroom however issue comes when they come onto the bed.