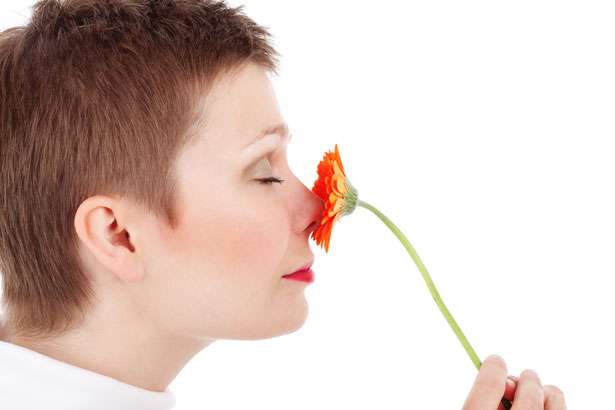 A recent study reveals that breathing in small particles of air pollution over time may impair one’s sense of smell.

Researchers discovered that persons who had long exposure to this sort of air pollution, known as particle matter, had a roughly doubled chance of losing their sense of smell (anosmia).

Anosmia, Loss Of Smell Can Be Caused By Air Pollution

According to senior researcher Dr. Murugappan Ramanathan, it’s interesting that the entire group of people who had lost their sense of smell had considerably higher exposure to ‘particulates’ than the group who didn’t get the condition. He is a Johns Hopkins University School of Medicine associate professor of otolaryngology.

These microscopic particles have a diameter of fewer than 2.5 micrometers, which is around 30 times smaller than the diameter of a human hair. PM2.5 particles have been linked to several health issues, including heart disease, lung cancer, and asthma.

Diesel vehicles and trucks emit PM2.5. It can be composed of a variety of components, such as dust, dirt, soot, smoke, organic compounds, and metals.

However, Ramanathan emphasized that this study cannot establish that exposure to PM2.5 causes anosmia, simply that there appears to be a link.

In this study, it is unclear whether the loss of smell was caused by air pollution affecting neurons that regulate the sense of smell or by inflammation in the nasal membrane. It is also unclear if the loss of scent is permanent.

When a person’s sense of smell returns, it’s generally after a viral illness or when inflammation subsides, according to Ramanathan.

Anosmia is a frequent sign of COVID-19 infection. Some individuals who have the virus lose their sense of smell and regain it, but for others, even after a year, it doesn’t return, he says.

According to the research’s authors, all of the individuals with anosmia in this recent research had the illness for a long period.

Ramanathan’s team examined approximately 2,700 people, including over 500 with anosmia, for the article. Using the U.S. Environmental Protection Agency’s Air Quality System, the researchers developed a model to estimate PM2.5 pollution in the ZIP codes of the participants.

Long-term airborne exposure to PM2.5 raised the chance of losing your sense of smell by around 1.7-fold, according to the researchers.

Anosmia may have a negative impact on one’s quality of life by making it difficult to taste meals and notice unpleasant scents. The syndrome puts people at risk for weight loss, sadness, and anxiety, according to the researchers’ background notes.

According to Ramanathan, no single person can do much to limit their exposure to air pollution. He believes that air quality control should be improved.

Kara Hoover, an associate professor of biological anthropology at the University of Alaska, Fairbanks, is an expert in the sense of smell. Loss of smell, like many other health issues, she claims, is exacerbated among poor and minority groups who live in places with greater levels of air pollution.

She went on to say that there isn’t much that a person in those circumstances can do to reduce their risk.

The higher a person’s socioeconomic status, the more access they have to pollution buffers, such as driving an air-conditioned car rather than taking public transportation, or living outside of the city or in areas with more parks and green spaces, which helps clear some of the pollutions, according to Hoover.

Hoover and Ramanathan both agreed that decreasing air pollution requires the cooperation of society as a whole.

She doesn’t believe it’s up to the person, Hoover explained. She believes that a top-down reform is required.

Long-term exposure to rising concentrations of PM2.5 was linked to anosmia in this cross-sectional investigation. This discovery has far-reaching consequences for the link between a common ambient air contaminant and a critical human sensory function.