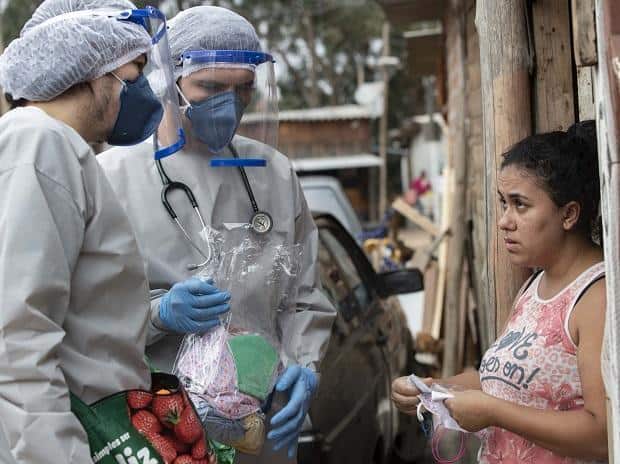 This Covid-19 crisis in the Brazil is the worst at this point of time. Almost all of the Brazilian state has 80% or higher occupancy of the ICU, as per the analysis of some state data. Till Friday, a total of 16 out of the 26 states have an occupancy above 90%. This means that the health systems have completely collapsed or are at a potential risk of the same.

Another Covid-19 Spike Is Expected In Brazil

The seven day of both the new cases and newer deaths are quite higher than it has ever been quite higher. In the past ten days, about twenty five percent of the total Covid-19 deaths which have been recorded in Brazil, as per the analysis of the experts.

Brazil is getting clear signs in which there will be a critical acceleration, that is, a spike is yet to come in the Covid-19 and it is quite unprecedented as said by Jesem Orellana, who is the Brazilian epidemiologist.

If getting a vaccination is one of the ultimate ways from this Covid-19 pandemic, Brazil will need a long way to reach lower cases and no cases at all.

Till Friday, a much lower figure of around 10 million people in the Brazil out of the 220 million has got at least a single dose, as per the federal health data released recently. Around 1.57% of the total population have been completely vaccinated.

This is a result of the slow rollout of the vaccine program which has been constantly ruined by delays. The announcement of the vaccine distribution plan was made ready in early February, the government has promised more than 46 million vaccine shots to be made available in the March. This has been continuously forced to a much lower number, now the estimate is only 26 million by the month’s end.

The in-house production of what this government stated would eventually turn into hundreds of millions of the doses of Oxford-AstraZeneca vaccine shot has just recently started off. The first 5 million doses are delivered now and this was celebrated by the top Health officials of the Ministry this week in Rio de Janeiro, despite it being months behind in the schedule.

Brazil does not have enough vaccines in such an amount which would make an impact in Brazil right now as said by Natalia Pasternak, who is a Brazilian microbiologist.  She has said they won’t be getting it in the 2nd half of this year before there are enough vaccines available for making a substantive impact on this pandemic.

If vaccines remain in short supply in the foreseeable future, then the only way for controlling this pandemic’s growth in the country are the methods which the world has heard and tried. These are no large crowds, social distancing, good hygiene and restricted movements.

Yet in most of the places across Brazil, this is not being followed. In the bustling city of Rio de Janeiro, a common thing is to find a crowd without a mask walking in the streets, without any proper social distancing.

Although Brazil’s famous beaches are closed off this weekend, bars and restaurants are still open till 9 p.m., most are likely filled with full capacity.

Most of the states have already imposed stricter restrictions which include night time curfews, but the local leaders are against the federal leadership or are completely determined for keeping things open.

The President of Brazil Jair Bolsonaro, who a Covid-19 skeptic much to the horror of the country has mocked at the efficacy of the vaccines and also has not taken a vaccine himself publicly.