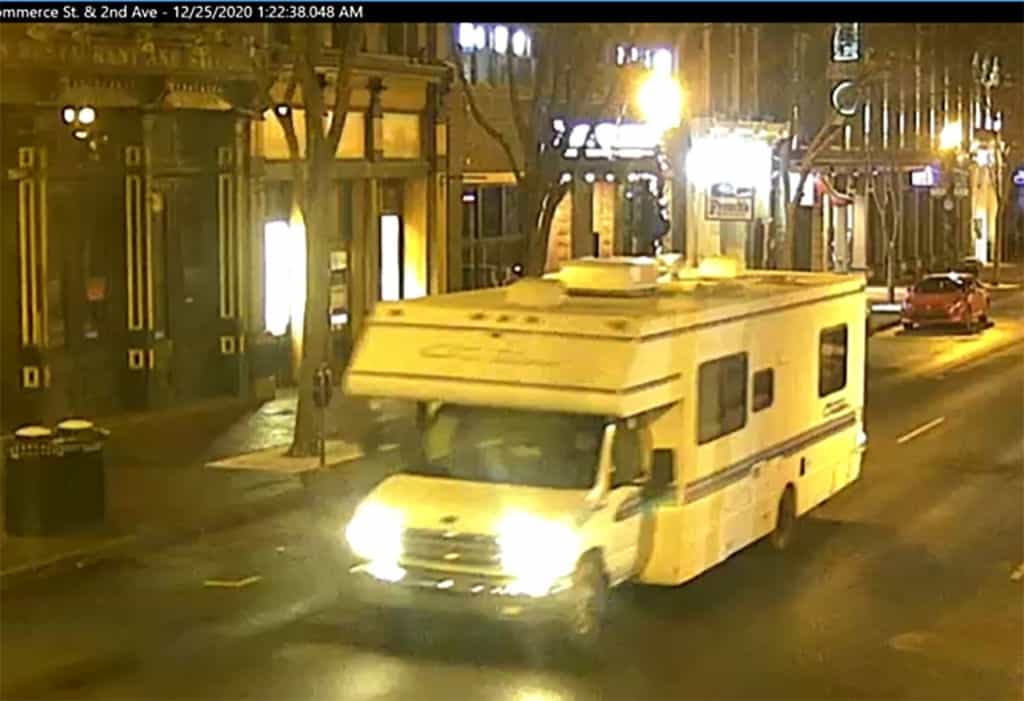 The authorities have made some progress with regards to the explosion that rocked Nashville recently. The police department has identified Anthony Warner as the person of interest in the case.

The DNA found at the scene was matched with the other samples taken at another location by the investigators. The police department on Sunday posted a video of the explosion that showed a person walking away from the scene, followed by the explosion.

The authorities are also working on the types of explosives used in the bombing, and the FBI said that Warner was not on their radar before the bombing incident. The FBI also declined to consider the explosion as an act of terrorism. Authorities have asked people to come forward with any information regarding Warner so that they could understand the motive behind the attack.

The authorities said that it might take some more time for their team to get to the bottom of the incident.

Police officers who responded to a report of shots fired at the scene before the blast said that they saw the recreational vehicle blow up that injured three people in the vicinity. One of the officers suffered hearing loss during the bombing incident.

Mayor John Cooper said that the explosion appears to be a deliberate bombing, and they felt like there was a connection to the AT&T building that was severely damaged in the blast. He added that the motive for the attack was not determined, and an investigation is still on in this situation.

FBI agents visited several places in connection with the incident to try to understand the motive behind the attack. Warner worked as an independent computer technician and held several IT jobs in the past. He was also involved in several legal battles over the real estate with family members.

On Friday, Nashville police responded to a report of shots fired. Officers and witnesses had a broadcast coming from the RV that asked them to evacuate the place and warned them that there was a bomb in the vehicle that would explode soon. As the evacuation efforts continued, one of the officers said that he heard a song playing from the RV.

The AT&T building was severely damaged in the incident and the outage affected residential service and 911 operations on Sunday. Nearly 40 other businesses were affected due to the bombing incident.

More than 250 FBI agents and staff worked on the case and got tips from more than 500 citizens. The incident created widespread panic during Christmas, and the motive still remains unknown to this date. The authorities are clear that Warner died in the explosion, and there was no one else involved in the incident apart from the suspect.

The intention of the bomber appears to be confusing as he issued a warning before the explosion and asked people to evacuate from the scene. Several witnesses and police officers had the warning coming from the RV used by the bomber.

The authorities said that it might take some more time for their team to collect all the information, and they had visited several offices in connection with the case. The investigators also requested the public to come up with any information regarding the suspect so that they could make some progress in the case.