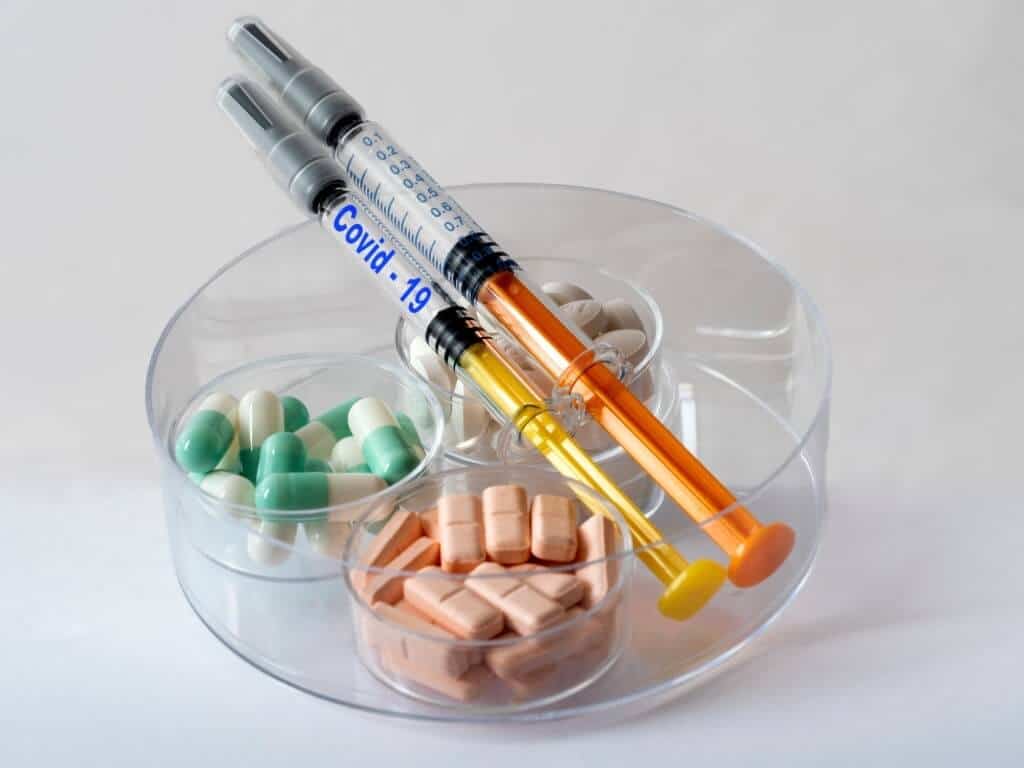 On Friday, Pharma giant Merck & Co said that it would seek approval from the federal government to authorize its antiviral pill molnupiravir for emergencies.

A clinical trial showed that the risk of hospitalization or death was halved when people were exposed to Covid. Several antiviral pills are being tested in studies currently. The new medication is just one of them. In order to battle the virus, doctors have been handed a powerful new weapon.

President Robert Davis, who is also the CEO of Merck said that to fight the Covid pandemic, more tools and treatments are needed urgently. Covid has become a leading cause of death and patients are affected by it profoundly.

He added that they were optimistic that molnupiravir could become an important medicine that helps in the global effort to fight the pandemic.

He also said that they were trying everything possible to bring the medicine to patients as quickly as possible and that they would continue to work on their applications with regulatory agencies.

Vice president of infectious diseases and vaccine discovery at Merck, Daria Hazuda said that they always believed that an important contribution would be made by antivirals, especially oral antivirals.

He added that given the emergence of variants and the continued evolution of the virus, keeping people away from hospitals is of the utmost importance.

The news was embraced by an infectious disease expert.

Dr. Robert Shafer, an infectious disease specialist said that, worldwide, it would translate to many thousands of lives being saved, especially in places where there is less access to monoclonal antibodies.

He is also an expert on antiviral therapy at Stanford University.

A virologist and research scientist at the Vaccine and Infectious Disease Organization at the University of Saskatchewan in Canada agreed that antiviral pills can potentially reach more people and antibody treatments that are cumbersome.

She told the times that it is going to translate to an objectively larger number of lives that are potentially saved with this drug if it holds up at the population scale.

She added that it’s still going to be huge even if it is not doing the same numbers of efficacy as monoclonal antibodies.

Molnupiravir was taken 2 times every day for 5 days in the Merck trial. It has not been published or peer-reviewed.

The trial was recommended to be stopped by an independent board of experts who were monitoring the data from the study. The reason for this was because the benefits of the drugs to the patients were so convincing. The company added that the FDA had agreed with this decision.

The study had enrolled 775 volunteers by early August in the United States and overseas.

Within 5 days of infection, they had to take the pills.

The risk of hospitalization or dying was reduced by 50% for those who were given the drug. Merck said that there were no concerning side effects when compared to those who took the placebo pills.

None of the patients died and 7% of volunteers in the group who received the antiviral pills were hospitalized.

In the placebo group, there were 8 deaths and a 14% rate of hospitalization.

The Post reported that the pill may also work against the Delta variant according to lab and animal experiments.

Molnupiravir might even work on other coronaviruses or RNA viruses as it introduces nonsense mutations instantly.