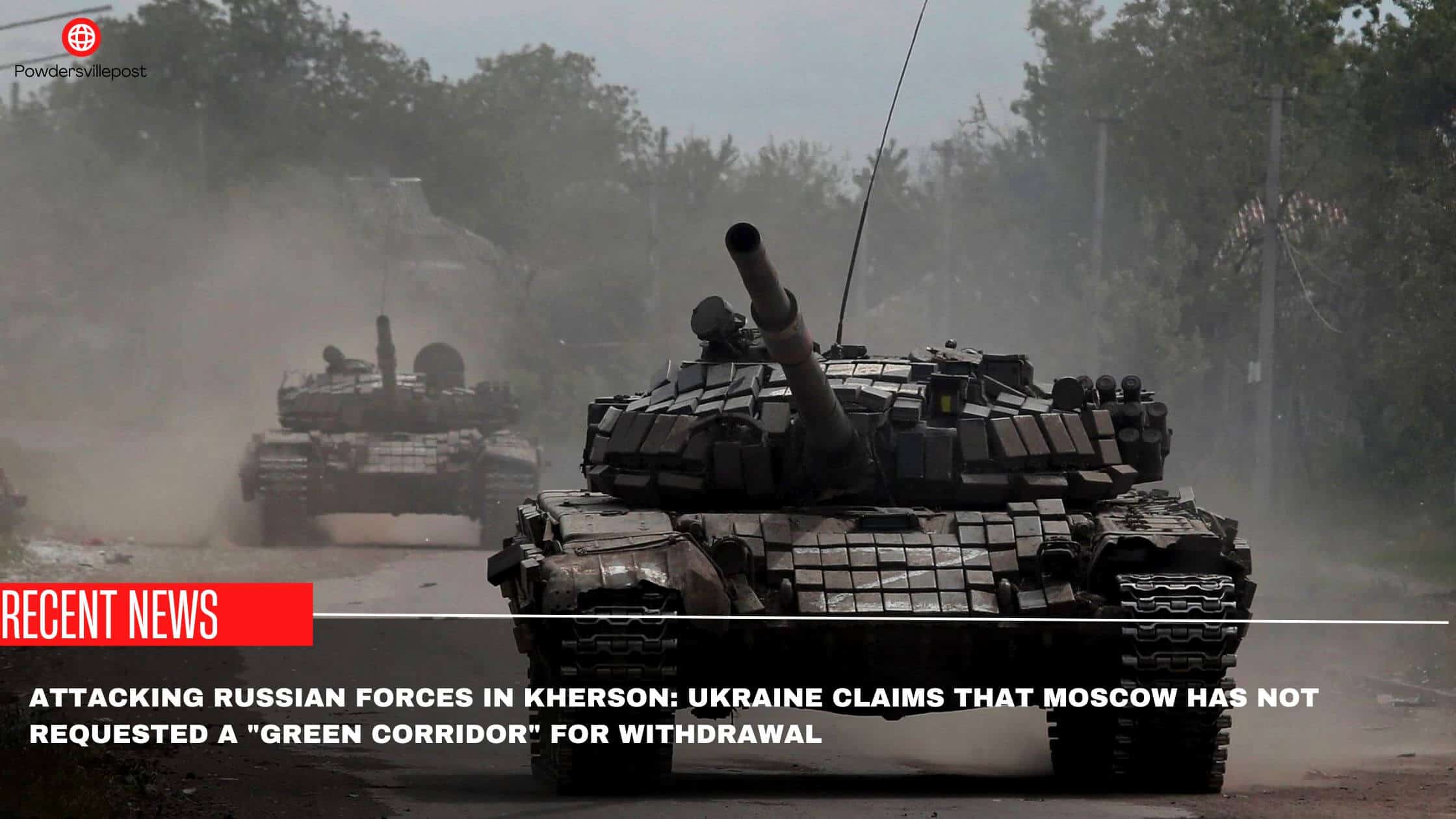 In a turnaround of events in the Russia-Ukraine conflict, the Ukrainian army attacked the Russian unit in Kherson and pushed the front line further by 7 kilometers. A military spokesperson of Ukraine said that they have successfully taken control of Kyselivka and Snihurivka.

These two are crucial areas that lead to Kherson city. On the other hand, Moscow informed that they are withdrawing their troops from the western bank of the Dnipro River, which is also part of Kherson city.

Russia Claims That It Has Completed Kherson Withdrawal

The news of the Russian withdrawal was not seen as an authentic one by the Ukrainian army as they blamed the Russians for forcefully annexing Kherson, which was one of the four main locations that Russians were trying to occupy against international laws.

Mykhailo Podolyak, adviser to Ukrainian President Volodymyr Zelensky said that if the Russians were planning to withdraw from Kherson, then he fears that they would make the place a “city of death” before leaving.

Kherson city is one of the most important geopolitical positions for Ukraine and it had a population of 280,000 before the war. The threat of the Russian army sabotaging the town as a revenge tactic is highly possible but this will create a big negative impact on the international community as well.

On a strategic level, the withdrawal might come as a heavy setback for the Russians. Ukrainian military spokesperson Vladyslav Nazarov said that even amidst the news of withdrawal, the Russian army is continuing its shelling on the areas captured by the Ukrainian military. He said they are even targeting humanitarian aid distribution centers.

Currently, with the help of the West, Ukraine is able to put up a counter-offensive and create panic among the Russian army.

Withdrawal from Kherson can be seen as one of the signals of this panic. Earlier, the Ukraine army was supplied with light weapons for short-range combat which had put them at a disadvantage. But from August, the west increased its support and started giving training to Ukrainian soldiers.

They also upgraded the weapons to medium to high-range weapons that helped Ukraine recapture many areas that were earlier under Russian control. The aid from the West mainly came from countries like the U.K, the U.S, and Germany.

Russia was finding it hard to reestablish its defensive positions and also faced a shortage of weapons. All these must have put them on the back foot and the withdrawal from Kherson might be a cumulative decision to mobilize the army as Ukraine is combining land and air-based combat tactics.

This is also seen as a strategic decision by some analysts as they observe that Russia has used this withdrawal strategy initially while attacking the Ukrainian capital of Kyiv. They had attacked initially and then withdrawn, focusing on the eastern parts of the nation.

The same was the case with Kharkiv. Now the focus is mainly on keeping the areas of Donetsk and Luhansk under their control. It would also open up the possibility of Ukraine taking back Crimea, the area that Russia seized illegally in 2014.

🔵Russia Accused The U.S Of Fomenting War By Protecting Ukraine

The Ukrainian nation has built up some confidence with this counter-offensive and its army also sees this as a positive opportunity. It has to be seen in the coming days whether the Russian army would opt for a withdrawal from Donetsk and Luhansk too as the Ukrainian army might be gearing up for capturing further areas under Russian control.

Also, the Russian army had blown up five bridges in order to cut the advancement of Ukrainian forces from Kyiv. The news comes as a breather for the international community as well as the Russian-Ukrainian war is reaching the end of its ninth month.