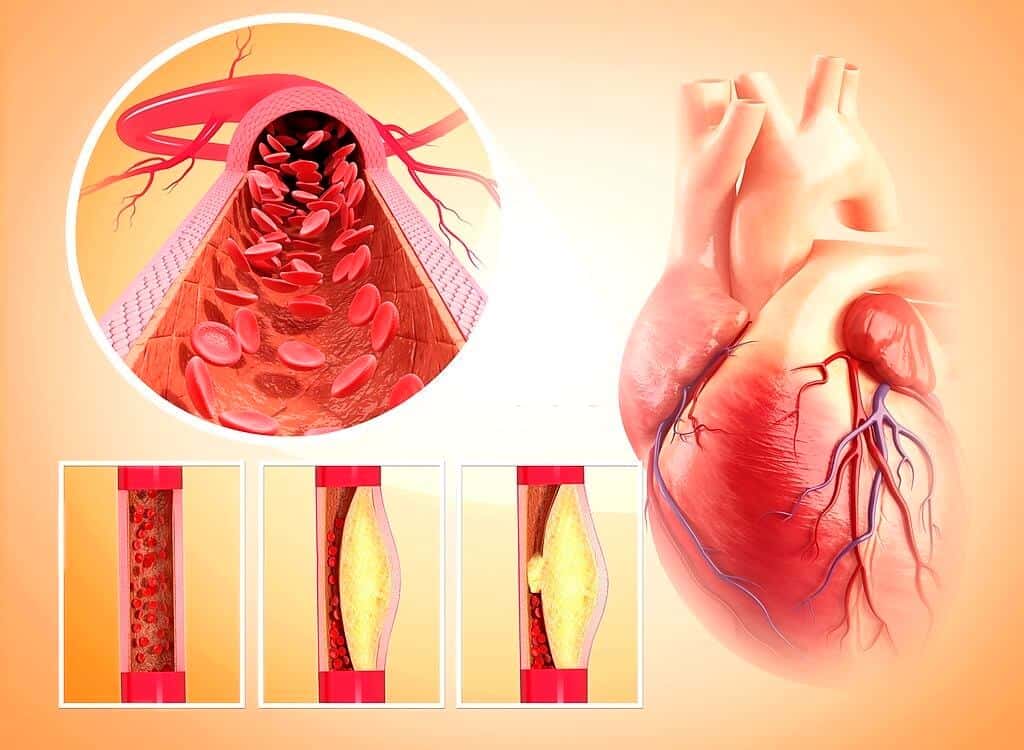 A new study shows that many middle-aged people who have healthy hearts have a silent building of fat deposits. It has been found that around 42% of the people in the age gap of 50 to 64 years old have a sign of atherosclerosis which is a build-up of plaques that could turn into a stroke or a heart attack. This build-up occurs in the arteries.

The study was conducted on 25,000 people and none of the people ever reported any history of heart issues. Many health care experts say that this silent atherosclerosis is very common however a new study has found that this is getting more common in middle-aged people as compared to earlier. Dr. Donald Lloyd Jones said that 42% is a very high number and this should be studied in much deep analysis.

There are many ways to stop atherosclerosis to progress into a stroke or a heart attack. A few of them are to control your smoking and drinking habits, to maintain the sugar levels in the blood, and keep a check on the cholesterol. High blood pressure is considered as one of the main catalysts to atherosclerosis along with an unhealthy diet and lack of exercise.

Dr. Goran Bergstrom who is the lead researcher on the said study stated that working on the above-stated factors is very much important in keeping the heart healthy.

The above-stated study was published in the journal Circulation on Sept 20 and was conducted on 25000 adults with no family history of heart attack or any surgeries done on them. All of the participants went under 2 tests: – CT angiography and Coronary artery calcium screening.

The CT scan is used to check if there are any high amounts of calcium deposits on the arteries of the person which can result in plaques. If the calcium score is 0 that means there is no calcium detected on the arteries and is considered low risk for heart attack.

Dr. Lloyd Jones states that a healthy adult should at least have a medical examination done once every year to check if there are any formations of atherosclerosis. Many of the doctors if they see any formation on the arteries would first ask the patient to start on a statin which is basically given to lower the cholesterol levels and also cuts the risk of stroke or a heart attack.

CT angiography involved putting dye onto the blood vessel of the patient which helps the CT scan to see if there are ant plaques. This is much easier and is low in cost as compared to Coronary artery calcium screening. In the study, it has been found that both tests produced the same results and both the test are reliable in detecting atherosclerosis.

Dr. Bergstrom says that the main issue is a person’s lifestyle. One should always eat healthy food and exercise regularly to avoid this. Many people have taken many breathing techniques to counter this which has been proven quite efficient.

If a person doesn’t have any history of heart issues then he or she should focus on keeping their cholesterol and blood pressure in check as this is one of the high-risk factors.

If one experiences any discomfort while breathing or pain in the chest, they should go to their doctor or a health care professional who can inspect them and rule out any of the said issues. Prolonging this could be a life-threatening issue and the treatment would become much harder as time progresses.