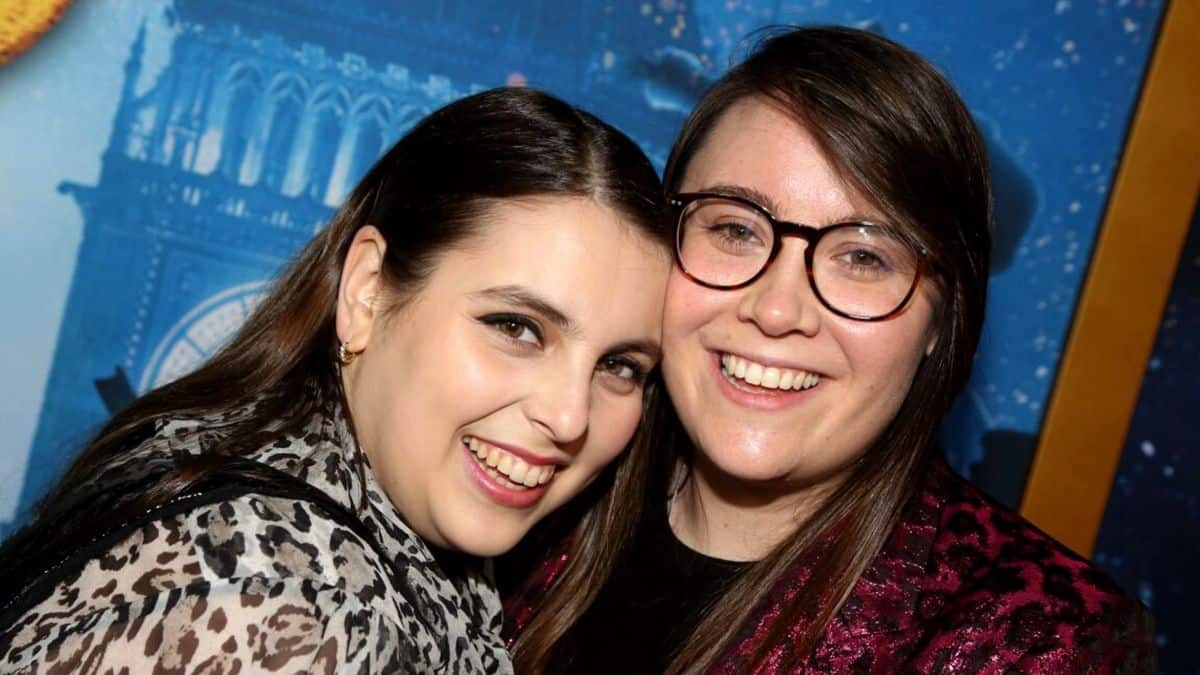 The Broadway star, Beanie Feldstein, 28, was signing autographs outside New York City’s August Wilson Theater where she was following a “Funny Girl” performance when paparazzi had caught a glimpse of the unique diamond sparkler ring which was given by Bonnie Chance Robert.

On Thursday night Beanie Feldstein also gave flash to the photographers a run for their money when she showed off her blinding new engagement ring for the very first time. The ring, which is given by Bonnie Chance Robert is made custom by jeweler Michelle oh. The ring resembles a flower, as it is featured with one central stone which is surrounded by a halo of smaller diamonds. The whole ring is made of pure gold.

Feldstein and Roberts met in the month of July for the very first time in 2018 when they both were working on a film named How to build a Girl together.

They started liking each other from there only and finally after two months, they announced their relationship with the help of an Instagram post to the public.

Feldstein has also written that when she was in Brighton on the street with that girl, she felt magic. Finally, after completing one year of Publicly documenting their relationship on social media, Feldstein opened up about her relationship in an interview with Teen Vogue.

She explained that she is in love with a girl and yes She is a woman, but it does not sound flippant. She also added that it was not even scaring her or deterring her. Furthermore, she said that she is not just a woman, she is actually special to her, and they both are very much happy together.

In the month of June 2021, Feldstein finally told Bustle that she wants to spend her life with Roberts and they both are going to be together forever. Their fans are actually happy for them and they are waiting for their wedding and all of us want to see this special wedding. This wedding is going to be so much special for everyone.

On Thursday, she added with the help of an Instagram post that Bonnie told her that she wanted to create the most beautiful and special ring for her. She wanted to have a beautiful and rare flower in the bloom which will look so beautiful, and the ring is a kind of vintage-inspired aesthetic. The design of the ring includes an extra personal touch.

They both are engaged after four years of dating, and they had such a wonderful time together. We can see that Roberts was sitting down on one knee, while she was wearing black pants and a tan jacket and holding a ring in her hand.

In response, Beanie had a shocked reaction on her face, and she was wearing a pink and white dress, and she was looking so beautiful. This picture brought a smile to their fan’s faces. Congratulations to Beanie Feldstein who is finally engaged to Bonnie Chance, and going to spend the rest of their life together.