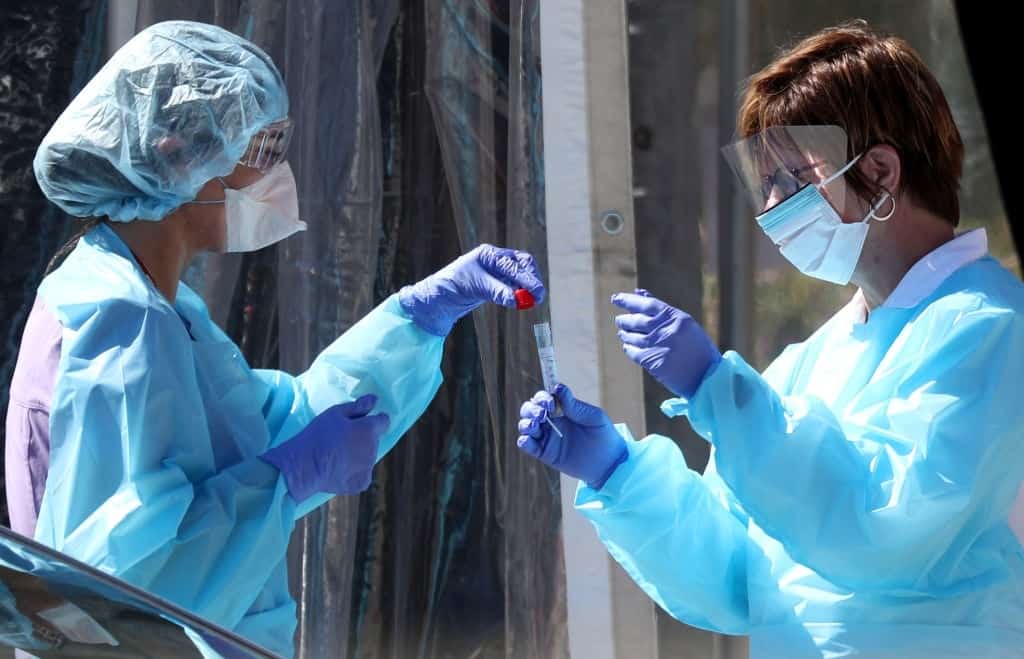 The ambassador of the United States, while leaving China, has said that Trump was right about the coronavirus spread. Though people never believed what he was saying, the theory was correct, and the facts have proven him right. Trump always believed that the Chinese government could have controlled the spread from Wuhan itself. While leaving the country, the US ambassador said that the Chinese did not try to control the spread at all.

The world is suffering just because of Beijing. He also added that the Chinese officials tried to cover up the doctors who wanted to raise their voice against the spread and were forced to stay shut. Branstad shocked many analysts when he revealed this week that he is moving out of the important diplomatic posting he has occupied since 2017 to return to the United States. He told CNN he was keen to return home, pointing out that he was longer in the job than the three previous ambassadors. Experts argue that the effect of Branstad’s departure from Beijing is not expected to be important, given that he was not a key player in the US-China policy arena. While Branstad is not a leading voice in the tough-on-China policy of the Trump administration, when he hits the campaign trail, he is expected to take a more forward-leaning approach, the source close to the campaign said.

Brandstad himself said he would be pleased to play a part in sharing what this administration has done to take a strong stand against unfairness in China with the American people. Asked if Trump, who might depend on Branstad to help swing key Midwestern states, will campaign on behalf of Trump, the ambassador said that if the President asks me to appear at any of his events, I will, as I did in 2016. Ultimately, Branstad was never able to exploit the personal relationship to support bilateral ties. In December 2016, shortly after Trump himself wa  elected, Branstad was one of Trump’s first ambassadorial picks. Trump said at the time that for his expertise in public policy, trade and agriculture, as well as for his long-term friendship with Xi, the then-Iowa governor was chosen.

In the 1980s, when Xi was a relatively low-ranking local official, the two first met and were thought to have maintained a friendship of sorts, with Xi meeting Branstad again as vice-president during a visit to the U.S. in 2012. Speaking on Friday, Branstad said that, when he was just a county-level party secretary from our sister state of Hebei, he had the distinction of becoming the first American governor to host Xi Jinping. In establishing personal relationships with foreign officials, he said both he and Trump saw the value. I think you always want to establish relationships with people, as far as diplomacy is concerned, Branstad said, adding that President Xi is a very good leader for China, but this is a socialist, authoritarian system, and we have very different systems, unfortunately. His departure comes as tensions in rising numbers continue to ratchet up between the U.S. and China.

Last week, the Chinese government announced it would impose unspecified restrictions on senior U.S. diplomats and staff in China after a similar move was placed in place by Washington to punish the diplomatic corps of Beijing on September 3. Since the 1980s, Branstad has known Chinese President Xi Jinping, although in recent months, as the coronavirus epidemic continued to spread throughout the world, his position as ambassador became increasingly fraught. He suggested that China may have taken advantage of Trump’s personal relationship with Xi, stating that the U.S. President was initially willing to believe what (China) said about the virus, and then he and the rest of the world realized that what they said was not real.

China has repeatedly declined to mishandle the early stages of the pandemic and posed concerns about whether Wuhan was the root of the virus. Beijing originally accepted the appointment of Branstad, with Chinese Foreign Ministry spokesperson Lu Kang lauding him as an old friend of the Chinese people. But one of the rockiest stretches of US-China relations in recent history has been supervised by Branstad. After his election as part of a long-running trade war, the Trump administration has raised tariffs on hundreds of billions of dollars of Chinese goods. Chinese technology firms such as Huawei have also been barred from the country’s communications networks and obtaining U.S. parts, and visa limits on Chinese state media journalists operating in the U.S. have been tightened. And although Branstad said the U.S. took the lead in keeping Beijing accountable, he pointed to the growing frustration elsewhere in the world, which he put down to the increasingly aggressive diplomacy of China, as well as the country’s failure to contain the initial outbreak of coronavirus.

It’s all I think China’s communist system and their refusal to admit wrongdoing. This has coincided with the condition of foreigners living in China itself becoming more tenuous. Branstad pointed to the case of two Canadians detained in China since 2018 in apparent retaliation for Huawei executive Meng Wanzhou ‘s detention by Canadian authorities. Branstad said that the two Canadians were held for no reasonable cause, a condition that he said he wished no Americans would fall into. Branstad’s son Eric is a senior advisor to Trump Victory 2020, the joint fundraising committee between the campaign and the Republican National Committee, and Trump said in a video tweeted last week by Eric that since he wants to campaign, the elder Branstad was coming home from China. Branstad also criticized Beijing’s movements in Xinjiang and Hong Kong, where the Chinese authorities were accused of restraining and limiting civil liberties, and of continuing territorial violence in South China.

Branstad said one of Washington’s goals was to improve reciprocity and fairness in the relationship with China, particularly on the issue of trade, but also for diplomats and journalists, who have faced growing restrictions in China in recent months. According to two familiar sources, the Trump campaign believes Branstad — as a famous former governor — may affect voters in Iowa, Wisconsin, Missouri and even Minnesota. He’s still doing well in the Midwest. He’s got a high-name I.D. and is probably the right person to speak about the power of China, a source close to Trump campaign said.