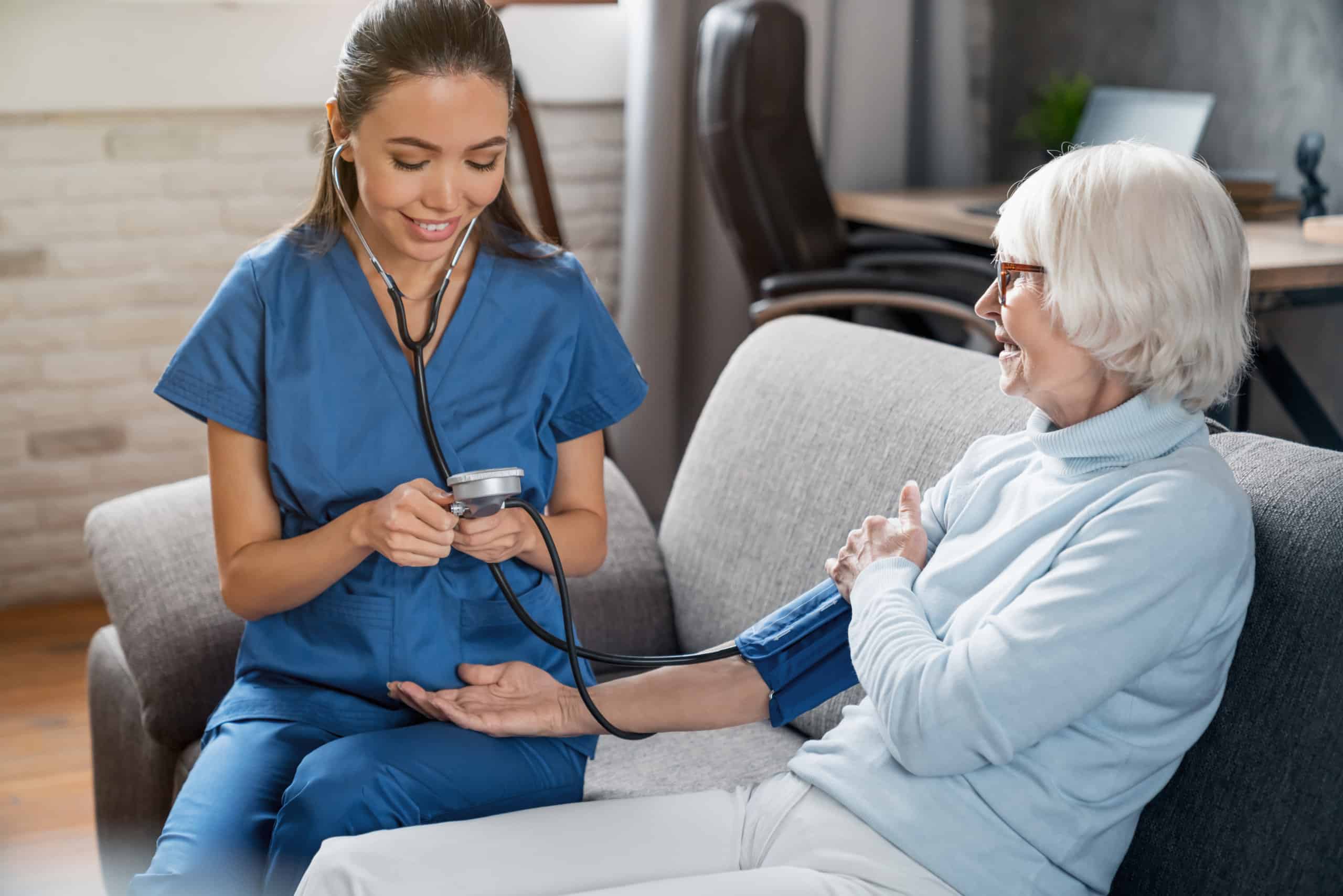 A recent study shows that older individuals who use particular blood pressure medications may preserve more of their cognitive abilities as they age.

Researchers discovered the advantage in older individuals who take medicines that pass across the blood-brain barrier, which is a boundary of specialized cells that stops harmful chemicals from entering the brain.

Over three years, those receiving brain-penetrating medicines had less memory loss than those on blood pressure meds that cannot pass the blood-brain barrier.

The findings contribute to the body of knowledge about the relationship between blood pressure and brain health.

High blood pressure is thought to be a risk factor for dementia, and there is evidence that strict blood pressure management reduces the likelihood of cognitive impairment, memory decline, and thinking abilities diminish as people age.

The recent research was reported in the journal Hypertension on June 21.

According to lead researcher Daniel Nation, this implies that brain-penetrating medicines may have other benefits in addition to reducing blood pressure.

Nation, an associate professor at the University of California, Irvine’s Institute for Memory Impairments and Neurological Disorders, believes this impact is independent of blood pressure management.

Both ACE inhibitors and ARBs work on the renin-angiotensin system, which is important in blood pressure management.

Nation, on the other hand, stated that the brain has its renin-angiotensin system that is distinct from the rest of the body. According to research, this system is important in learning and memory and is disrupted in Alzheimer’s disease.

Nation emphasized that no one can deny that reducing blood pressure improves the brain.

A 2018 experiment called SPRINT-MIND found that rigorous blood pressure management reduced the incidence of moderate cognitive impairment in older individuals by 19% compared to conventional blood pressure control. That means lowering your systolic blood pressure (the first number in a reading) to less than 120 mm Hg.

They want to know if there is anything more they can do except forceful control. Nation said.

His team compiled data from 14 previously published studies of older individuals, most of whom were in their 60s or 70s. For high blood pressure, they were all on an ACE inhibitor or an ARB.

Some were using blood-brain barrier-crossing medicines, such as the ACE inhibitors captopril, fosinopril, lisinopril, perindopril, ramipril, and trandolapril, or the ARBs telmisartan and candesartan.

Over three years, patients on such prescriptions showed a shorter decrease in memory function than those on non-crossing blood pressure meds, according to Nation’s study.

The findings, according to Dr. Robert Carey, a professor of medicine at the University of Virginia, pose an incredibly significant question about whether specific blood pressure medicines are superior for delaying memory deterioration.

According to him, this research does not provide a definitive answer, but it should continue.

That’s something patients should be aware of, according to Carey, who collaborated on the American College of Cardiology/American Heart Association recommendations for treating high blood pressure.

One major concern is whether patients who use brain-penetrating medicines have a decreased risk of dementia in the long run.

Nation stated that this has yet to be verified.

While research participants on those medicines performed marginally better on memory tests, they performed worse on another cognitive skill: attentiveness.

Nation described the discovery as surprising. However, he pointed out that, unlike memory performance, attention may be influenced by factors such as stress and mood.

For the time being, Carey emphasized the need of controlling high blood pressure by all means possible, including medicines, dietary modifications, exercise, and quitting smoking.

According to Carey, it appears that blood pressure regulation is important in cognition.

He emphasized that when doctors give high blood pressure medicine, they do not consider, and most likely do not know if the substance passes into the brain.

Nation, on the other hand, stated that if an ACE inhibitor or ARB is given in any case, they might consider it.

If patients are currently on an ACE inhibitor or ARB that does not cross into the brain, he said they might discuss a switch with their doctor if they are interested.

The National Institute on Aging and the Alzheimer’s Association in the United States supported the research. There are no financial conflicts of interest reported by the researchers.