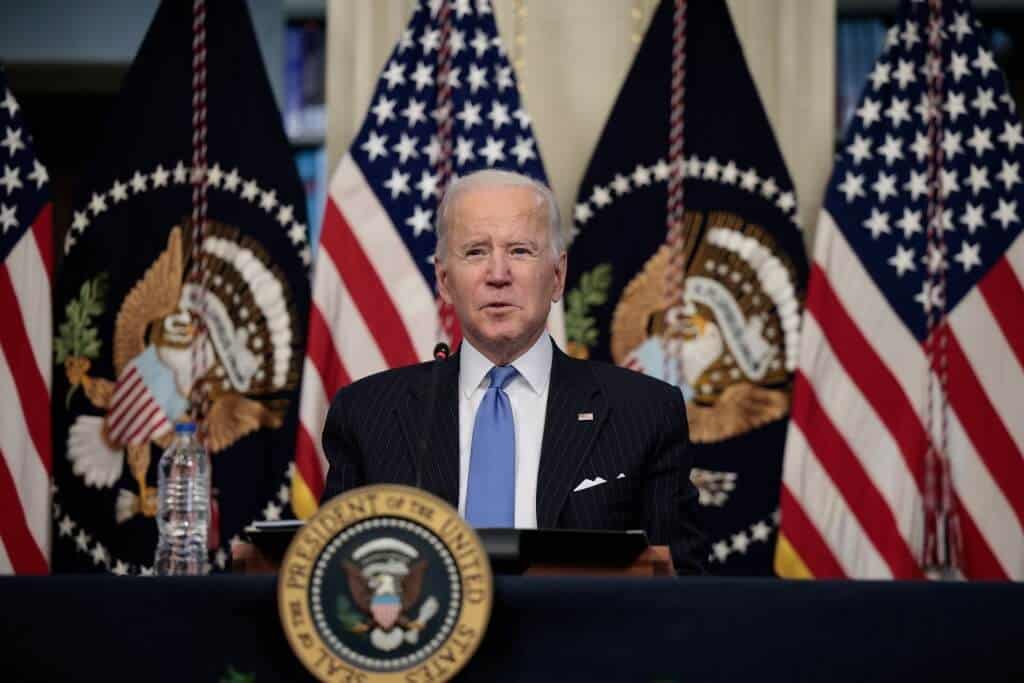 The world was coming to terms with the new normal with many of the companies and schools being re-opened after 18 months when a new variant was discovered. The new variant was first identified in South Africa and was named Omicron. Omicron is said to be a potential risk by the WHO (World Health Organisation)

Biden Assures That The New Variant Will Be Deal With Appropriately

On Monday President Joe Biden addressed the nation stated that the new variant has not yet made its way to America and there is no need for panic.

Researchers and authorities are doing everything in their power to make sure that the virus is contained outside. During his speech, Biden urged the Americans to get vaccinated as quickly as possible as this will give them a much better fighting chance against the virus.

Biden stated that if the variant enters America they will face it together as their faced off all the other variants as well.

As per the data from CDC (Center for Disease Control and Prevention) as many as 80 million people are eligible for vaccination and have not yet taken their first dose as well.

This could prove to be a troublesome issue during the winter season. President has asked all the citizens to keep maintaining social distancing and to wear masks when they are out in the public.

Dr. Rochelle Walensky the director of CDC stated that people who are above the age of 18 and has completed 6 months after the 2nd dose should go for the booster shots.

Dr. Anthony Fauci who is the chief medical officer of the White House and the director for the National Institute of Allergy and Infectious Disease stated on Monday that the researchers will soon have an update on the Omicron variant.

As of now, the latest news states that America has banned all flights from South Africa and other African nations in an attempt to keep away the new variant from entering the US.

Due to this many people are fearing a new lockdown would be imposed like the previous time and that would affect the business and economy.

However, addressing these concerns President stated that no such decision has been made and it would not be right to speculate such things as this could lead to a widespread panic which might be hard to control.

He urged the American citizens to stay strong during this tough time. He also stated that if everyone is vaccinated and follows social distancing then there won’t be an issue in the coming months.

Fauci stated that the Pharma companies are also testing the new variant on their existing vaccine and checking if the vaccine can provide long-term immunity against the new variant.

Biden administration also stated that they are allocating all available resources to this so that results can be obtained much faster and no issues are seen.

Pharma companies like Moderna and Pfizer have been asked to increase their productions so as to meet the market demands. Burton the CEO of Moderna stated that if the new variant needs some additional modification to the vaccine then that can only be achieved by 2022.

Many of the pharmacists have stated that people are now stocking on the test kits as well with the new variants news. Parents are now urging schools to reconsider going back to online learning as many of them are still scared for their kid’s health even after vaccination.

By the first week of December, some news about the vaccine`s efficacy can be expected on the new Omicron variant by the researchers as well.