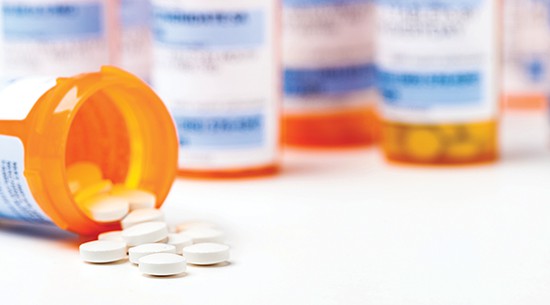 Biden Eases The Prescription For Buprenorphine

For chronic pain, a transdermal patch is used for the treatment; it’s recommended for only short-period pain. Some adverse side effects are respiratory problems. The most severe side effects that are unstable occur to those who are consuming excessive alcohol or having any lung issues. Buprenorphine dependence can risk causing psychological or physical support.

After the Biden presidency started, his administration has amended some restrictions on prescribing Buprenorphine, a key element used in medication for treatment for opioid addiction. They showed criticism earlier this year on the limits on buprenorphine usage.

The Department of Health and Human Services, physicians, nurse practitioners, clinical specialists, certified registered nurse anesthetists, and certified nurse-midwives can prescribe this drug to up to 30 patients, which helps them withdraw the symptoms and craving for the addicted drug. This is under new practice guidelines. During the Trump rule, the providers of these drugs are exempted from referring the patients to counseling services and want to deregulate Buprenorphine.

For many years the physicians and public health lawyers are requesting the “X- waiver,” a license for the use of Buprenorphine for the primary care of opioids addicted patients. After Biden took charge, new guidelines were provided.

There is now a broad pool of providers who are allowed to refer the patients to counselors before treating them with the drugs and are required to submit a notice of intent to the Substance Abuse and Mental Health Services Administration. Evidence-based treatment should be followed, and the doctors can prescribe the drug to patients who require it. It also helps the people who are suffering from the overdose and can save lives.

This all happens because of drug overuse in America. In 12 months ending with September 2020, it’s predicted that around 90,000 people died due to overdose. At first, it’s not such a significant number, but the outbreak of the covid-19 pandemic accelerated the deaths. The administration quickly acknowledged it and responded to the crisis by providing the buprenorphine drug usage more widely. Hoping for fewer consequences in future.

After the announcement, it’s represented as the first significant action on drug overuse. President Joe Biden himself also aggressively campaigned against drug addiction, and he also pledged to stop the X- waiver and make the treatment widely available. According to The Department of Health and Human Services, 66,000 physicians out of 1 million and 25,000 non – physicians have a license to prescribe Buprenorphine.

Biden has already taken approval from the influential medical groups about the new regulations. The American Society of Addiction Medicine also showed their support. Dr.William Gaming says it is a very important step towards the medications for the patients and reducing the barriers. Doing a separate training that only focuses on the buprenorphine drug and its medicine will make the treatment more widely available.