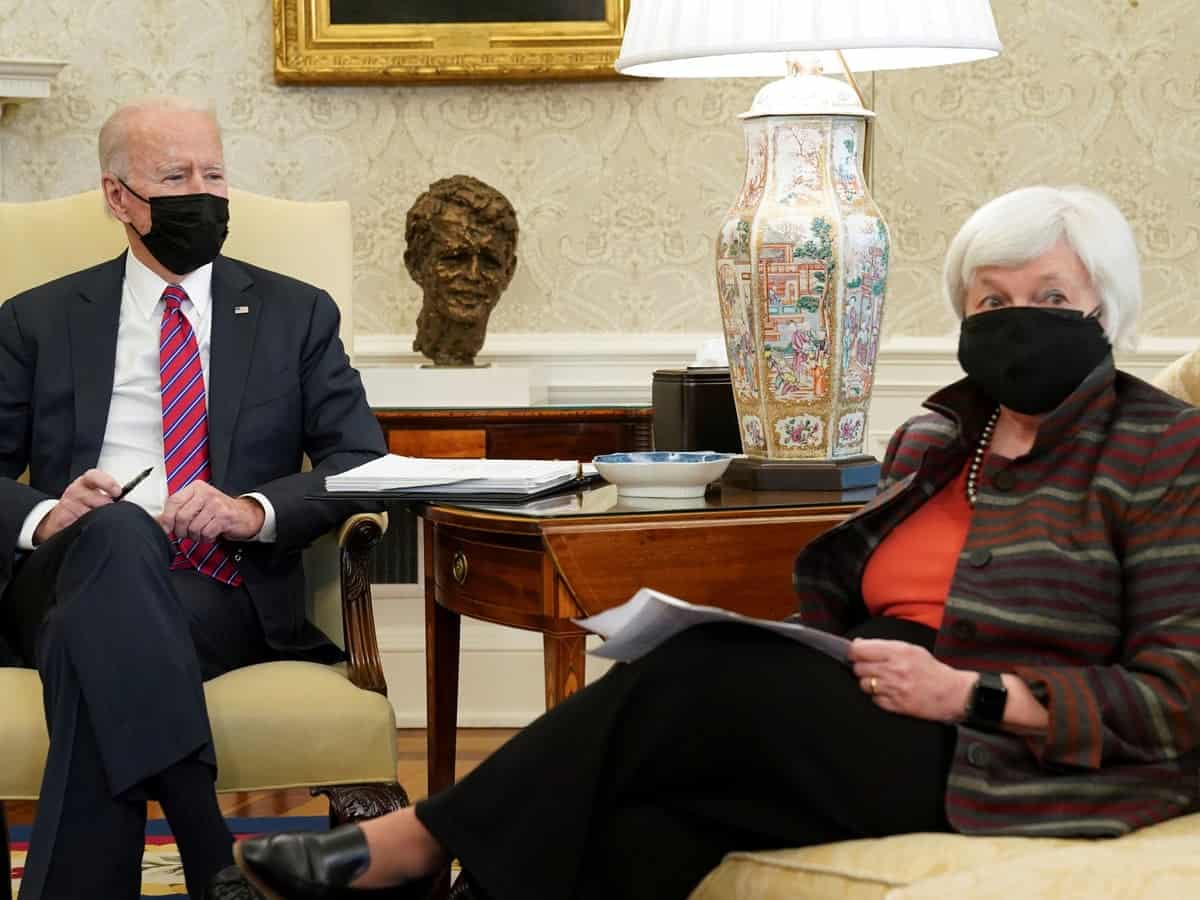 The newly elected President of the United States urged Congress to pass an ad-hoc relief package for his nation ravaged by the Coronavirus.

He further urged the financial and emotional stress of millions of Americans facing the onslaught of the virus.

Biden’s speech comes at a time when thousands of Americans are still dying from the virus and hospitals struggling to handle the patient load. Biden said that his plea to the Congress was made for Americans out of work and going hungry to bed.

The measure is likely to pass measure when the unemployment benefits would expire should Congress decide against the relief package.

The President is of the view that with the interest rates at an all-time low, investing now could lead to growth, higher income and a stronger economy.

The announcement of a relief package was not a surprise, but the size of it is. The President met with some Republican senators who had proposed a $600bn relief bill.

Though Biden said he was open to the senator’s ideas, the White House confirmed that the President considered the relief package to be too small, considering the country’s financial needs at the moment.

Diverging from his ideology for a bipartisan approach to address the country’s financial state and the pandemic, Biden warned about the repercussions of an insufficient relief budget proposed by Republicans at the cost of more American lives.

There are clearly, many detractors to Biden’s enormous relief package proposal. The former economic adviser to Barack Obama, Larry Summers, warned the President that he may end up spending too much.

Republicans like Michael Burgess said that Congress should wait until the previous relief amount has been fully spent.

He claimed that out of the $4tn pandemic relief passed by Congress earlier, $1tn are yet to be utilized, and therefore, any rush right now is uncalled for.

However, there are those who have voiced their support for the President’s decision and are urging Congress to act on it as soon as possible.

Nancy Pelosi predicted that the Covid-19 legislation could pass before 15th March, when the unemployment benefits expire.

Biden’s announcement also comes at a time when the revised figure of job losses for December 2020 showed 227,000 jobs lost from an initial estimate of 140,000.

On Friday, the Labor Department announced the addition of 49,000 new jobs in December. The US had an average of 176,000 new jobs a month for 2019 before the country was affected by the pandemic.

The Economics Policy Institute calculated that about 25.5 million workers are either unemployed, out of work due to the pandemic or experiencing decreased hours and pay.

IMF also warned that if financial support is not offered soon, a “dangerous wave” of unemployment and bankruptcy will sweep through the entire country until the pandemic ends.

Biden has also proposed increasing the minimum wage to $15 an hour, giving rise to fears about the capability of small businesses to cope with this wage hike.

In an interview, Biden said that he supported the wage hike, although its passage would likely be unsuccessful in the Senate. He further added that he would consider raising it as a standalone bill in front of the Senate.