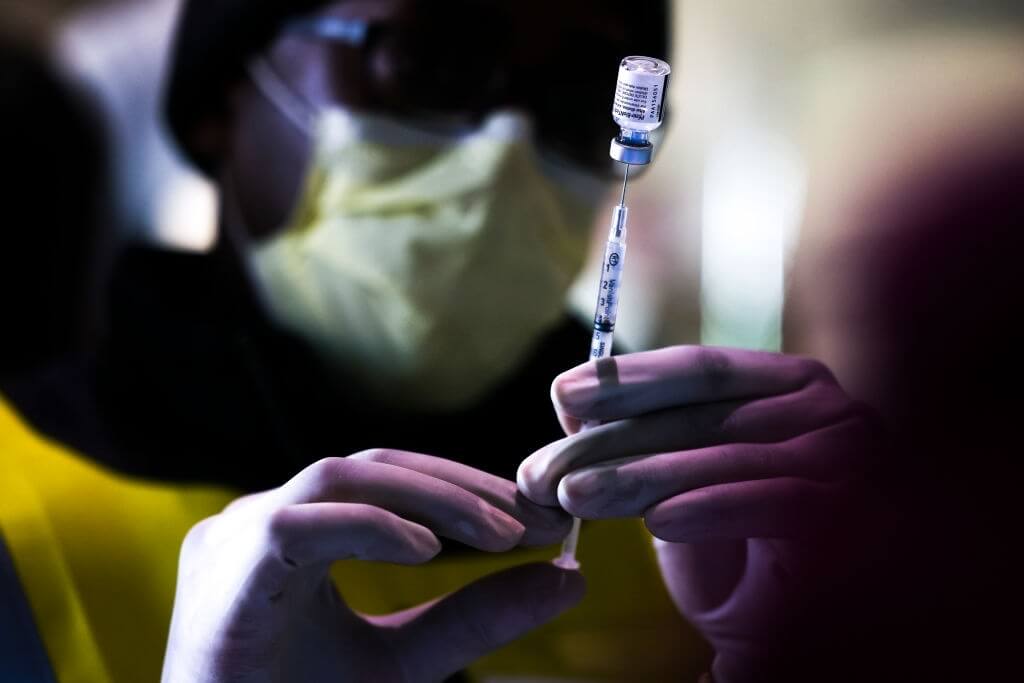 Biden was visiting a Chicago construction site where he put forth the message that they will be mandating vaccination or test requirement.

Biden’s Push To Mandate The Vaccination For Large Businesses

With the majority of Americans have already been vaccinated and the industry leaders largely agree with the mandates, the mandate is here to stay.

Biden also plans to meet the CEO of United Airline, Scott Kirby, whose company has implemented successfully a vaccine mandate, with only less than 1 percent of workers have failed to comply.

The Biden administration is pushing to enact mandates which will cover large businesses, health care employees and federal employees, and their contractors.

The large- businesses, that is businesses with at least 100 employees will be covered under this mandate, and this mandate is expected to boost the number of people under the vaccination cover.

Workers of large businesses (more than 100 employees) will be mandated to get vaccinated or to submit a weekly COVID test.

A 2020 release of census data shows that two-thirds of American workers work at firms with more than 100 employees.

Across the nation, most employees work in counties with good vaccination cover and a majority of workers work at large firms.

According to Dorit Rubinstein Reiss, professor at the University of California Hastings College of law, the mandate on large businesses coupled with health workers and federal employees will increase the immunization rates.

However, the fact remains that one-third of Americans in the private sector work with businesses that employ fewer than 100 employees.

The areas where the mandate will have the least impact are mostly Great Plains and Mountain West. Although these areas are sparsely populated vaccinating them will be a long term challenge

In a few of the states, Republicans have indicated that they will move to the courts to stops this mandate by the Biden Administration. Two dozen Republican State attorney generals signed a letter addressed to the president in September opposing the mandate and plans to avail the legal course of action if the administration goes ahead with the mandate.

In addition to legal challenges, the implementation of the rule will vary from state to state.

Biden has ordered the Occupational Safety and Health Administration (OSHA) and labor department to implement the mandate via emergency temporary standards. These standards will stay in place until there’s a permanent rule that replaces them.

All the states however are not going to be affected immediately as 24 states along with Washington D.C and two territories are Federal OSHA states and the mandate will be implemented immediately there while some 26 states and two territories have OSHA approved state plan in place which gives them 30 days after the OSHA temporary standard kicks in, to set up their own standard

It would take OSHA several weeks to develop the standard and according to some attorneys, the order could remain toothless if vaccination figures rise on their own or if companies or states act on their own to promote vaccination. The early implementation of mandating masks, and social distancing took months to implement and were mostly limited to health care workers.

The Labor Department must also prove there is an emergency and danger imminent to use the emergency power to implement the mandate.