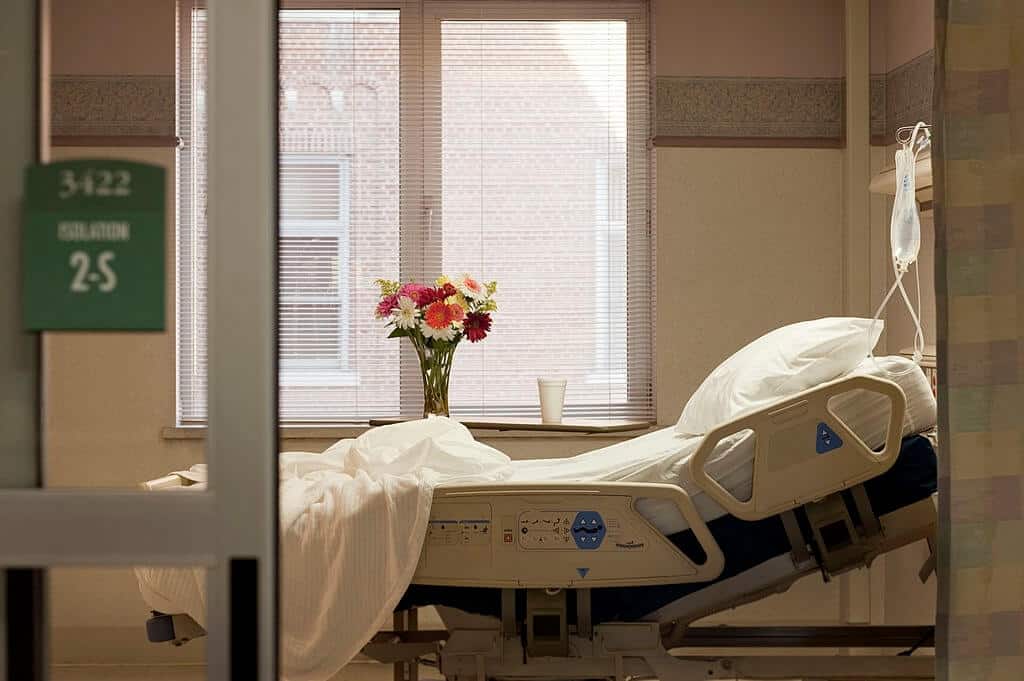 After undergoing treatment for six days at a Southern California Hospital Bill Clinton arrived home in New York on Sunday recovering from an infection that is unrelated to COVID-19.

Clintons left the Irwin medical center, the University of California around 8 a.m. Dressed in jeans and coat, wearing a face mask, the former president was on his way out of the hospital with his wife by his side, shaking the hands of the medical staff who took care of him and lined up to see him off on the sidewalk.

Bill Clinton Was Released From Hospital Where He Was Getting Treated

The former president gave a thumbs-up when asked by the reporter how he was feeling, Bill along with Hillary by his side boarded a black SUV. They departed while being escorted by the California Highway Patrol to the airport.

According to Dr. Alpesh Amin, “ Bill’s  white blood cell and the fever has normalized and he will return to his home in New York to finishing his course of antibiotics to get better”

Clinton now aged 75 was admitted on Tuesday to the hospital in the southeast of Los Angles with an infection in the urological tract and is not related to COVID-19. Clintons returned in Chappaqua, New York on Sunday evening.

According to the spokesman Angel Urena Clinton who when reached for a statement on Saturday had said  Clinton would be hospitalized until Sunday and receive further doses of antibiotics. But there is no need to worry as the health indicators are pointing in the right direction.

Hillary Clinton has been beside her husband throughout the whole time in the hospital and by Saturday their daughter Chelsea joined them.

President Joe Biden said on Friday in a statement at the University of Connecticut said that he had a word with the former president and he is doing good and “sends his best”.

The former president’s aid informed that Bill Clinton has a urological infection that has spread to his bloodstream however it never went to a septic shock, a potentially life-threatening condition.

Sepsis affects 1.7 million people in America annually according to CDC(U.S Center for Disease Control and Prevention)

The aide of the Government on the condition to remain anonymous spoke to the reporters and told them that Clinton was kept in the intensive care section of the hospital though he was not receiving ICU care.

From the time Clinton left the White House in 2001, the former president has faced various ailments. In 2004, had had to go through a quadruple bypass surgery after suffering from prolonged chest pain and short breath. He underwent surgery in 2005 for a partially collapsed lung. In 2010 he had a pair of stent implants in his arteries.

Clinton has since embraced a largely vegan diet since his bypass surgery that made him lose weight and improve his health.

Clinton had campaigned for various democrats in the election owing to his popularity with the masses still and in 2008 he campaigned for his wife Hillary during her failed bid to become president and in 2016 again Hillary ran for the white house as a Democratic nominee with Bill by her side in the campaign trail.

Clinton s had a very successful public life and has the goodwill of the general populace and under the supervision of health experts Bill Clinton should recover soon and hopefully, we see more of him in active public life.