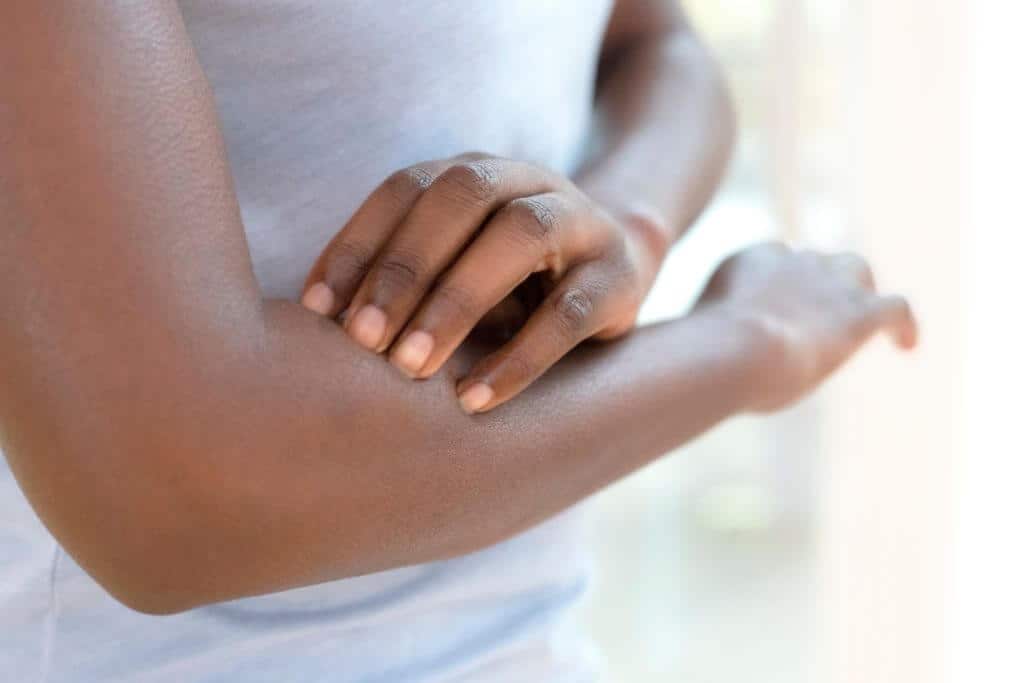 The bulls-eye rash is a tell-tale sign of Lyme disease.

This sign may be harder to spot in people of color.

In Black Patients, Lyme Disease Is Spotted At A Later Stage

The author of the study, Dr. Dan Ly said that on darker skin, the first sign of Lyme disease looks much more different.

He added that images found in textbooks are often not a perfect representation of these differences.

Dan is an assistant professor of medicine at the David Geffen School of Medicine at UCLA.

He said that in black patients, physicians find it harder to recognize diseases.

As a consequence of this, patients of color are far likelier to have more complications of Lyme disease. This includes neurological complications.

After a bite from an infected deer tick, the bulls-eye rash typically appears. Along with this, headache, fever, muscle pain, and chills also surface.

For Lyme disease to spread throughout the nervous system and to the heart and joints, it can take months.

When caught early and treated quickly, Lyme disease can be resolved very quickly, especially if treated with antibiotics.

Missing the disease in its earlier stages increases the potential of it spreading and cause serious health problems.

Inflammation of the membranes that cover the brain and spinal cord is known as meningitis.

Dan’s team, for the study, tapped into claims from Medicare in order to compare the signs and symptoms of Lyme disease.

Around 6200 people were looked at from when they were first diagnosed.

The time of the year that these diagnoses were made was also looked at.

Compared to white patients, which was only 9%, around 34% of Black patients had some form of the neurological sign of Lyme disease.

Black people were also found to be more likely to be diagnosed outside of typical Lyme disease season even though most of these infections occur only during summer.

This suggests that there is quite a delay in early diagnosis in black patients.

Some limitations were in the study.

Diagnostic codes from medical claims data were relied on by researchers instead of using more detailed patient charts.

The Journal of General Internal Medicine contained the publishing of the findings.

The importance of early diagnosis of Lyme disease was stressed upon by two experts who were not involved in the study.

In addition to early diagnosis across all skin types, preventative steps are also equally important.

Dr. Adam Friedman said that there can be serious consequences if Lyme disease is missed in its early stages.

He plays the role of the chair of dermatology at George Washington University’s School of Medicine. He said that the classic bulls-eye rash may appear red or pink on lighter skin, but can appear to be brown, purple, or black. He added that it may sometimes even be off-white.

In medical school and medical literature, these differences must be emphasized in order to help doctors and patients diagnose them earlier.

Dr. Sunjya Schweig said that the bulls-eye rash is not a must in everyone’s case when they have Lyme disease.

In the California Center for Functional Medicine in Kensington, he is the CEO and co-director.

He said that in order to determine whether you have a tick-borne disease, a rash must not be relied on.

He said that headaches, flu-like symptoms, joint pain, and fatigue are some of the symptoms of the first stages of Lyme disease including a rash.