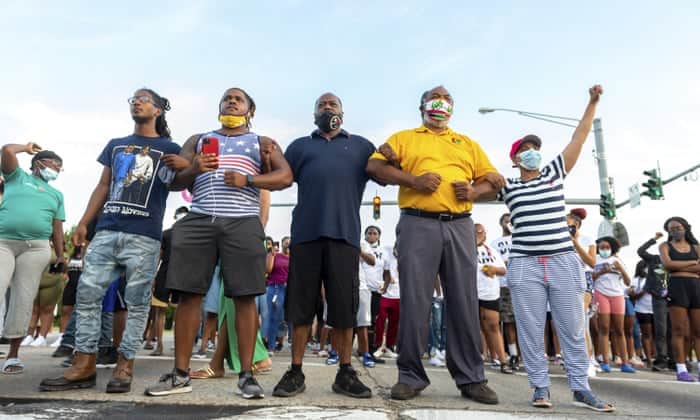 The disappearance and death of Quawan Bobby Charles have led to outrage among the public in Louisiana. The family members, along with activists, marched across the town and demanded a transparent inquiry into the incident. The teen boy went missing recently and was later found dead near the sugar cane field.

On Saturday afternoon, more than 100 people gathered at the Baldwin Police Department and demanded justice for Bobby. Later, the group marched towards the City Hall and met the police authorities. Some of them were seen with signs that asked Justice for Bobby. Activists also demanded complete cooperation from the authorities, and they wanted to know every detail of the case.

As the police authorities had initially shown negligence in handling the case, they came under criticism from the activists who demanded that Baldwin Police Chief must be removed. According to the attorney representing the family of Bobby, the boy was taken on October 30 from this home without the permission of his parents. When the mother of Bobby reported him as missing at around 8 pm, they were told by the police that he was probably at a football game.

On November 3, the boy was found dead in a sugar cane field in a small village in Iberia Parish. The sheriff’s office said in a news release that they were leaving no stone unturned to find the truth behind the incident. They expressed sorrow at the way Bobby was killed and assured the family that they will get hold of the culprits.

The sheriff’s office also stated that they were treating this as a homicide investigation according to the standard protocol. Detectives who analyzed the situation said that they had interviewed at least one person who saw Bobby at the location before his death and is also collecting video evidence in this regard.

However, the family of Bobby was not happy with the report, and they were not given enough time to discuss the report with the authorities. They also argued that there were only a few inches of water in the spot where Bobby was found dead and demanded an independent autopsy. When the parents had informed the police that the teen boy was missing, the police department had initially taken the case lightly and informed the parents that he might be playing football with his friends, and there was no need to panic. However, the boy did not return home that night and was found dead a few days later near the sugar cane field.

The family also announced a reward of $5000 for any person offering critical information related to the death of Bobby. They also thanked the public for the support they have shown in this situation. Along with several other activists, the family members plan to organize a rally near the governor’s mansion in Baton Rouge on November 28.

Alanah Odoms Hebert, Executive director of the American Civil Liberties Union, demanded an independent investigation into the incident and said that the manner in which the police authorities showed disrespect to the death was unacceptable. In a statement, he said that they demand complete transparency into the case, and the death was not only tragic but also suspicious.

Social media also came in support of the victim, and many graphic images of the teen’s body were circulated online. The photos showed gash marks to the hairline around the left eye, and parts of the face and nose were swollen due to injuries. This clearly indicated that the death was not due to a natural event, and it appeared to be a homicide case.

The authorities have now taken the case seriously, and they are working on collecting evidence that may solve the case. The case got national attention as many people came in support of the family and demanded justice. An independent inquiry may be ordered soon as per some sources.