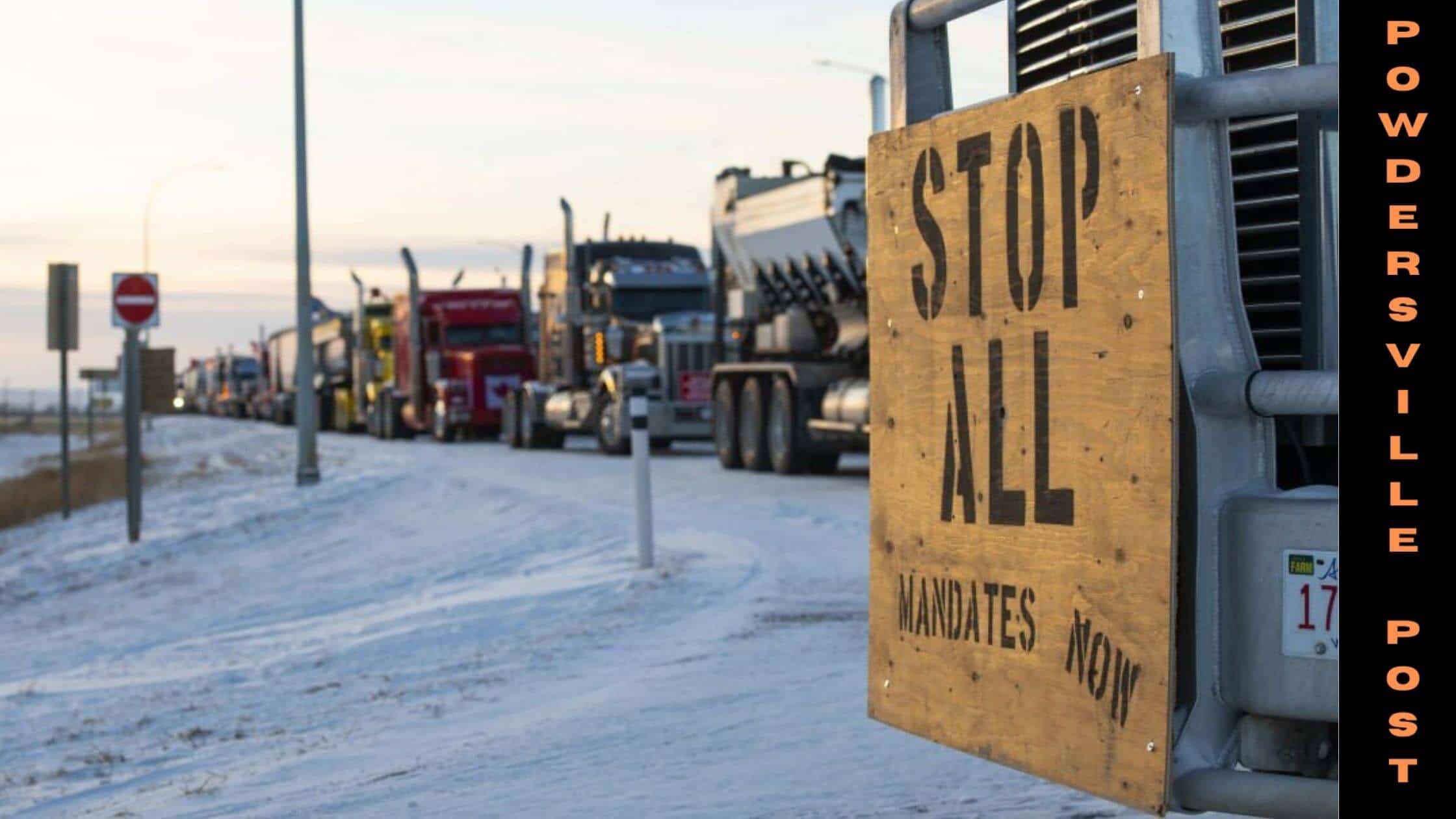 The Blockades In The US Border Bridge Should Be Ended

It raised concern among truck drivers and they thought it to be against freedom. They voiced out that it is a political encroach and earlier, they seemed frustrated with Mr. Trudeau and his politics. It just started with the truck drivers and all the others joined along with them.

The convoy is peaceful and did not indulge in any violent activities, but the police officers feel that it may attract many audiences and be unsafe during a pandemic. Considering this, the Canadian judges passed an order to the protestors to end the protest as it has been five days since it started.

But the protestors refused to go without the government agreeing to drop the mandates. Many stable politicians extended their support to the protest. Mr. Trudeau feels that vaccinating is the only measure to fight the pandemic and whatever happens, they are not going to back out from the mandates.

On the other hand, CDC is revising the guidelines of vaccines for immunosuppressant people in America. Earlier, they set five months for the fourth dose to be vaccinated but now with the new variant and an increasing number of cases in the picture, they are changing it to three months.

The immunocompromised people are more vulnerable to infection and the vaccine effectiveness could be reduced over time, so they have been advised to get vaccinated with a fourth dose as soon as possible. It also stated that the first doses of the famous vaccines in America are considered primary doses and the fourth one as a booster dose.

If any people received combined vaccines such as J & J and Moderna, they should be vaccinated with 100mg of Moderna vaccine instead of a regular half dose of booster shots. The FDA has approved a new monoclonal antibody because the earlier ones turned out to be ineffective against the new variant.

Earlier, the truck drivers were given exemption in the vaccine mandate because there is a need for essential workers when there is a rise in prices of foods and petrol and labor shortages. But now, with the increasing number of cases, they are putting vaccine mandates into action.

The truck drivers feel this mandate is a threat to their freedom and they voiced out that the government is taking our freedom to choose and hope. Now the five days protest has severely affected the necessities of Canada because all the food and basic things are distributed in trucks.

The partial closing of the border is affecting the industries and they are forced to shut down because supplies are not received. The business people are advising the government officials to move the protestors away from blocking the bridge.

Automobile companies are affected badly and some are finding other ways to move products. Both the American and Canadian governments are allowing the goods through other ports without any documents and also helping in the screening process in the alternate crossings.

The blockage of borders has made many companies shut down without any materials, and many other specialized loads cannot be taken in any other way.

Many companies stopped their production until the protest ended and this could cause a fall in the economy, and people’s needs could not be met if the materials are not available.