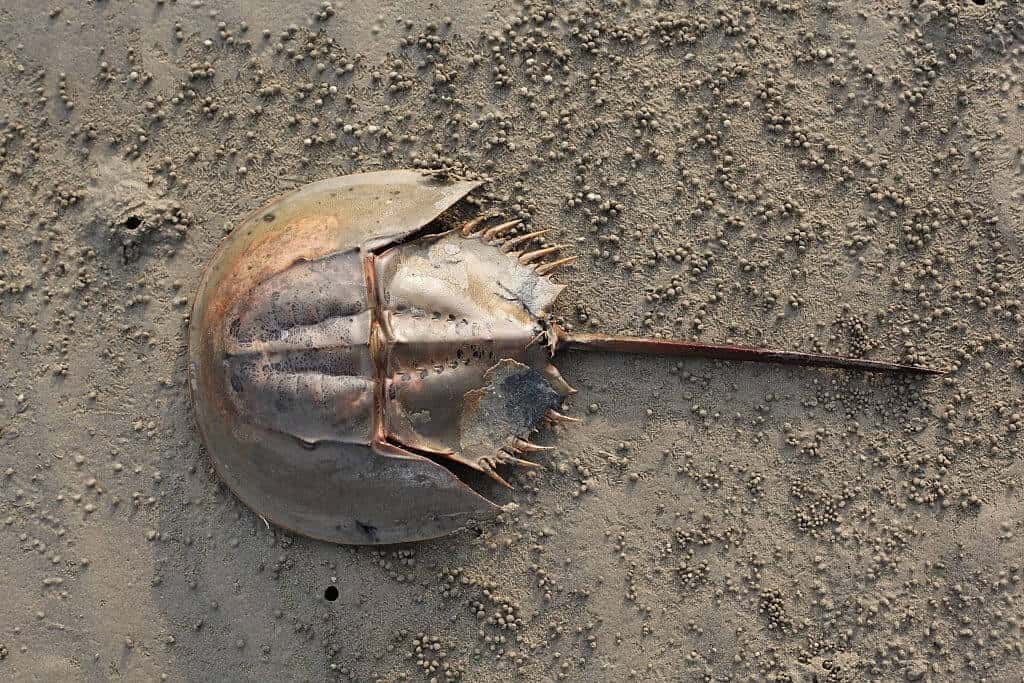 The United States employs a somewhat unorthodox method of ensuring needles and injections remain uncontaminated. The medical system makes use of the blue blood of the Horseshoe Crab in order to ensure that needles are clean. The blood of the Horseshoe Crab has a unique ability to prevent the contamination of medicines to be injected as well. For instance, it is a vital part of the process for preventing contamination of the Covid-19 vaccines.

The blood which is milky blue in appearance possesses an important component that protects medicines against contamination. It has been a part of the United States medical system for quite some time. In order to have a steady supply of the Horseshoe Crab’s blood, harvesters capture these crabs and take them to laboratories every year.

Blue Blood Of The Horseshoe Crab Prevents Contamination Of Needle

Laboratories then drain the blood from these crabs and they are returned to the sea. This practice seems to have garnered a mixed response from the public. The reason for this being, conservationists have criticized this method due to the fact that some of the Horseshoe crabs don’t survive this bleeding process.

The reason for the efficacy of the Horseshoe Crabs blood is due to the high levels of copper that give the blood its blue color. Blue blood consists of certain proteins that are a necessity for the preparation of the LAL tests. The LAL test or the Limulus Amebocyte Lysate test involves the extraction of the Crabs blood.

The Horseshoe Crabs are the only natural source for these proteins and synthesized versions of the proteins are not considered a viable alternative by the United States scientific and medical community. This means that to access the necessary proteins, the Horseshoe Crabs will have to continue to be subjected to this annual bleeding process.

The majority of the Horseshoe Crabs are found on the coast of South Carolina. South Carolina’s Governor, Henry McMaster has demonstrated his support for the industry. He recognized the need for this process particularly now for the development of the current medical system. However, Governor Henry McMaster has also acknowledged the need to look into the environmental implications of this process of the bloodletting of the Horseshoe Crabs.

According to a statement by Governor McMaster, the annual bloodletting process of the Horseshoe Crabs is important as it allows the United States medical system to operate independently without help or intervention from foreign countries. The Horseshoe Crabs or Limulus polyphemus are arthropods found in the Atlantic Ocean. They are shaped like helmets with long tails. They share greater similarities with scorpions rather than with other Crabs.

These arthropods have existed since the times before the dinosaurs. These aquatic creatures have been residents of the oceanic waters for hundreds of millions of years. Horseshoe Crabs have proven to be important contributions to the food cycle as well. The Horseshoe Crabs’ eggs are found to be a principal source of fat for a large variety of migratory shorebirds.

Scientists and researchers discovered a multitude of uses in preventing contamination and infection in the 1950s. Scientists discovered their use when conducting research into the immune system and immune response to bacteria being injected into these Horseshoe Crabs. With the help of these research findings, the LAL test was able to be developed. The test has been an important part of the United States medical system since the 1970s when it was first enforced to ensure the Medicines and needles remain uncontaminated.

According to the Atlantic States Marine Fisheries Commission, there has been an increase in the medical use of Crabs by biomedical laboratories in 2018 numbering 464,482 crabs. 55 % of injectable and medical tools is tested by a Massachusetts-based company located in South Carolina involves the testing and manufacture of dialysis solutions, IV bags as well as surgical cleaning wipes.

The senior vice president of the company, Foster Jordan explains that the company is responsible for protecting and maintaining the cleanliness and hygiene levels of medicines and medical tools. He explains that they are the last line of defense that tests and prevents contamination of injectable medicines. In a year, the need to meet this demand is met by 100,000 to 150,000 Horseshoe Crabs and there is still a need for more.