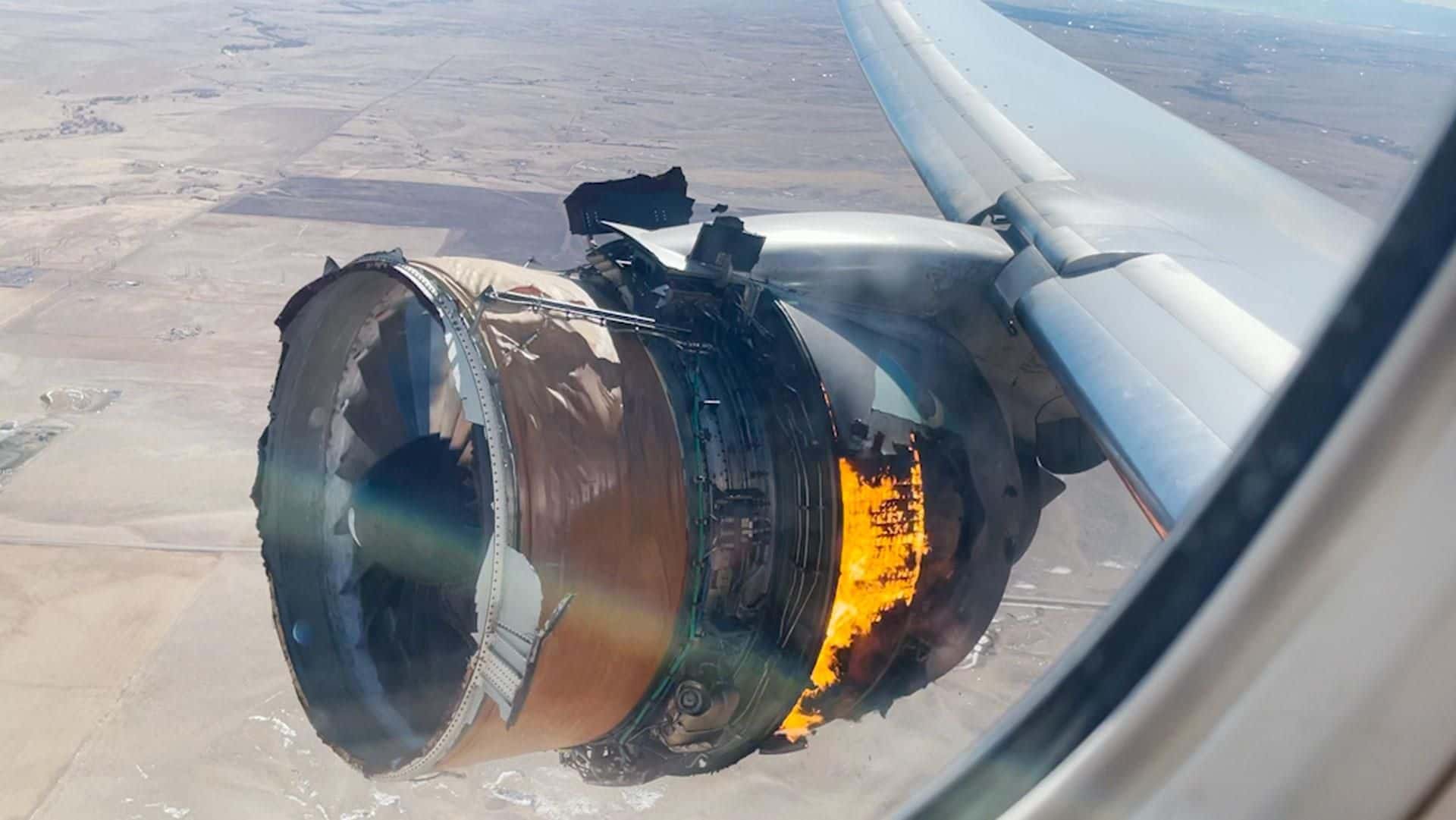 People in Denver were suddenly shocked by a sonic boom and a vast black cloud of smoke in the sky. According to one of the residents, Kieran Cain, he and his kids witnessed a shower of things falling from the sky. It certainly looked like the remains of an aircraft.

Travis Loock also heard a similar sonic boom at an elevation of about 10,000 feet from the ground. The only difference, the sound was from the same plane he was on board- the United flight 328. The flight had taken off from Honolulu.

Minutes after the take-off, the engines failed. While returning to the Denver international airport, the plane engine showered engine debris at homes and yards in Denver.

According to the National transportation safety board (NTSB) statement, initial investigations were carried out on the Pratt and Whitney PW4077 engine from the fateful flight. The initial investigation found two fractured fan blades. The remaining blades were exhibiting damage at the leading edges and the tips.

According to NTSB, the damage reported are just the initial findings that cannot be concluded as final. Further investigations are required to find out the exact cause of the engine failure. However, the initial findings will prove beneficial in assessing the actual cause.

After the incident, Boeing is suggesting to suspend the flights 777s that fly on this particular engine. While Boeing is still proposing to fly with the engine, the United Arab Emirates has already pulled the Pratt And Whitney 4000 engine soon after the incident.

The Federal Aviation Administration (FAA) is also investigating the incident along with the NTSB.

Loock, while on plane, has already shared a video showing the engine has completely stripped of its outer covering.

Loock said that he could see the engine, but many people could not see the engine’s status, and he was a bit more worried than others and felt that something was definitely not right.

He added that the commuters of the flight were glad to know that they were not yet on the ocean where the flight was heading.

NTSB team has reached the site to collect the debris of the engine from United flight 328. While NTSB is still investigating the causes behind the engine failure, Boeing is recommending to halt the operation of 777s that use the particular engine for the time being. Boeing said that until the NTSB identifies a proper and appropriate investigation, the Pratty and Whitney 4000 engine flights are called off.

While debris of the engine was seen showing at the Denver city, the police immediately informed the situation. Given that a lot of engine remains fell to the grounds, rooftops, and even on playgrounds, and that some of the debris were really large in size, it is a surprise that no news of injury is yet reported.