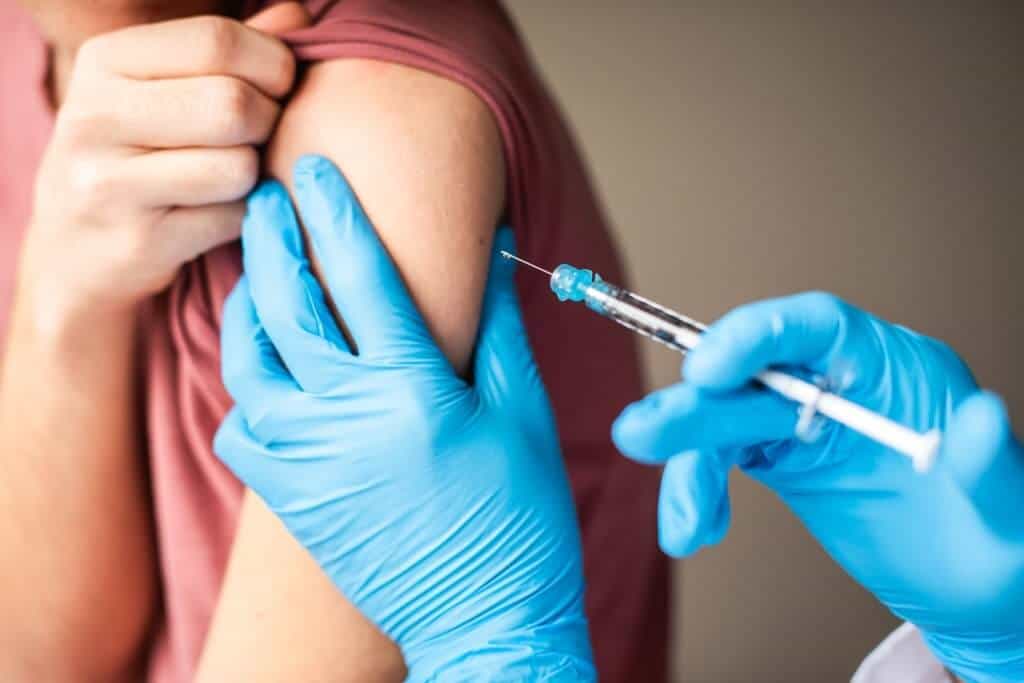 The US regulators are thinking of administering booster vaccine shots, after five months of primary vaccines, said President Joe Biden. This moves up the schedule of these shots by three months.

Speaking with Naftali Bennett, Israeli Prime Minister, he said that the US health experts are considering booster doses for the country.

Biden said that they are considering the advice they were given earlier. He said that experts are debating if the span between these shots should be shorter. It is still in the discussion whether the timeline should be as little as four to five months.

Booster Doses Are Being Considered In A Timeline Of Five Months

After the federal health experts are done reviewing data from different countries, booster doses are expected to be approved after Labor Day.

Dr. Francis Collins, the National Institute of Health’s director, said that Israel’s data of COVID-19 vaccine effectiveness has forced them to rethink their stand on booster doses. New data was disclosed on 16th August by Israel that showed that the effectiveness of COVID-19 vaccines wore off against fully vaccinated people aged 65 and above, who took shots in January or February.

On Sunday, Israel released data that concluded that booster doses increased protection against COVID-19 up to four times, especially against delta variant, in comparison with two primary doses. Citing the Ministry of Health of Israel’s data, Reuters reported that this protection is mainly for people aged 60 years and above. Studies suggest that booster shots are five to sixfold protection against severe hospitalizations and deaths.

Jen Psaki, White House spokeswoman, said that before taking any decisions in health guidance, Joe Biden would consult the Centers for Disease Control and Prevention and the Food and Drug Administration. The primary study suggests booster doses be administered after eight months.

In a briefing on Monday, she clarified that any change in guidance would be abided by the agencies. She added for people watching from their homes that nothing yet has been changed about the span of eight months for booster doses.

The drug regulator of the European Union said that they do not have enough medical research on whether booster COVID-19 shots should be administered. On the other hand, Austria plans on booster doses against COVID-19 after nine months after administering their second dose.

Belgium has approved boosters for people with compromised immune systems. They’re still examining boosters for elderly people. Britain is debating booster doses after their chief medical advisors have advised them. They are planning on buying 60 million Pfizer and BioNTech vaccines before running a booster program.

Canada’s chief medical officer said that Ontario province will start administering booster COVID-19 shots to vulnerable people this week. Many countries including Hungary, Germany, and the Dominican Republic have started giving booster doses to their people and many are considering it.

On August 17, the Health Ministry of the Czech Republic, Adam Vojtech, said that some communities in their country will require a third booster vaccine shot. Immunocompromised people of Denmark will get booster shots from next week, informed the Danish Health Ministry. In early July, health authorities of Dominican began giving out voluntary booster doses.

Booster doses of Pfizer vaccines contain threefold protection against the coronavirus, said the company. According to Reuters, Pfizer is speeding to get FDA approval for booster shots.

After the final written approval by the Food and Drug Administration and green signal clearance by the Centers for Disease Control and Prevention, the distribution of booster doses will likely begin by 20th September. The vaccine manufacturers and the Biden-led administration want to stock enough booster shots before administering.