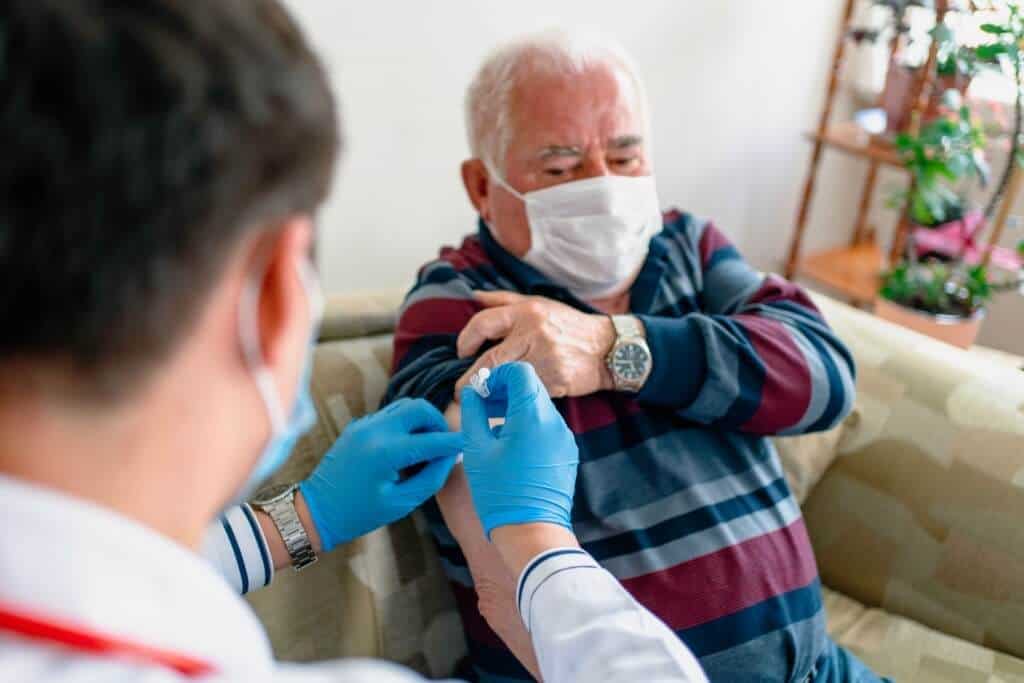 With the covid Delta variant spreading all across the US, the FDA on Friday decided that the Pfizer`s booster shot to be made available only to the people above the age of 65 and that too after 6 months of their 2nd dose or for people who are at high risk of severe illness. CDC and other health care professionals are meeting next week to decide the final rollout of these vaccines.

Booster Shots To Be Made Available For Older People

Around 54.4% of the total US population has been fully vaccinated and health care experts stated that booster shots are not the key to end this pandemic. Dr. Paul Offit from FDA stated that vaccinating all eligible Americans is still the main priority of the FDA in combating the covid virus.

CDC stated that on Thursday the number of deaths across the US was 1464 which is the highest since March. The Governor of West Virginia has asked all of its eligible citizens to get vaccinated as only 40.1% of the state has been fully vaccinated yet and as of now, 74 people have died from the virus.

Health care office Dr. Scott Harris on Friday said that the only reason that there are more hospital beds in Alabama is because of double digits death rate in the state. He further stated that there are only 2 ways in which a person can exit from the hospital and one of which is not a good way and one’s family should not go through that pain.

Only 41% of the state has been fully vaccinated and there are an average of 50 deaths every day and sometimes even 60 as well. It has also been noted that 7 pregnant women have died in this state since the pandemic began.

FDA meeting says OK for booster shots but the voting got quite messy as many of the health care workers and scientists stated that Pfizer did not provide enough data supporting their claim for the booster shots and most of the data was based on the Israeli data wherein they were seeing less efficacy in people after 6 months of vaccination.

The Israeli data suggested that giving booster doses helped many people to increase their immunity. However, the scientist and other board members concluded that there was not enough data and an untested vaccine cannot be given to the general population at this point in time.

Florida on the other hand is seeing a decline in the covid cases, the state has seen at least 50,000 deaths since the covid 19 began and is considered as a hotspot for the virus. In August alone the Orange County has seen 327 deaths which are quite high.

Mayor Jerry Demings stated that around 72% of the residents of the county have been vaccinated at least once which is a good sign and is helping to curb the virus and breaking its chain.

Overall, Florida had seen 1,00,000 cases in the last week which is now declining at is at 80,000 which is quite a development. The Governor stated that with more people getting vaccinated daily the numbers will soon be lowered and hospitalization cases should also go down in the coming weeks. More vaccination centers have been opened up along with more resources for the state.