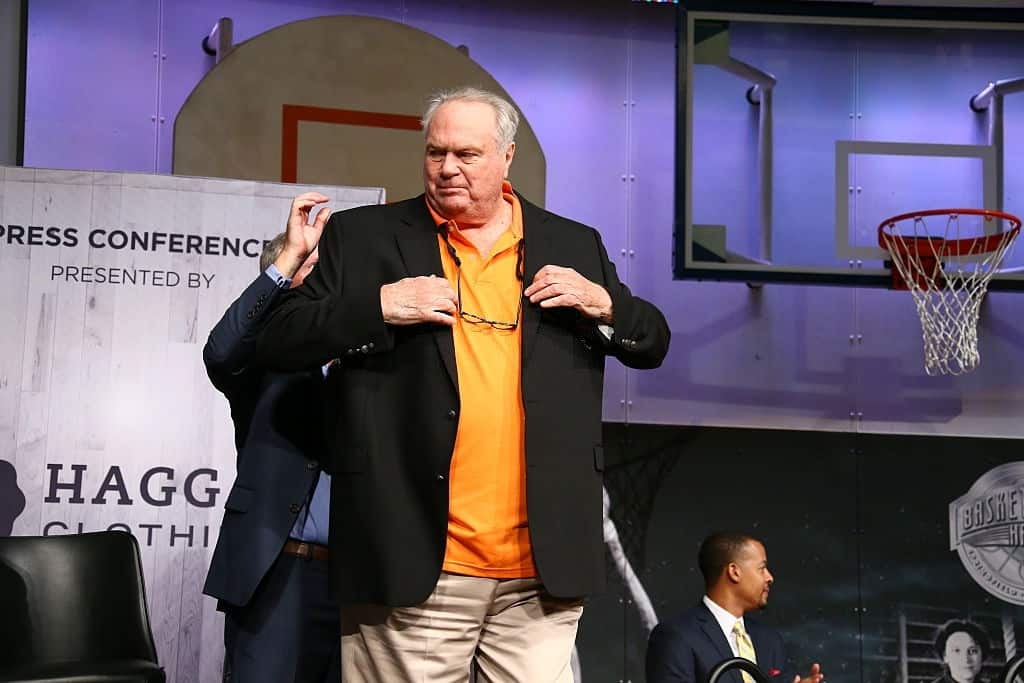 Tommy Heinsohn, who was a Boston Celtics player and coach, died on Tuesday. He was 86 and the cause of death was unknown. The Hall of Famer has won eight NBA championships and was a color commentator for the team’s television broadcast for over 30 years.

Heinsohn has played a part in all 17 of the franchise’s championships both as a player and as a coach. He joined the Celtics team in 1956 and was NBA Rookie of the year for the 1956-1957 season. Heinsohn was selected to six All-star teams and won eight championships as a player, the team said in a statement. One of Heinsohn’s best career performances happened in Game 7 of the NBA Finals in 1957 against the St. Louis Hawks and led the Celtics team to capture their first championship banner.

While retiring in 1965, he had finished his career with 12,194 points and 5,749 rebounds. The Celtics team owner said, “ This is a devastating loss. Tommy was the ultimate Celtic. For the past 18 years, our ownership group has relied hugely on Tommy’s advice and insights and have revealed in his hundreds of stories about Red Auerbach, Bill Russell and how the Celtics became a dynasty.

He will be remembered forever.” Heinsohan played college basketball at Holy Cross in Worcester before drafting to the Celtics. “He was synonymous with success and was one of the few basketball greats inducted into the Naismith Memorial Basketball Hall of Fame as both a player and a coach. Celtics games will not be the same without Tommy, and he will be dearly missed by those who share his fervor for basketball.

We extend our deepest sympathies to Tommy’s family, his friends and the Celtics organization,” said NBA commissioner Adam Silver.

Heinsohan was born on August 26, 1934, in Jersey City, New Jersey. He led Holy Cross to the 1954 NIT championship and the new generation came to love him through his commentary. “He proved to be a true players’ coach, respected and admired by many, but especially the people of Boston and Celtics fans everywhere,” said Hall of Fame president and CEO John Doleva.

The Celtics team said in s statement, “ It’s hard to imagine the Boston Celtics without Tommy Heinsohn. There isn’t a generation of Celtics fans for whom Tommy’s presence hasn’t been felt. He is the only person to be an active participant in each of the Celtics’ 17 world championships, an extraordinary and singular legacy.” he had fought to create NBA players’ pension plan which had become highly controversial.

Heinsohn was an All-American for the following two seasons and was the Celtics team’s leading scorer in four of those championship winning seasons. When the Celtics won a record 68 games, Heinsohn was named an NBA Coach of the year in 1973.

He was selected to the Naismith Memorial Basketball Hall of Fame as a player in 1986 and as a coach in 2015, and he was only the fourth player ever to be selected as both player and coach.

His mysterious career as a player in Celtics team rewarded him Hall of Fame honors in 1986 and his jersey with number 15 hangs at TD Garden. In 2015, he was rewarded with the Hall of Fame again and this time as a coach. Heinsohn remained loyal to the Celtics franchise, becoming a color commentator for the team together with Mike Gorman.

Heinsohn and Gorman were the longest continuous on-air duo in professional sports. “Roughly 2800 times I sat down with Tommy to broadcast a game. Every time it was special. HOF player…HOF coach…HOF partner. Celtics Nation has lost its finest voice.

Rest In Peace my friend. It has been the privilege of my professional life to be the Mike in Mike & Tommy,” Gorman tweeted. NBA players, coaches, other Celtics team players expressed their condolences on social media.