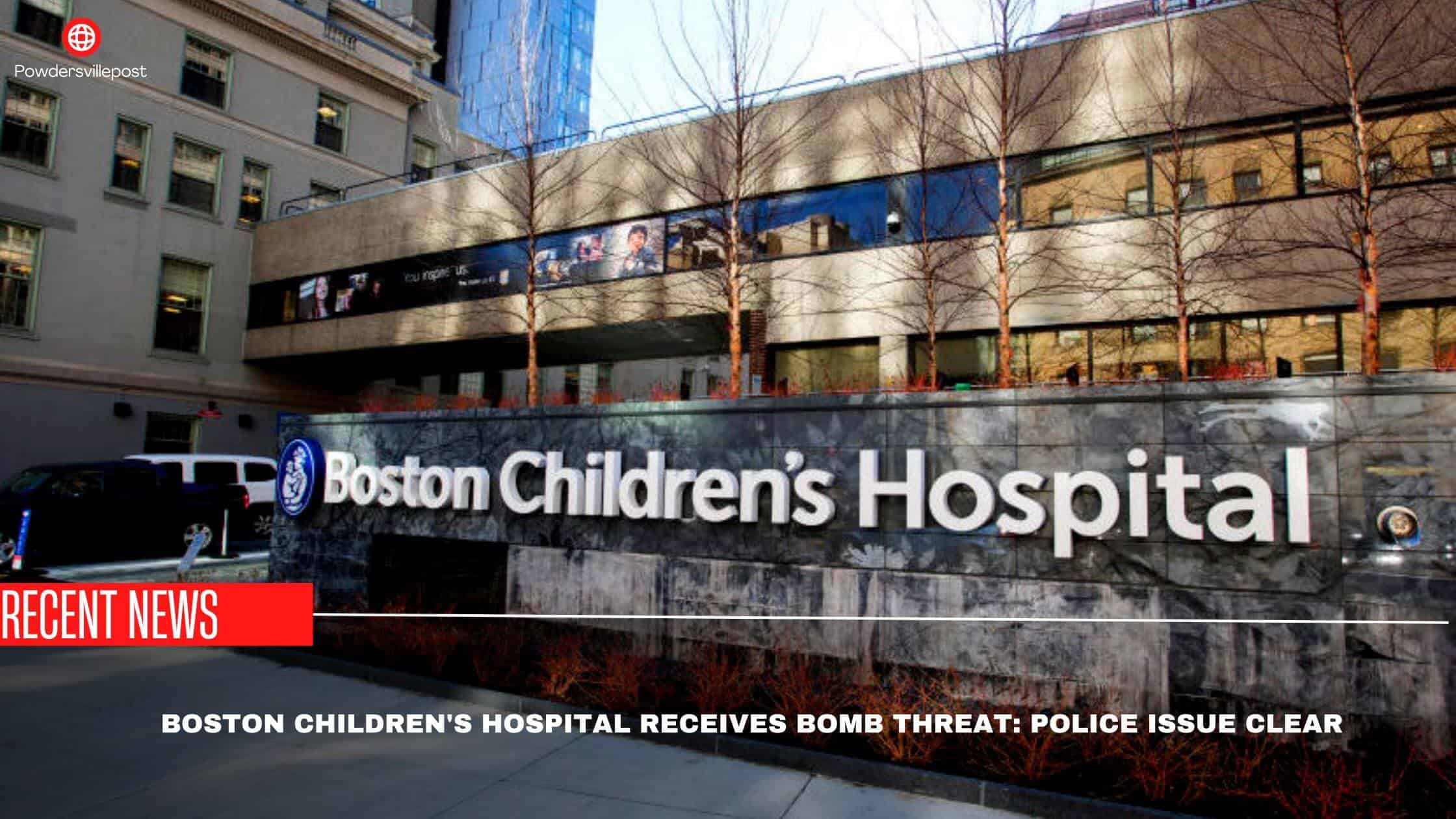 It has been discovered in Boston that the famous Boston children’s hospital has recently received a bomb threat from unknown sources.

This news has been confirmed by the police. The reason the warning has been issued to the hospital is because the hospital is trying to provide transgender and other types of non-binary youth services.

It has been for the third time that this Hospital has been selected for a bomb threat. The situation is basically under control for the time being and there is nothing to worry about the safety of the patients who have been admitted to the hospital.

It is important to understand that law enforcement authorities are functioning in order to increase the security of the hospital.

The immediate response of the police has been able to control the moment for the time being. In such a situation the exact reason behind all of this has to be decided at every cost. The police have given all the statements to the public in order to settle them down.

The police department has basically found a message from the Boston children’s hospital that something is not right for the time being.

Upon investigation, it was discovered that around 10:30 a.m. on Wednesday a call and an email were delivered to the official address of the hospital in which a clear warning to bomb the hospital was issued. The email was sent with the help of a Proton mail account.

This is basically a kind of email account that is used by people for sending emails without being tracked. This is one of the easiest forms of communication without revealing the exact identity of the sender.

It was also discovered that the text of the email clearly notified the hospital authorities with respect to the placement of two bombs on either side of the hospital.

In fact, The Warning was also issued against the doctors that they should avoid continuing the gender multispeciality service program. If this program is not stopped in a reasonable time then the hospital building would be bombed and nobody would be saved alive.

What is the reason behind such a warning?

The Boston hospital of children is one of the most important institutional Research Centers that has become the first institution to initiate gender-neutral therapy programs. The programs aim to provide gender-affirming care. The usage of hormone blockers and different types of therapy were also a part of this program.

But this initiative by the hospital is not liked by many people and many protests have been waged against the hospital so that it can take back its policies. The hospital was not even paying substantial consideration to all of these protests but after it received bomb threats, it has become a major matter of concern for the hospital.

It was in the month of August and September that two successive bomb Threats were discovered. It is believed according to the evidence collected that everything has been planned by the far-right agitators.

Nothing serious has taken place on the premises of the hospital for the time being but it is not known when a bomb threat will get converted into an actual bombarding of the hospital. This is one of the most important concerns which must be taken into consideration.

🔵Once Saluted As Heroes, Health Workers In U.S Are Now Getting Threats

The security of the hospital has been tightened over the period of time. The best possible efforts are being made in order to bring the best result. It is only with the help of all of these factors that better assistance could be provided in the long run.