It feels as if the 2020 elections will be marked with a golden pen in the history of America. With every day you get to read a new thing, there is another shocking news that has been provided by reliable sources. The manager who manages the campaigns of Donald Trump has been hospitalized. His name is Brad Parscale, and he was trying to harm himself. When they got a call, the police reached his place, stating that an armed man is trying to kill himself. 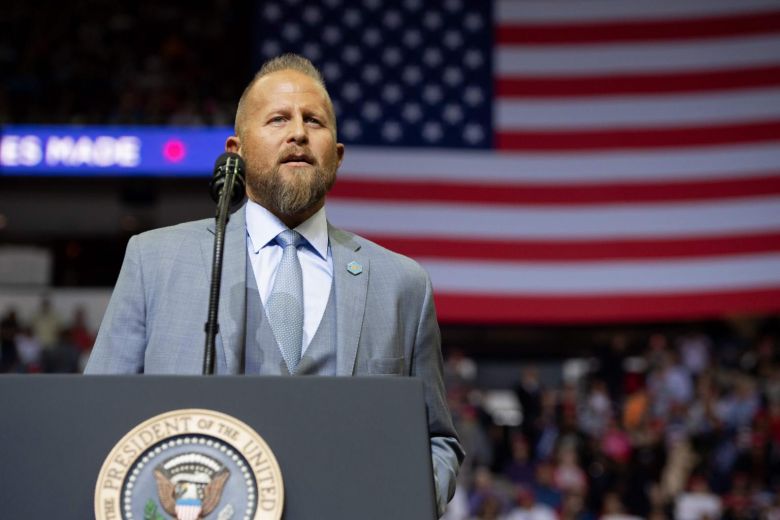 The police reached his home, and his wife informed them that he has been carrying licensed arms and is trying to harm himself. The officers also told that the only person they found in the home was Parsacle himself. The officers informed that he did not have any kind of injury, and there has been no harm. The situation was under control, and he was saved from killing himself. Parscale has been transported to the hospital and will be interrogated under the Baker act. Later the police officials informed that they got a call from Brad’s wife. She informed them that he might harm himself as there are many arms in their house, which was when SWAT came into action and got hold of him.

Parscale did not create any scene, and he quietly surrendered to the police. He was taken to the hospital for medical checks. Parscale was in depression and was not feeling good after he was demoted after the rally held in Tulsa from his position. He was still in a major position, but this was still not the case for him, and he started maintaining a distance. His colleagues also said that after the demotion, he did not come to the office regularly. The campaign communicator who handles everything regarding the rallies for Donald Trump said she is shocked by this news. They all are a family, and Trump is very fond of his team. She also said that they are all ready to support him to the core and be there for his family. She said that Parscale did not talk to anyone and nor did he share any ongoing problems. Everyone in the team is shocked as to what made him take the step.

Parscale has been booked with the baker act. This act takes care of the people who have some kind of mental illness going on. Committing suicide or trying to commit one is not a good thing and cannot be done with the one who has a stable peace of mind. If a person tries to commit suicide, then he has to be booked for the baker act so that his mental condition can be checked and examined. If there is any kind of treatment or counseling required, then the same is offered, and then they are sent to the rehab so that they can get some peace of mind and return to their normal life. Brad is not a new name but has been a brand himself. Trump is very fond of Parscale, and he was also known as the digital guru during the first election time of Trump. He has been there and has been working with Trump for many years, and even before Trump place the Presidential bid. He has been a part of the family.

One of the officials said that Parscale was hurt when he was demoted. He could not resist this thing, and the day he got the letter, tears could be seen in his eyes. He also informed that Brad did not talk with anyone, and he just cleaned his table and left the office with all his things. It was just ten days before that he was seen in the office again, and after that, no one had any idea as Brad had cut off with everyone. His wife had said that he had issues about the demotion, and he took it with a very heavy heart. It was not an easy thing to digest for him. He decided a negative way and slipped into depression.

After Trump had won the elections, the last time he invited Parscale and made him join the team and be a part of his allies. Brad was very happy working with the President and was enjoying his work. In 2018 he became the manager of Trump’s campaigns. Everything was going great until after the Tulsa campaign, Trump sent him a letter and demoted him from the position.You have a family, and you need to be very serious about the responsibilities you share. Suicide is not an answer to anything. You need to talk to your family members or take counseling. Your friends are the first ones who will be there to help you out whenever you are in need. One of the officials was disturbed with what Brad tried to do. Heals said that they all are like a family and have been in the team since day 1. Brad was always the one who was strict about his duties. Nobody had any idea why he was demoted from his position.

One of the officials also said that they could not ask the President why he took this decision. But yes, the letter made Brad sad and disturbed. He also did not answer the officer’s calls and was not active on the social media group. The police also tried to ask questions from him, but the doctors said that he needs rest and must be left alone for some time to recover and come out of the trauma. The news of the suicide attempt spread like wildfire and must have reached Trump till now. Everyone is waiting for the President to make a statement. Brad Parscale is fine and will be counseled and interrogated by the police. The officers have also told that he might be sent to the rehab if needed. Everyone hopes that Brad comes out as a strong person and resumes back to work.